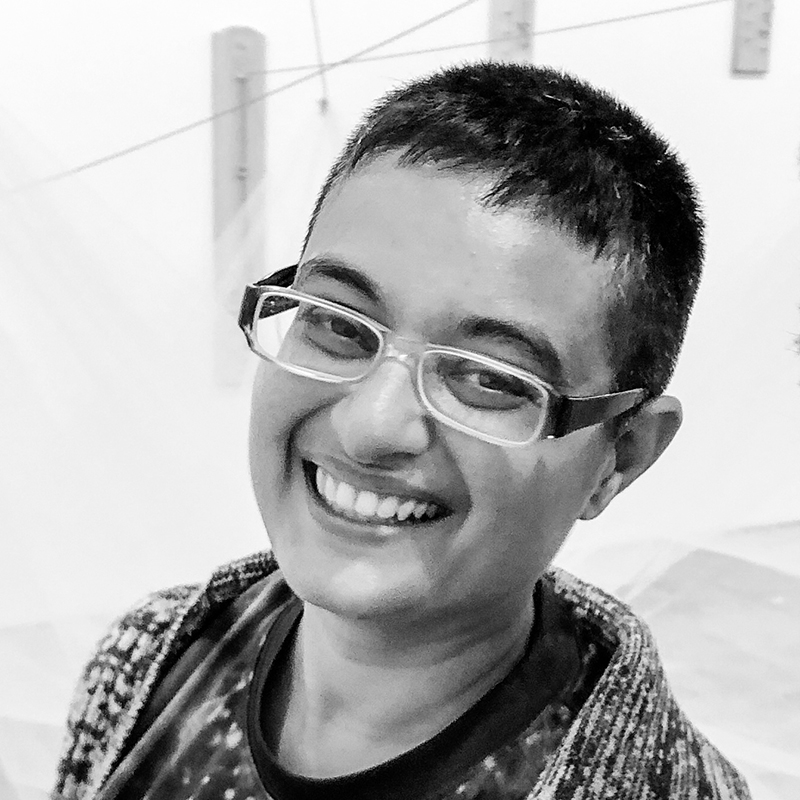 Neha Choksi works in performance, video, installation, sculpture, and other formats. Her work disrupts logic by setting up poetic and absurd interventions in the lives of everything—from stone to plant, animal to self, friends to institutions. In her process, she embraces a confluence of disciplines, often through collaborative and lived performances that negotiate relationships in unconventional settings. The work allows in strands of her intellectual, cultural and social contexts to revisit the entanglements of time, consciousness, and socialization. Her most recent work-in-progress, Elementary, is a long-term, multi-format project that stems from a lived performance wherein she attends for an entire academic year (2018-2019) a Los Angeles public elementary school as a kindergarten student.

Recent honors include the 2019 California Community Foundation Fellowship for Visual Artists, the designation of Cultural Trailblazer by the City of Los Angeles Department of Cultural Affairs for 2017-2018 and 2019-2020, and the India Today Best New Media Artist of the Year Award for 2017.  A monograph on a single artwork, Dismantling, was published in 2018.  She serves on the editorial board of the Los Angeles-based arts journal, X-TRA. Choksi received her double BA in Greek and in Art from the University of California, Los Angeles, and an MA in classics from Columbia University.  She lives and works in Los Angeles and Bombay, India.