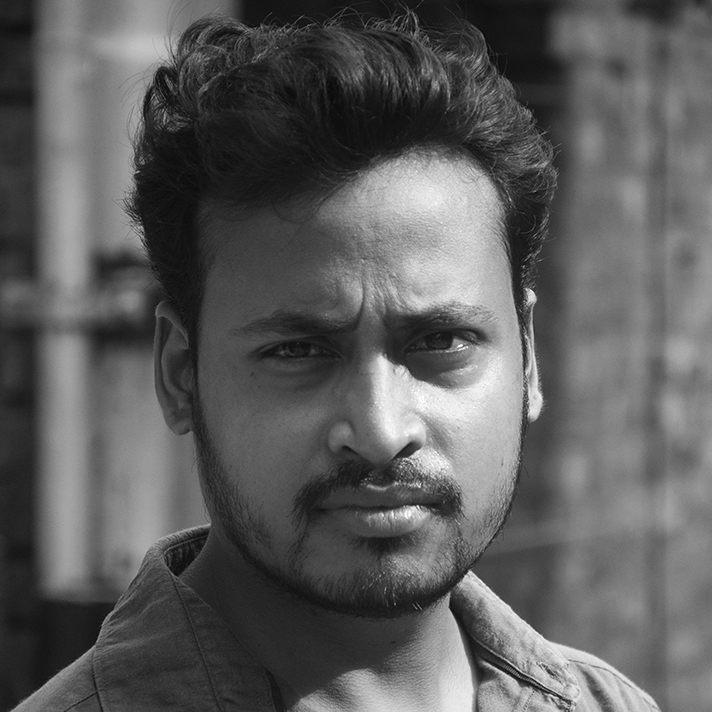 Khageswar Rout born (1992) in an agrarian family in rural Odisha completed his graduation in 2014 and post-graduation in 2016 from the Department of Sculpture, Faculty of Visual Arts, Rabindra Bharati University, Kolkata. His interests in botanical specimens lead him to draw his sculptural designs from the logic of vegetal forms. His conscious use of the fundamental material like clay translated to complex and sophisticated ceramic and at times designs in metal are an insight not only into organic growth, but also a realisation of architectonic forms. Khageswar contemplates a practice based on an idea of reconciliation between realised formal logic and intuitions. His inclinations towards exploration of material and a slow and careful handling of the same is intrinsic to natural forms, he aspires to realise. He has attended residencies focussing on explorations of material and has been a Lalit Kala Akademi research scholar in 2018. He has also been recognised as a promising young sculptor through awards by significant platforms of arts. He has represented Project 88, Mumbai in Frieze, London, 2018. Galarie 88, Kolkata organised his solo exhibition in 2016. He has also participated in group shows.

The artist lives and works in Kolkata.