“Ghosts do not haunt, they regress. Just as when you need to go to sleep you think of trees or lawns, you are taking instant symbolic refuge in a ready-made iconography of early safety and satisfaction. That exact place is where ghosts go.”

This place to where ghosts regress isn’t always allotted to a time before the arrival of sleep. Sometimes one finds oneself transported to this corpse through the most wakeful and banal encounters. Since the outbreak of the pandemic, the grating bareness of death, illness and precarity has seeded itself within the symbolic refuge of early safety that Porter alludes to. Now the ghosts are among us, our consociates. The churn of our time impels us to invent a language to honour this alliance and find a way to grieve collectively. Tested obituarial modes of lament, eulogy, and regret don’t suffice anymore. The sheer scale of loss, its systemic underpinnings, and the ongoing efforts of the state to deny its occurrence and erase its memory call for a recalibration. How do we relate to the too many we have lost and the world after their departure? The comfort of regress and the transformative potential of the encounter vie for spiritual legitimacy in the audience of ghosts and beings alike. 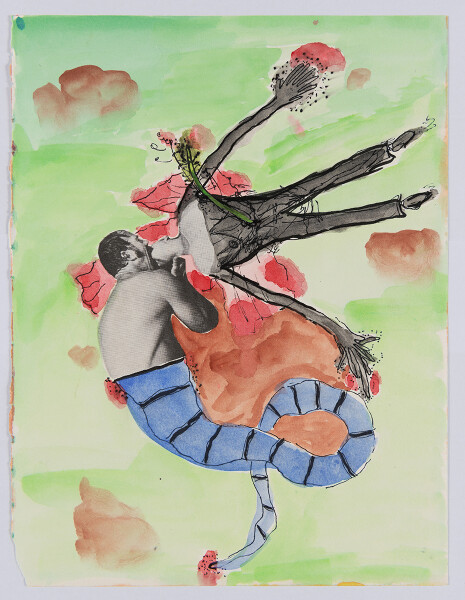 The instinctive awareness of language’s frigidity to address this grief has made online condolence meetings very quiet affairs. People hardly speak now because they know the things they used to say when someone died cannot be said anymore. ‘Destiny is all powerful, there is nothing anyone could have done to stop this’ was a standard utterance with customized variations depending on the kind of death being condoled. Now this time-tested adage rings hollow. Much could have been done to stop the millions of deaths that have passed through all our lives in some or the other way. These weren’t just malfunctions of fate. Their banality is not comestible within any divine logic or organic cycle of life and death; rather, it is the very source of their horror. The more we see, the less we seem to be able to say. This reverted, fallow silence also permeates thought, the exhaustion of not knowing how to think. The pangs of pointlessness from sensing a brutal flattening of assurances, edicts, and prospects assail even the most hopeful among us.

It is just when everything overflows with a fatalistic lethargy that something jumps out and makes us flinch. At one of the many burdensome quiet condolence meetings since the outbreak of the pandemic, a very strange and profound thing was said by a young woman grieving the loss of her husband. “I envy him”, she said. Her statement was devoid of the derision that the living sometimes direct towards the dead. The dead are resented for having had an out, no longer forced to live through the world’s trials and tribulations. After a cryptic silence, she corrected herself, “I envy the time we had together”. The little zoom window standing in as a vessel of her devastation kept shuffling on my screen as more people joined and some left. First row, second row, top again, second page– the image of a phrase rearranging itself. Her words clung to the edges of the image box like a rosary as she softly repeated the corrigendum. A spontaneous resistance to the blunt force of fate, the humiliation of state apathy and the engorgement of entire lives by false statistics, her envy seemed to me a gentle, powerful force. 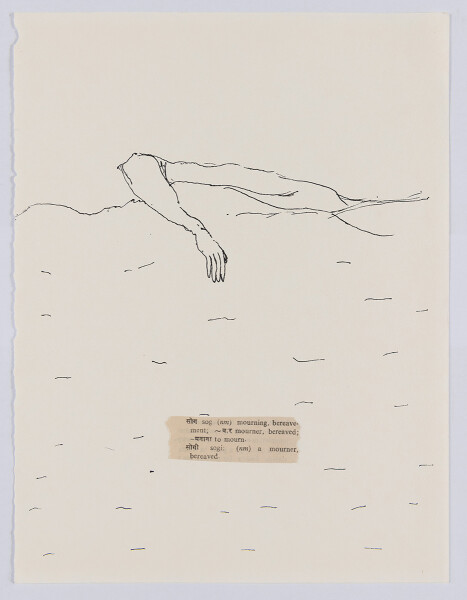 This show, The Heart of the Heart, makes a case for political envy. Unlike jealousy, which stems from the fear of losing what is already in one’s actual or notional possession, envy arises from desiring what the self lacks. This envious recognition of emptiness can be a provocation to reassess the world. The exhibition takes its title from the mathematician Alexander Grothendieck’s terrifying and fascinating formulation of a radically abstract space that escapes vision but lies at the very crux of all mathematical entities and, by extension, the entire universe. Mirroring the gap signaled by envy, this invisible, empty crux has the potential to illuminate the very foundations of mathematical knowledge. Apprehending the potency of this idea pushed Grothendieck into a life of irremediable intellectual and spiritual upheaval. The show invites us to reenter the mystical and scientific vastness of the ‘heart of the heart’ that can theoretically house all of the catastrophes, sensations, betrayals, promises, and exhilarations of our time. Perhaps it is in this doubled, shadowy, envious heart that the current feeling of everything happening at once — everything having happened before and everything happening for the first time — can sit restfully.

Produced in the time of the pandemic, the works in the show include a suspended shroud, which references the ‘Shroud of Turin’ and our contemporary experiences of the scourge of the pandemic. The shroud, which shares its title with this show, is a sacred icon, a sign, an imageless void, an homage to the departed and those still to come. Blind Rabbit (2020) is a film that interrogates institutionalized state power, police brutality, psychological fragmentation, the dissolution of events via multiplication, and the trail of terror that is left in their wake. The national emergency of 1975-77, the anti-Sikh pogrom, recent attacks on university students across the country, the massacre of Muslims in North East Delhi in 2020 do not appear as events that can be reported or captured fully, but as pulsing wounds. The film extends the idea of ‘blindness’ not as a loss of capacity but a ploy, a counterforce to the hubris of state histories and power. The show also features a series of thirteen drawings, Out of Date, which envy a time horizon beyond the events of the last two years while speaking to the collapse of language, the appearance of strange ‘lock-down dreams’, the eruption and disruption of intimacy. The Heart of the Heart moves through the detritus of dead time that prevents us from identifying sites of injury even as we are lacerated in multiple places.