Project 88 is pleased to present Counsellors, an exhibition of paintings by Amitesh Shrivastava. This is his second solo at the gallery.

Consider the terrain. Rough earth and boulders about to tumble out of grip. Long afternoons of suspense spent tracking rumours concealed in crevices. Dappled shade giving over to rushes of clear light as bodies reveal themselves only to disappear again. These are places of many dissolutions.

At its most expansive, this series of paintings by Amitesh Shrivastava contains an assembly of hundreds in the thrall of powerful intruders. The scene suggests the possibility of an exodus, and depicts the choreography of defeat, all of it threatening to tip over. Such situations appear with alarming regularity in the news chronicling the travails of individuals queuing up to submit documents, at times gathering to express dissent, caught between the lines of new laws. As Arundhati Roy describes one such condition, “Imagine a whole population of millions of people like this, debilitated, rigid with fear and worry about their documentation. It’s not a military occupation, but it’s occupation by documentation.”

From these grand theatres of incertitude, Shrivastava draws out moments of quiet intimacy and anticipation, ordinary fragments of the incredible whole. Here and there, animals lurk, sniffing out treachery, becoming companions offering unexpected respite. So, too, do the sensuous marks that are used to construct the beasts. Their furry backs dense and wondrous so as to seem like universes unto themselves, equally unsettled as their upturned habitat. Most of Shrivastava’s images fuse into each other as in a memory, with certain shards sharper than others. They are meant to recall villages around his childhood home of Khairagarh in Chhattisgarh, although they could be other locations in contemporary India, where cycles of extraction and exploitation have taken root.

All the textures and creatures here are bred from familiarity. Yet in conjuring these particular beings and circumstances, Shrivastava’s application of paint defers clarity. Figure and ground are often inseparable. The slippery impression of the immediate is the central painterly concern as is the desire to evoke the slippage between states of oppression and pleasure. Large, earthy daubs jostle with each other and come up against blue and green highlights, allowing moments of refuge from narrative. But the confident arrangement of colour never allows a total submission to abstraction. Forms vibrate into sight, even as bodies dissolve into the land. R Siva Kumar once observed that the “twilight zone between figuration and abstraction” appears across the breadth of traditional and modern Indian painting despite the changing interests of the artists. Shrivastava articulates this concern without the myths and heroes of his predecessors. No retreat into an idyll is possible now, no lore available for enchantment. We are in the hectic ground of the present from where blood is being drawn to make a future.

Within this world, the table and the chair are the most powerful instruments of change. Wherever they appear, subterfuge is afoot. Seated on the chairs are middlemen—or ‘counsellors’ as Shrivastava calls them—providing advice and accumulating knowledge. They have arrived with their seemingly benign implements, with which they will measure and draw lines, and administer through an appeal to reason. The seeds they bring will bear bitter fruit. In two of the most precise episodes depicted in this exhibition, both concerned with the consequences of the actions of interlocutors and interlopers, we encounter an impulse towards violence. In one (Counsellor 1), a man looks out with resolve while offering up a prone leopard for investigation. In another (Counsellor 2), a gunshot is fired at an unseen target, portrayed in a third painting (Dining List). The latter shows guests around a table laid for a feast about to experience the fragile economy of their transactions come undone. The desire for retribution is an ancient one but the circumstances that spur its happening in the painting emerge from the injustices of today.

Shrivastava’s project of reckoning with the rapid ‘development’ being undertaken by governments and corporations in rural India began with his first solo exhibition, Trespassers and Translators, at this gallery. Counsellors takes this concern towards the minute, to the interior lives of people only remotely seen in his earlier examinations. We are provided a view of their private conferences, stagnated by doubt and frustration, and we are given glimpses of both submission and flight. Can escape lead anywhere? This question is at the bittersweet core of Shrivastava’s work. The evasiveness of the answer, mirrored in the loose handling of paint itself, allows a fragile hope, which is given its largest expression in the painting of a boy reading against the belly of a cow (Nonverbal). The image is inspired by Shrivastava’s own experience which although remote for him now is given eternal currency on canvas.

Even as the belief in the successful enactment of sustainable change deteriorates around us, the formal and contextual ambiguities of Shrivastava’s paintings invite a brief and tentative leap out of the present, in which hiding behind the facade of hopelessness there may be ideas for future rebellions. 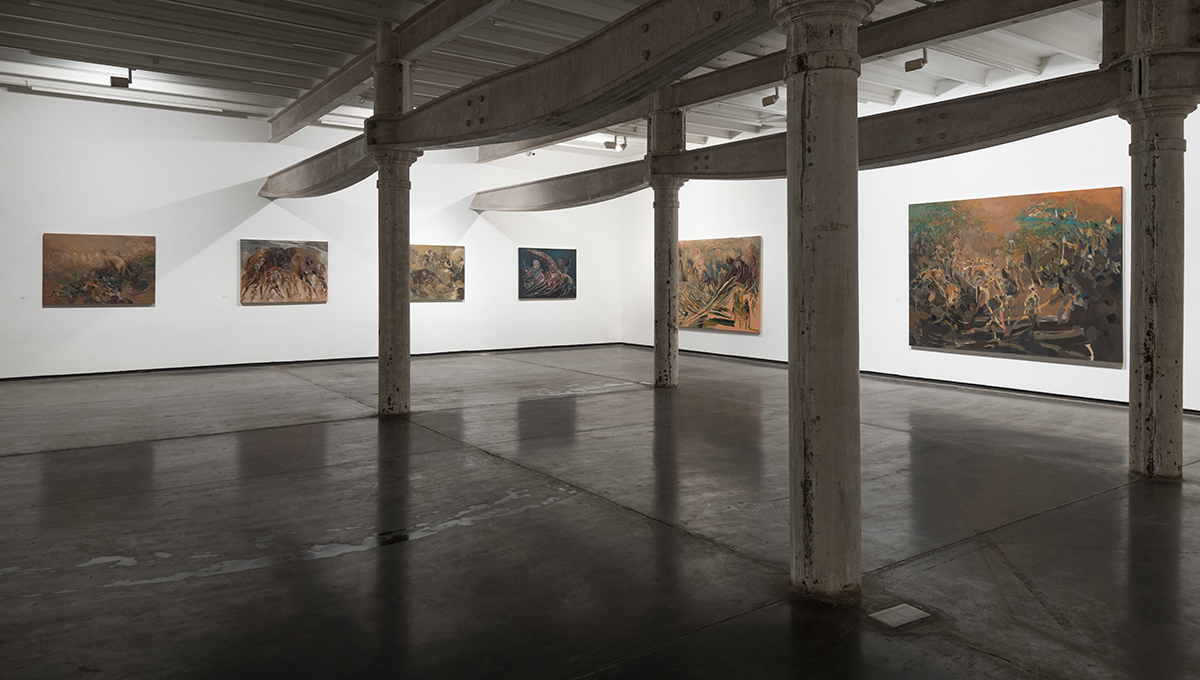 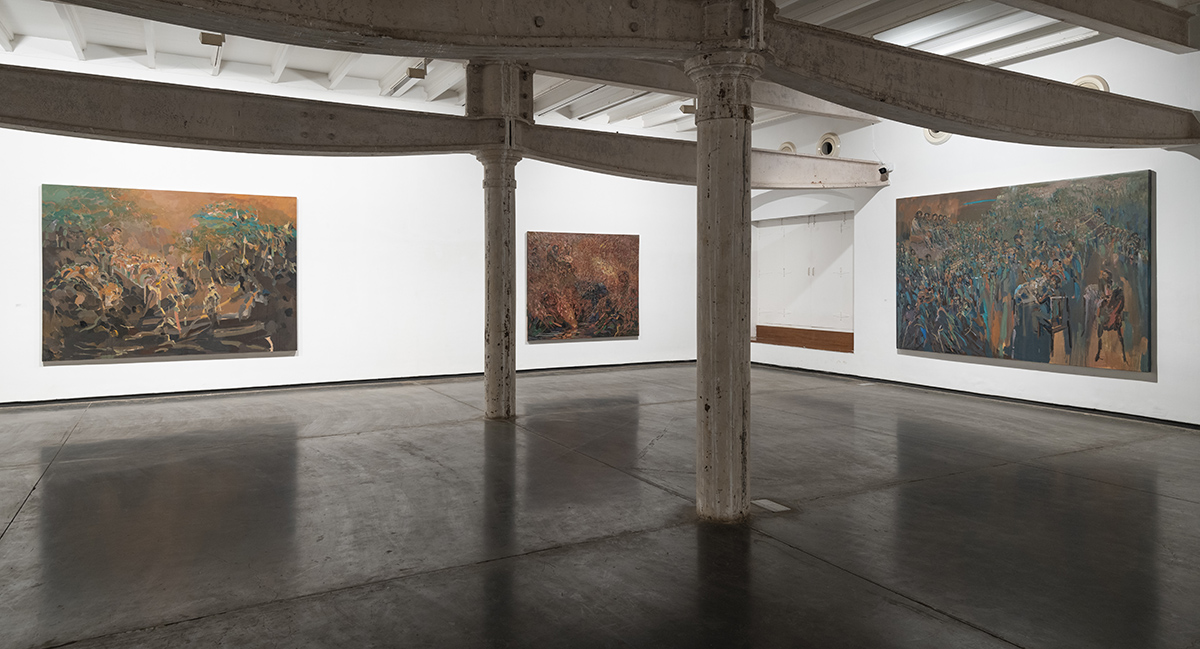 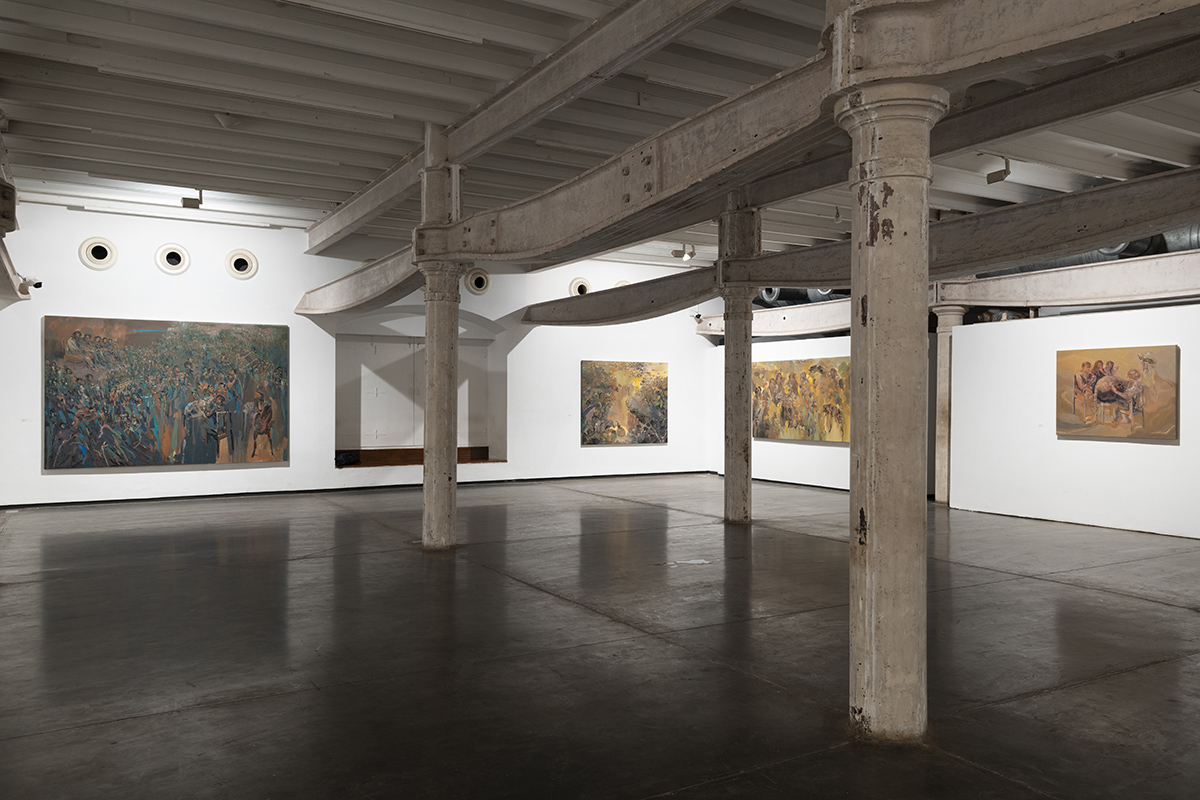 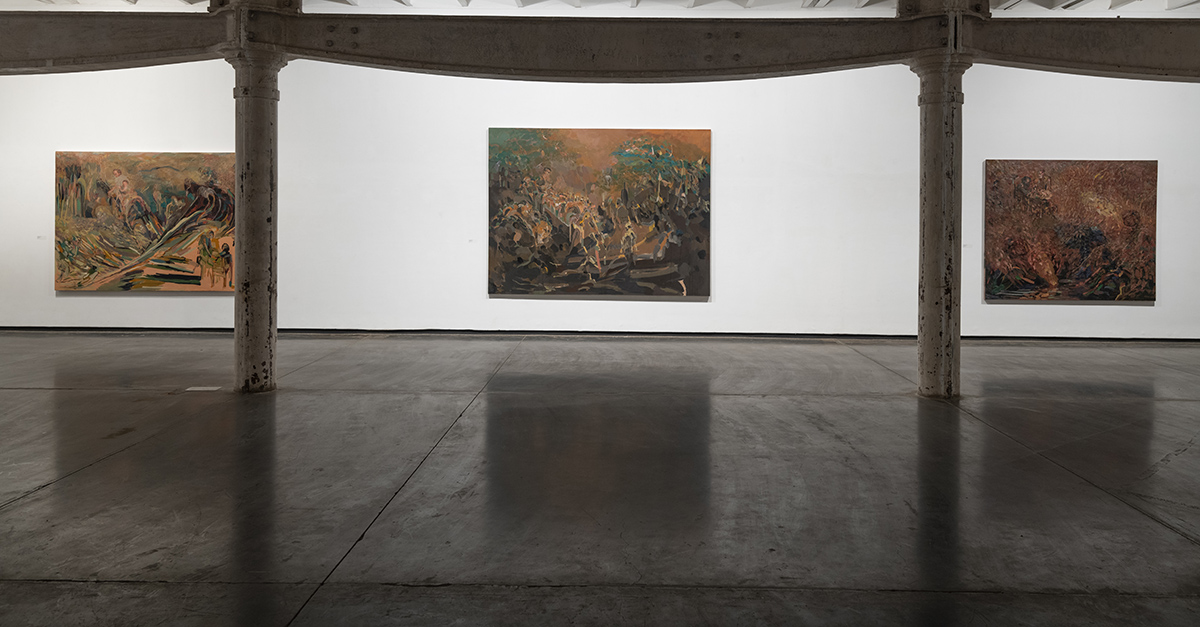 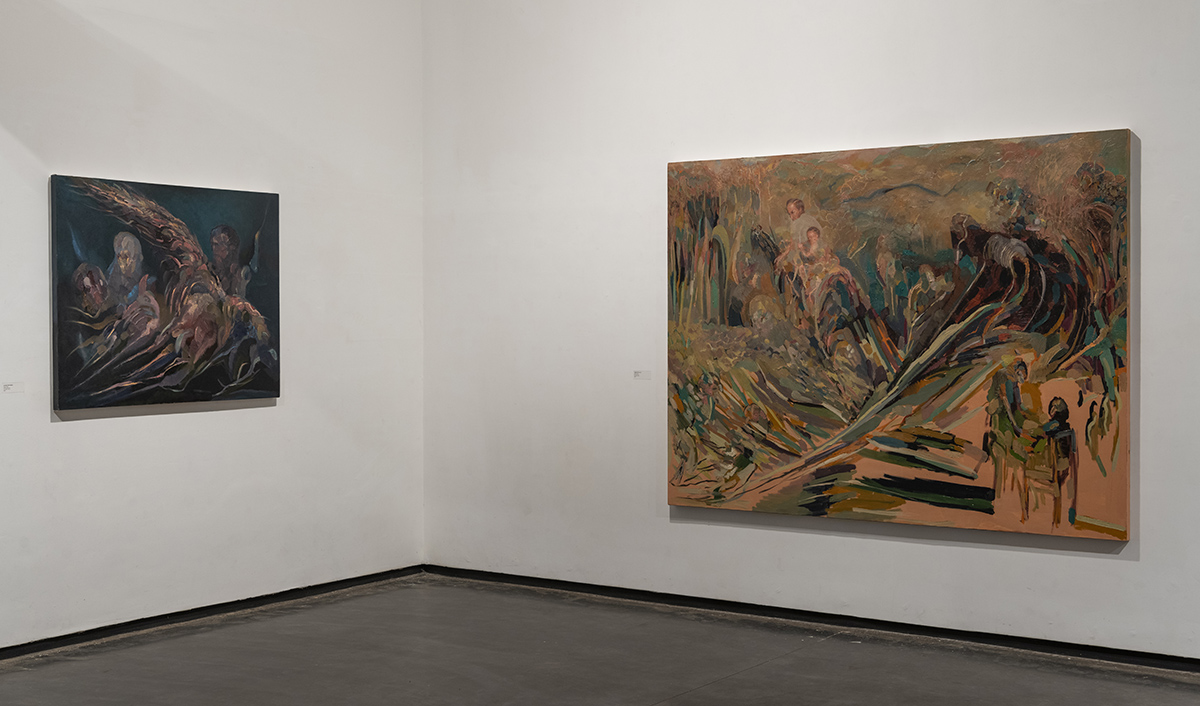 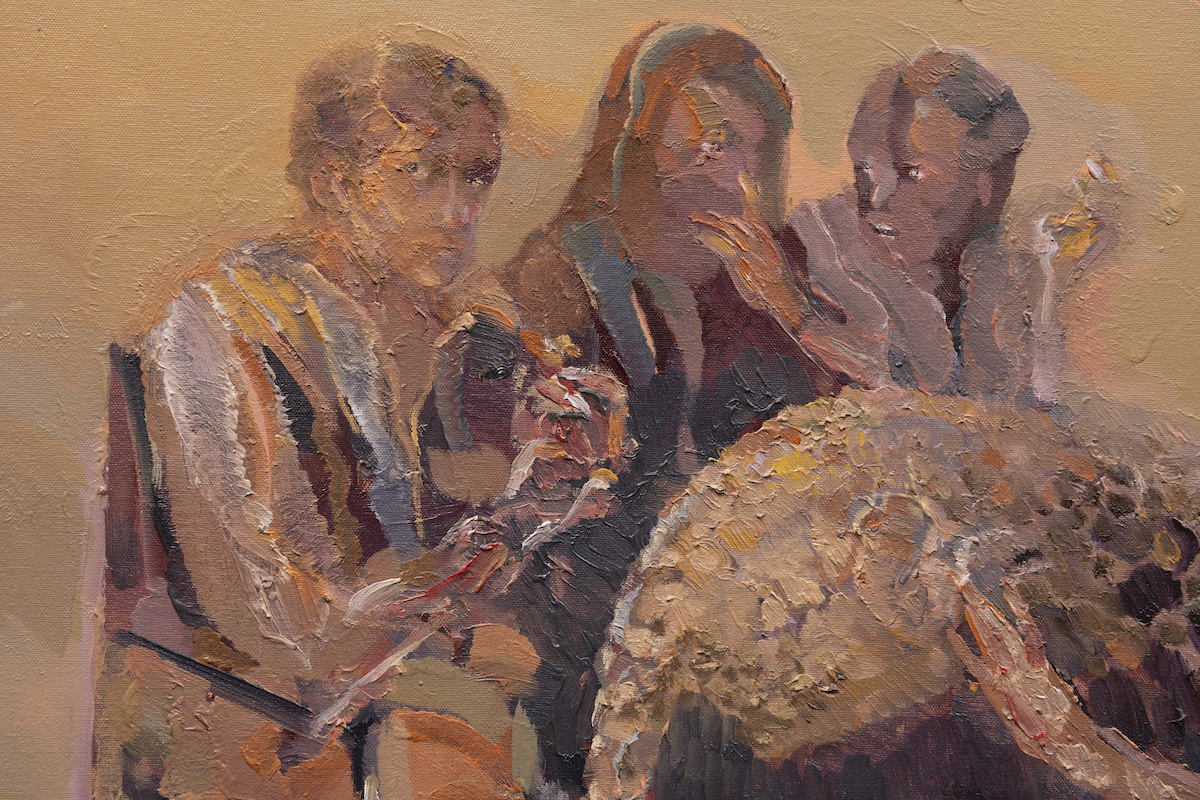 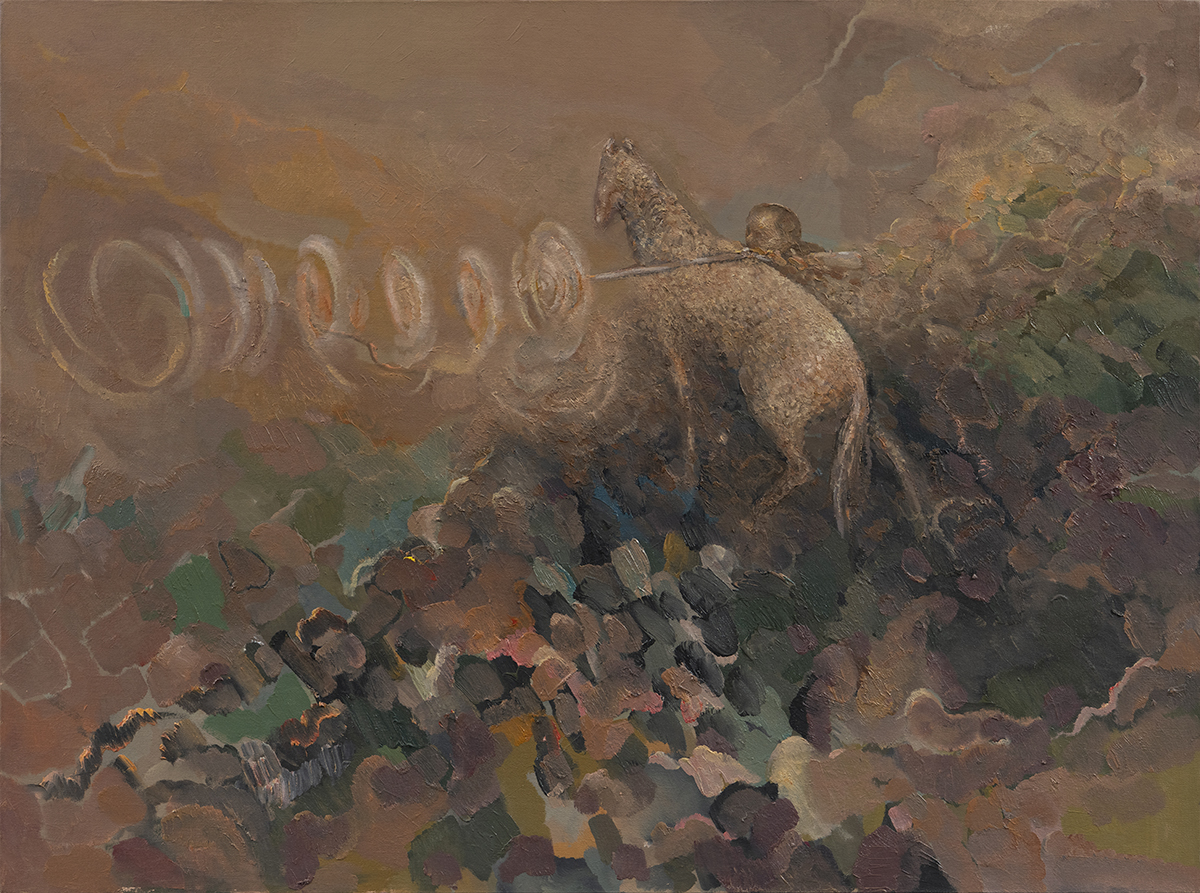 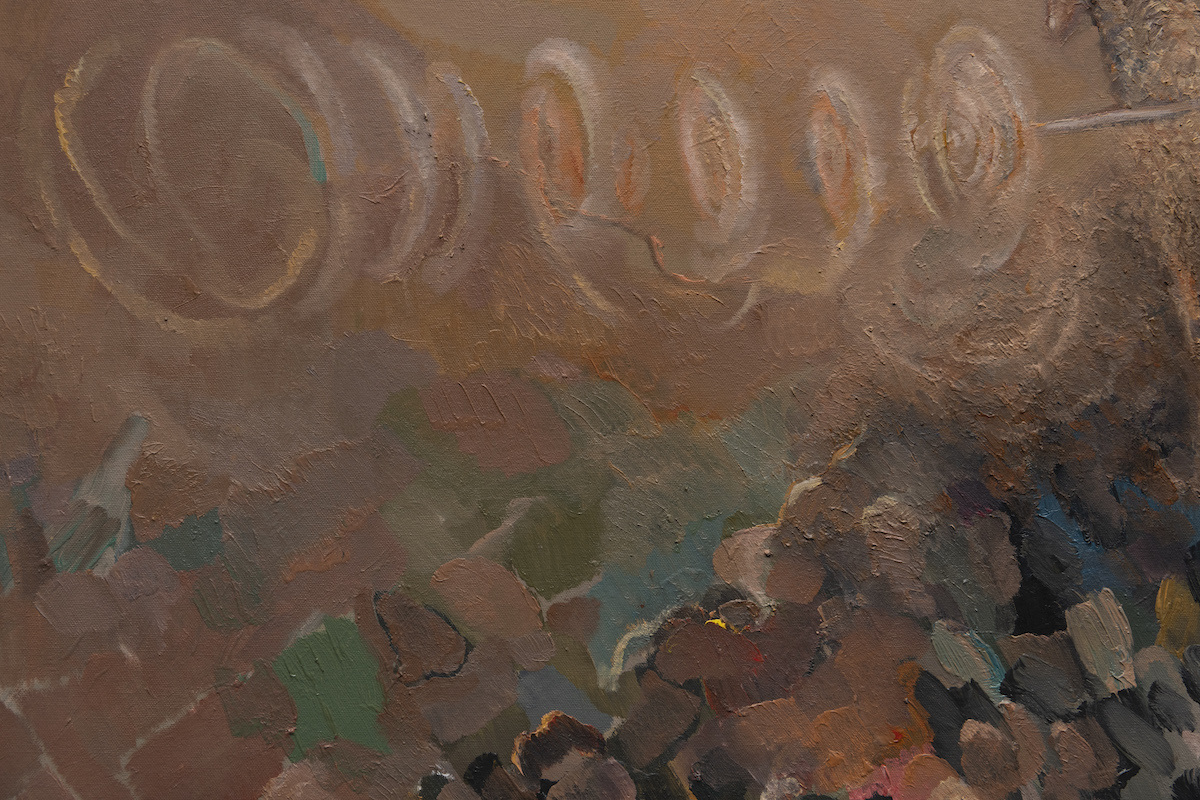 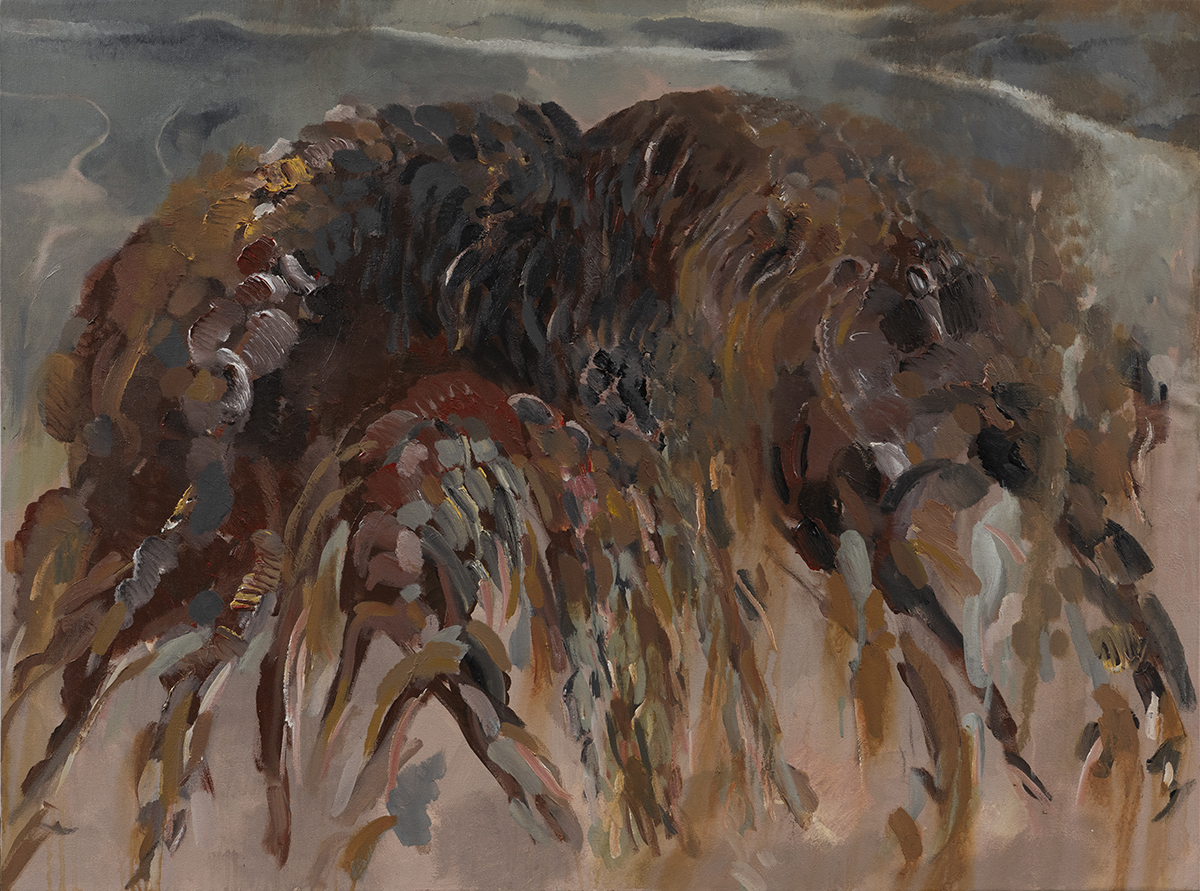 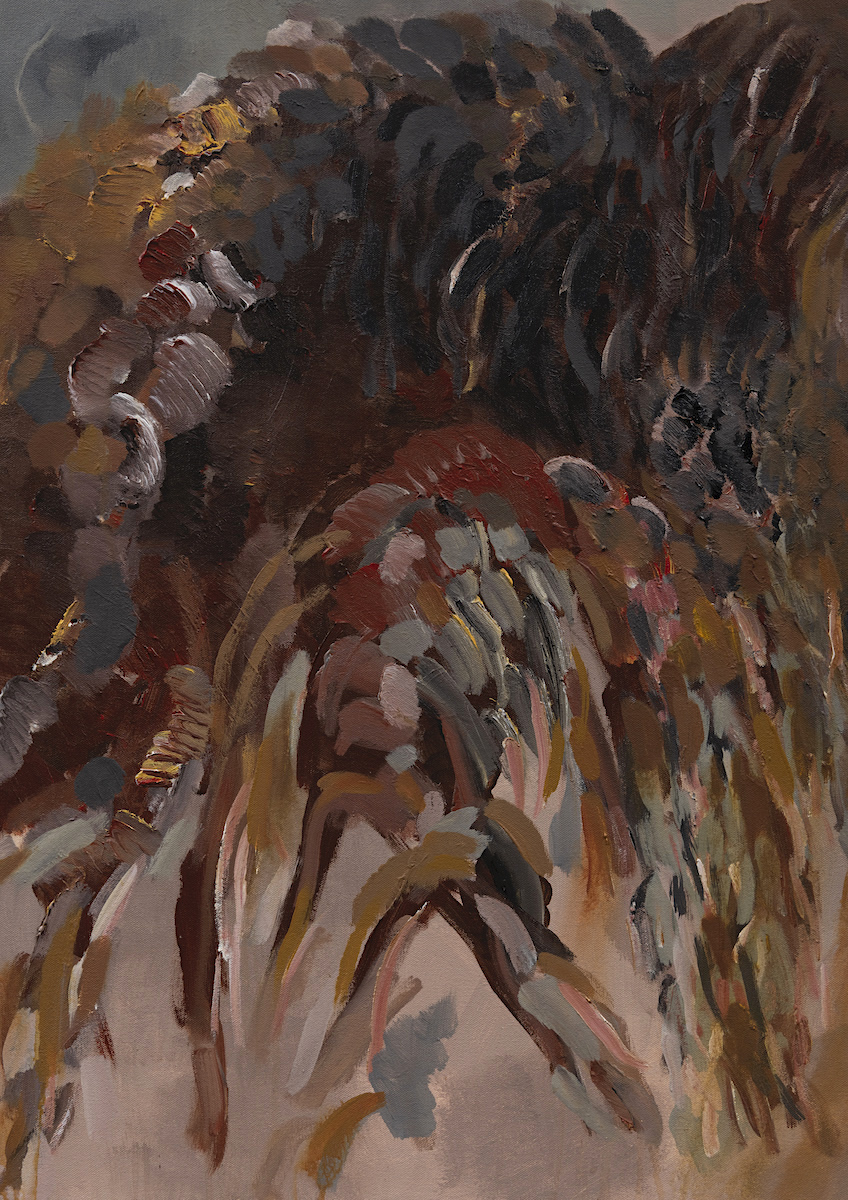 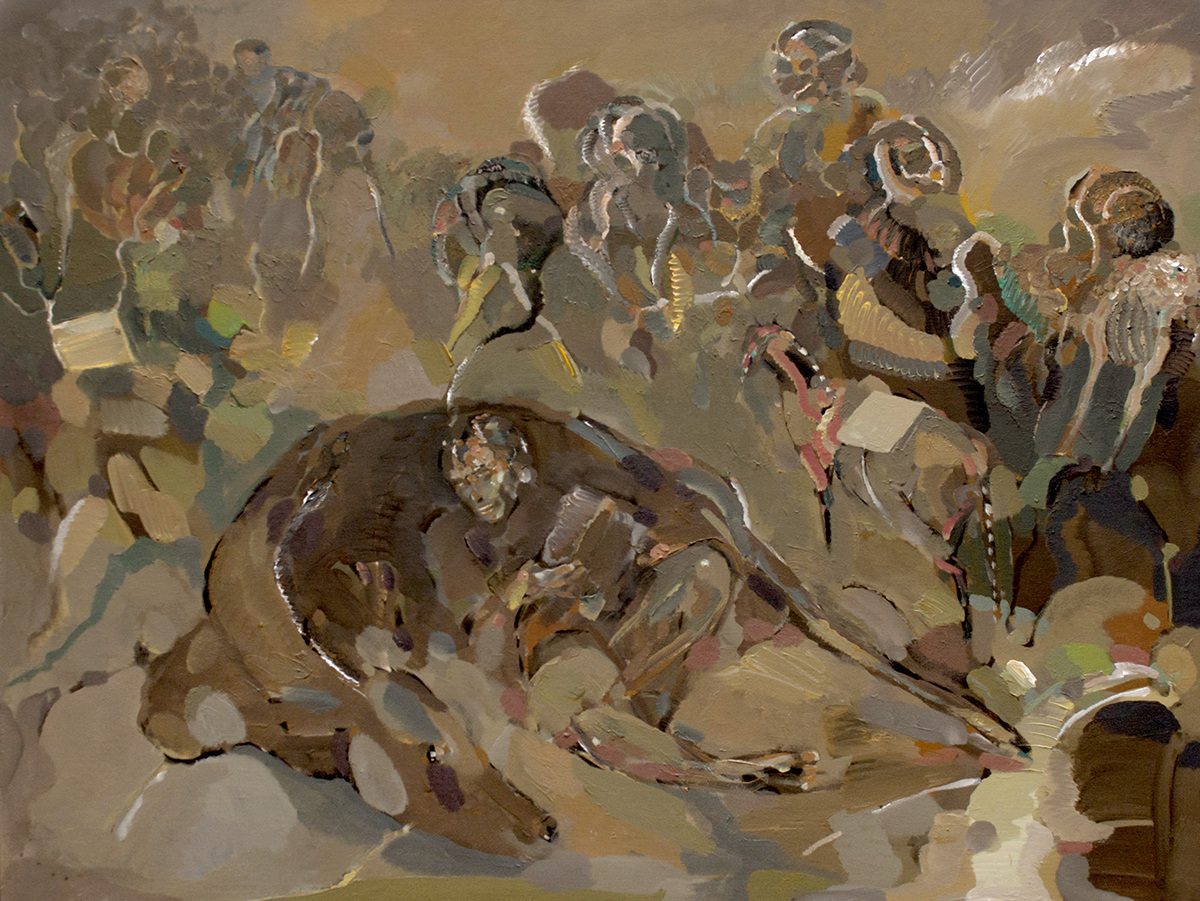 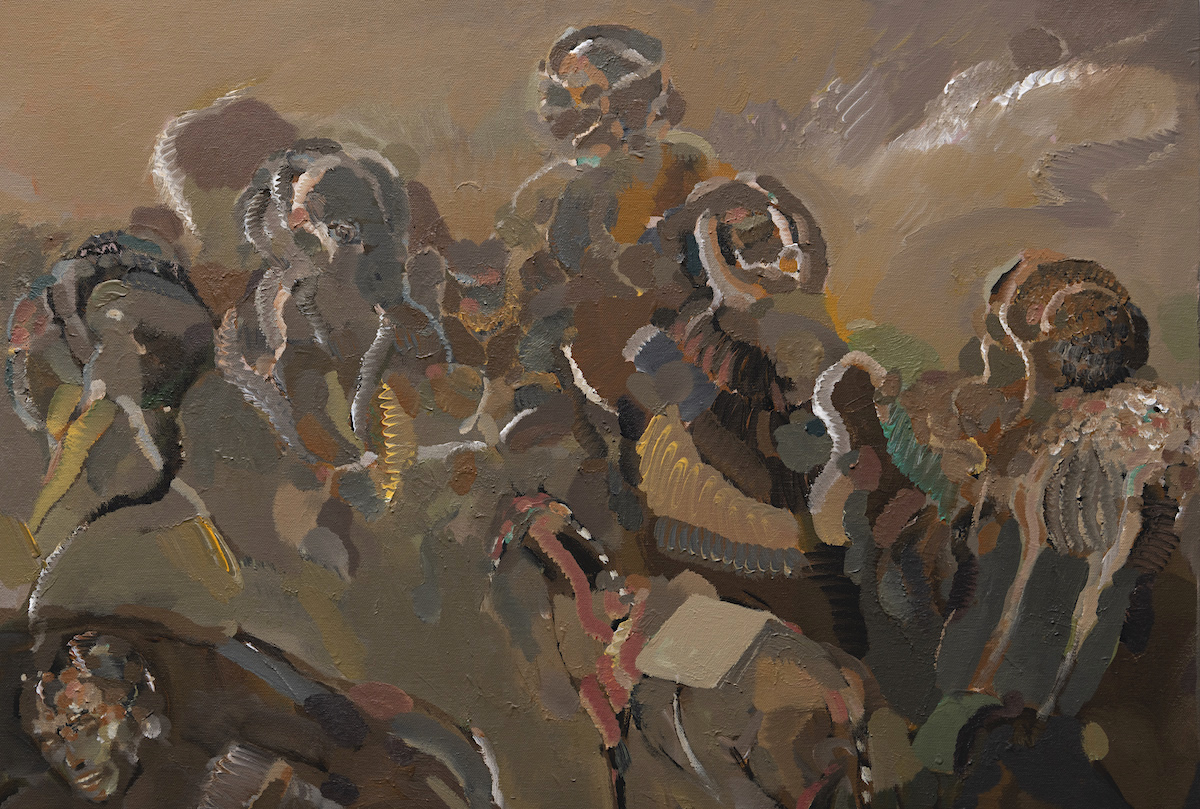 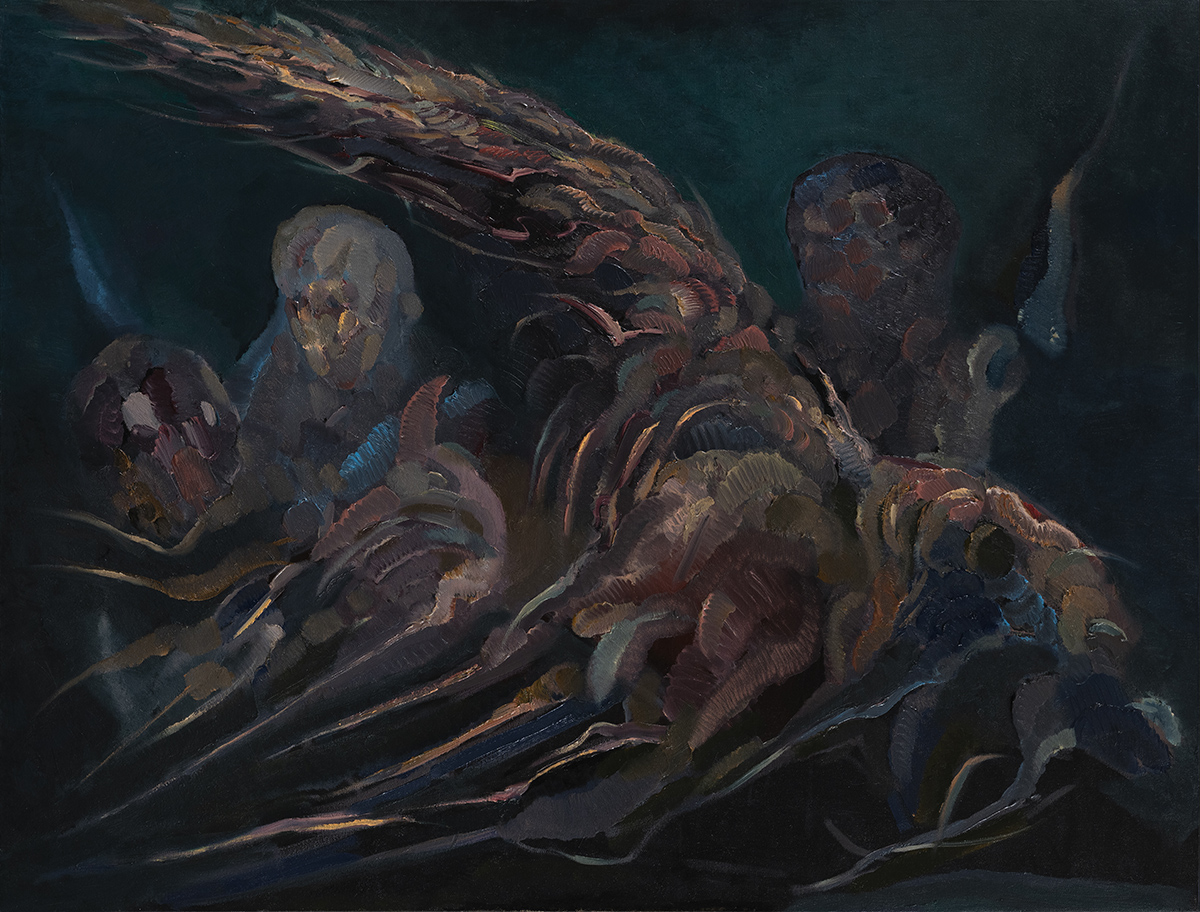 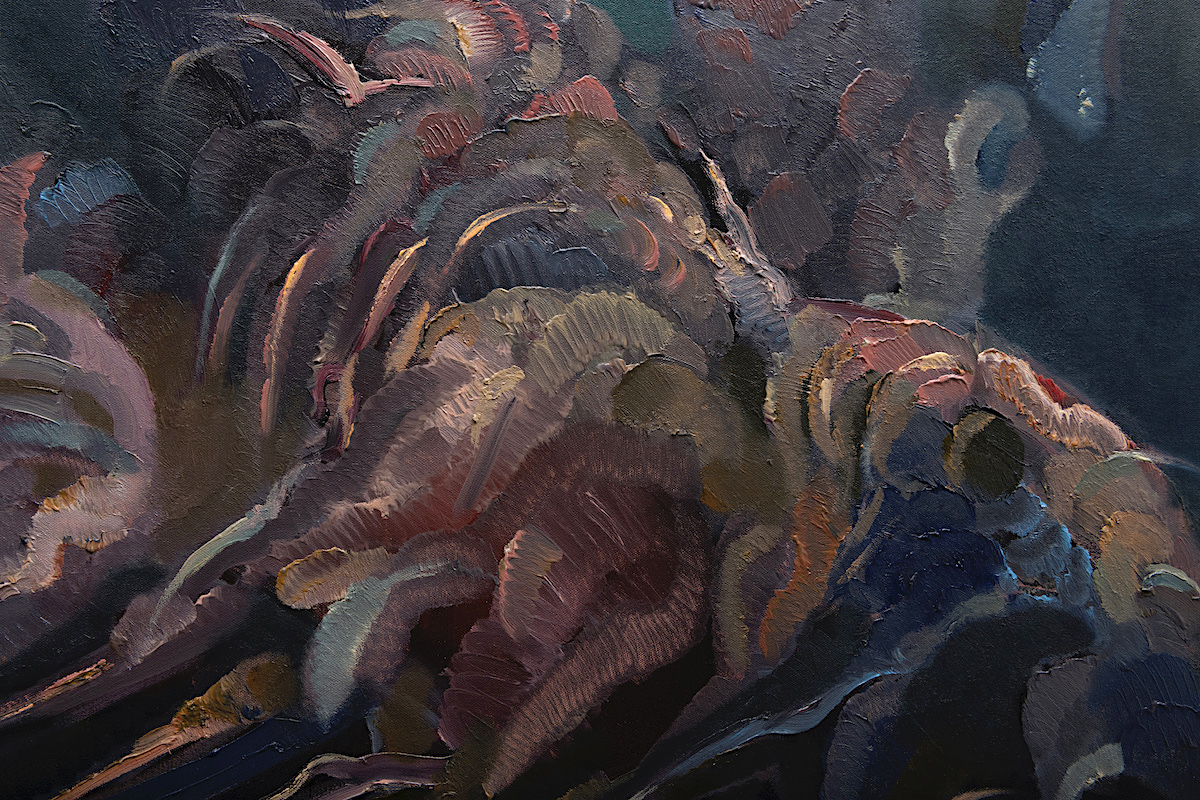 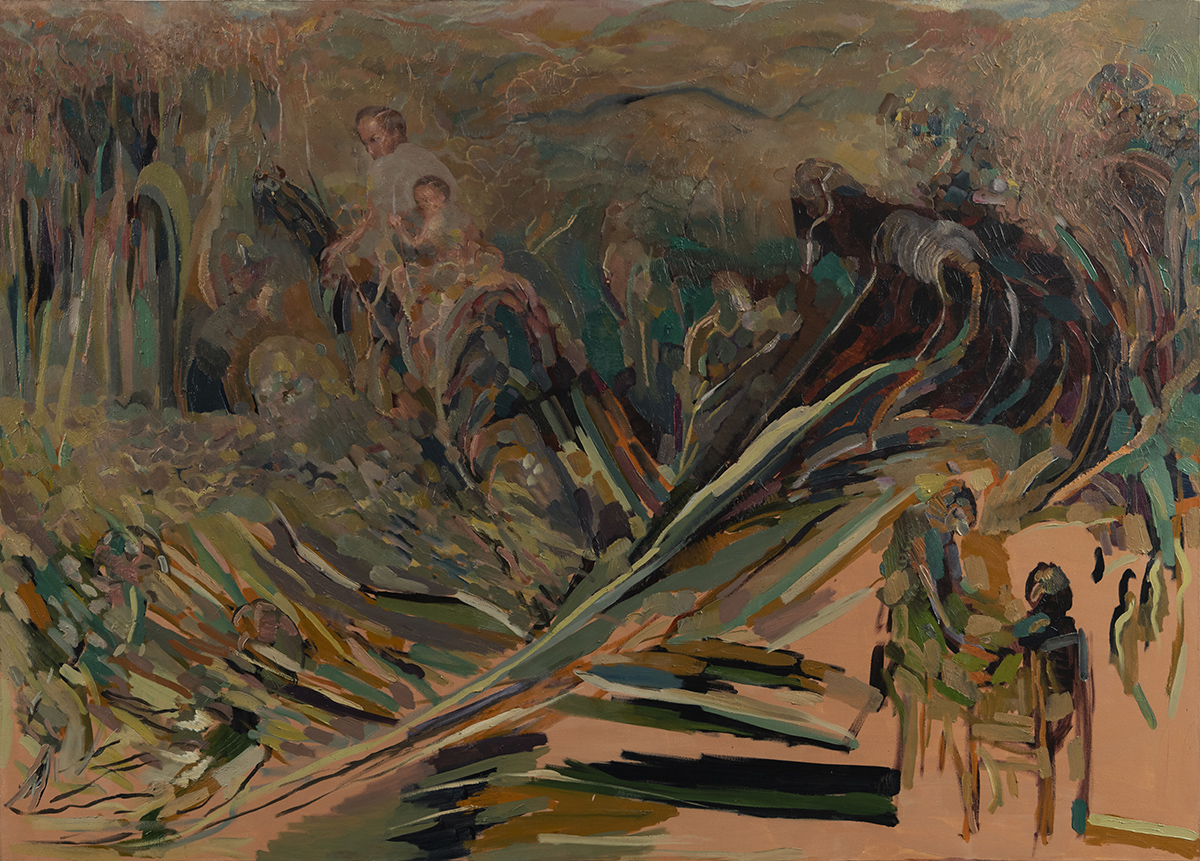 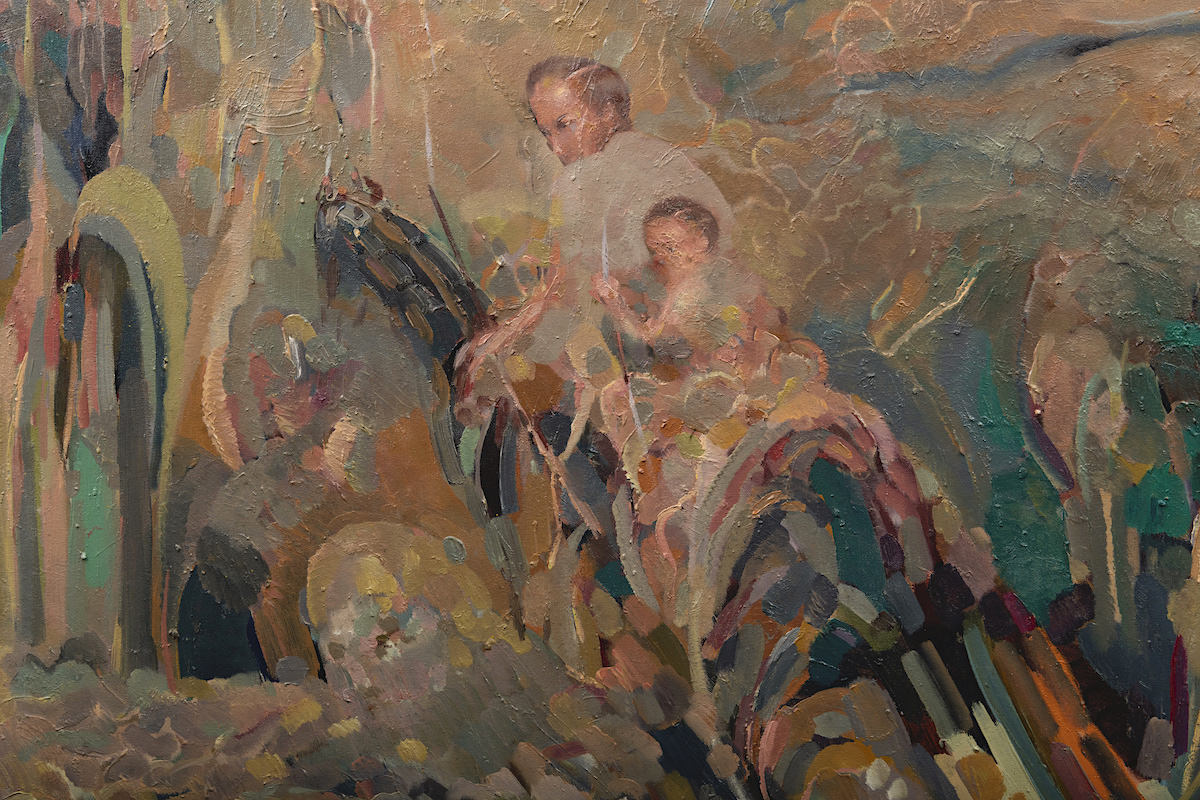 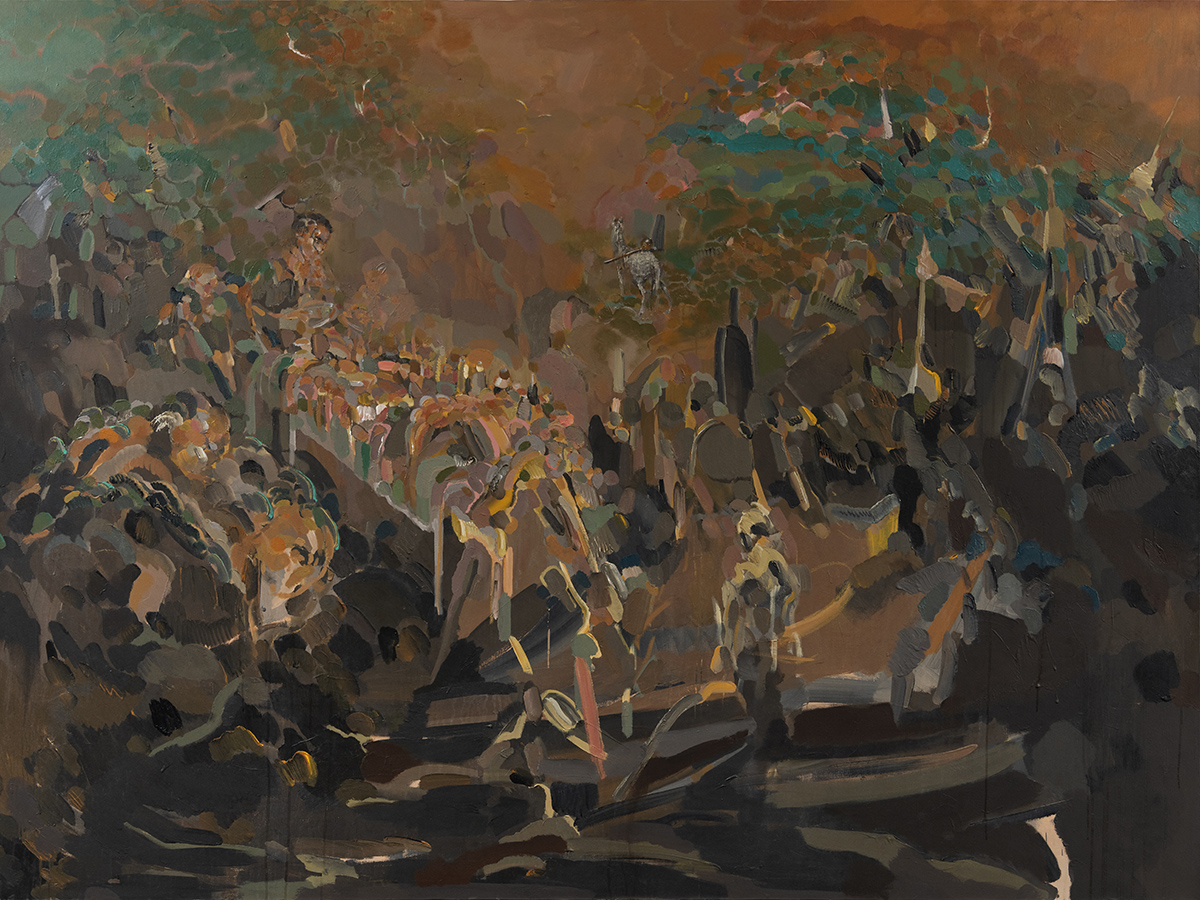 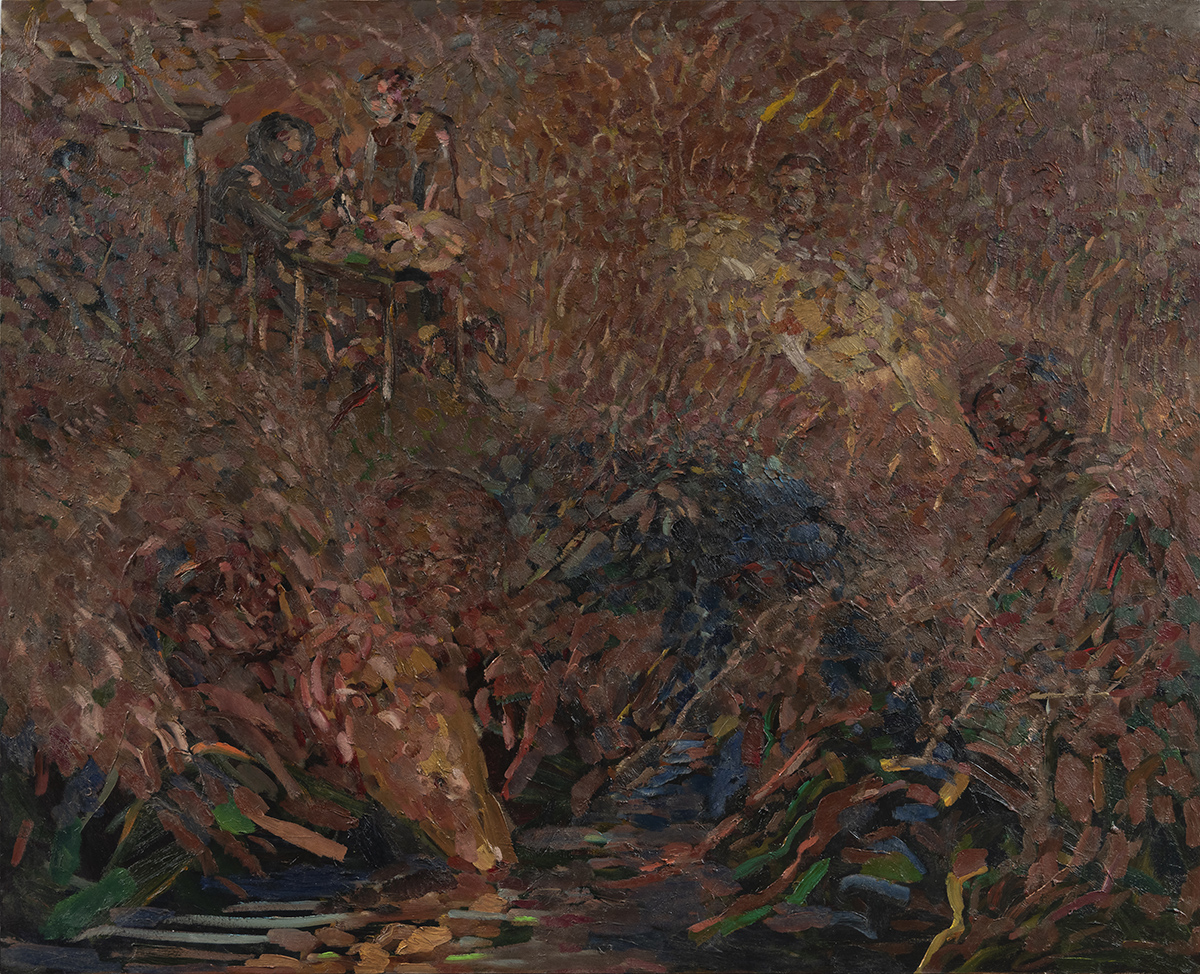 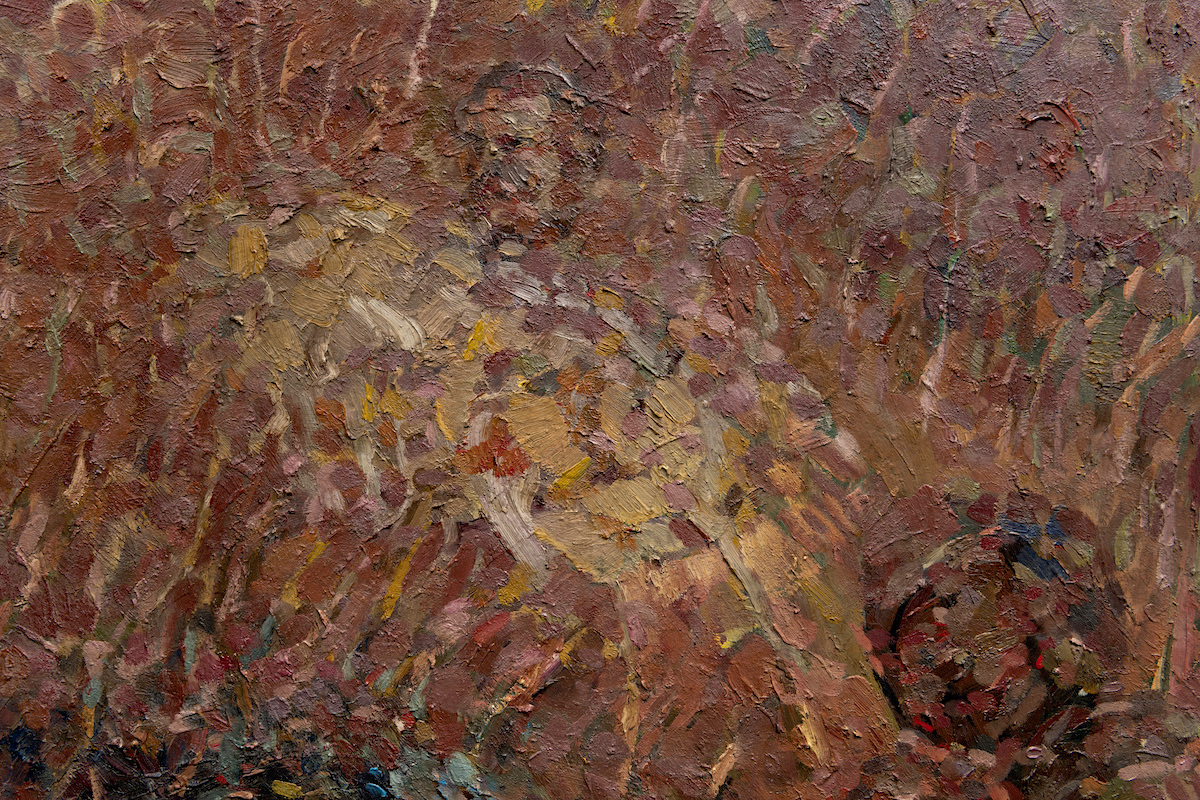 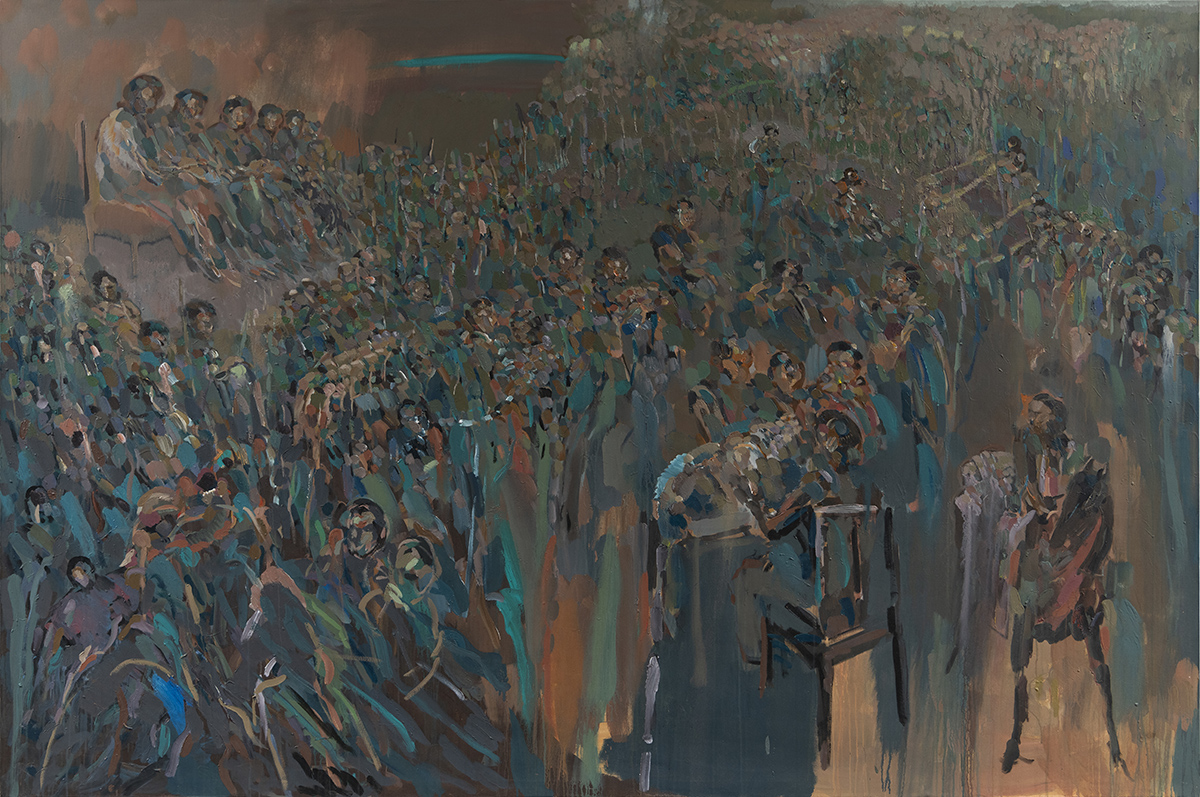 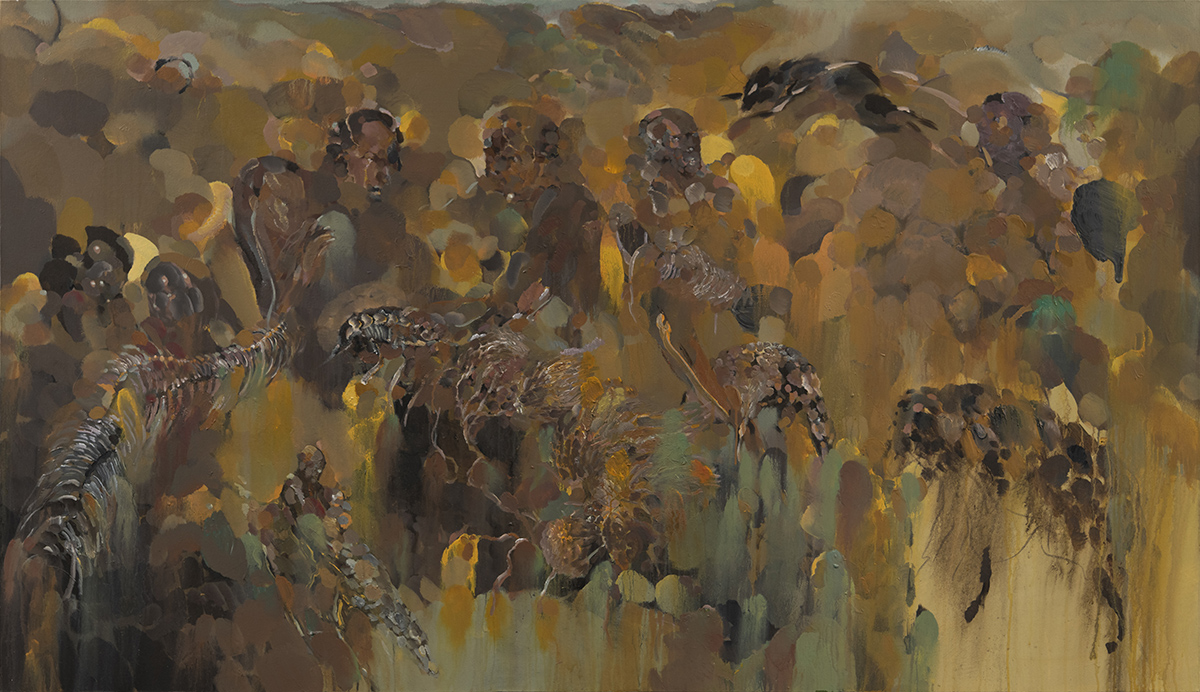 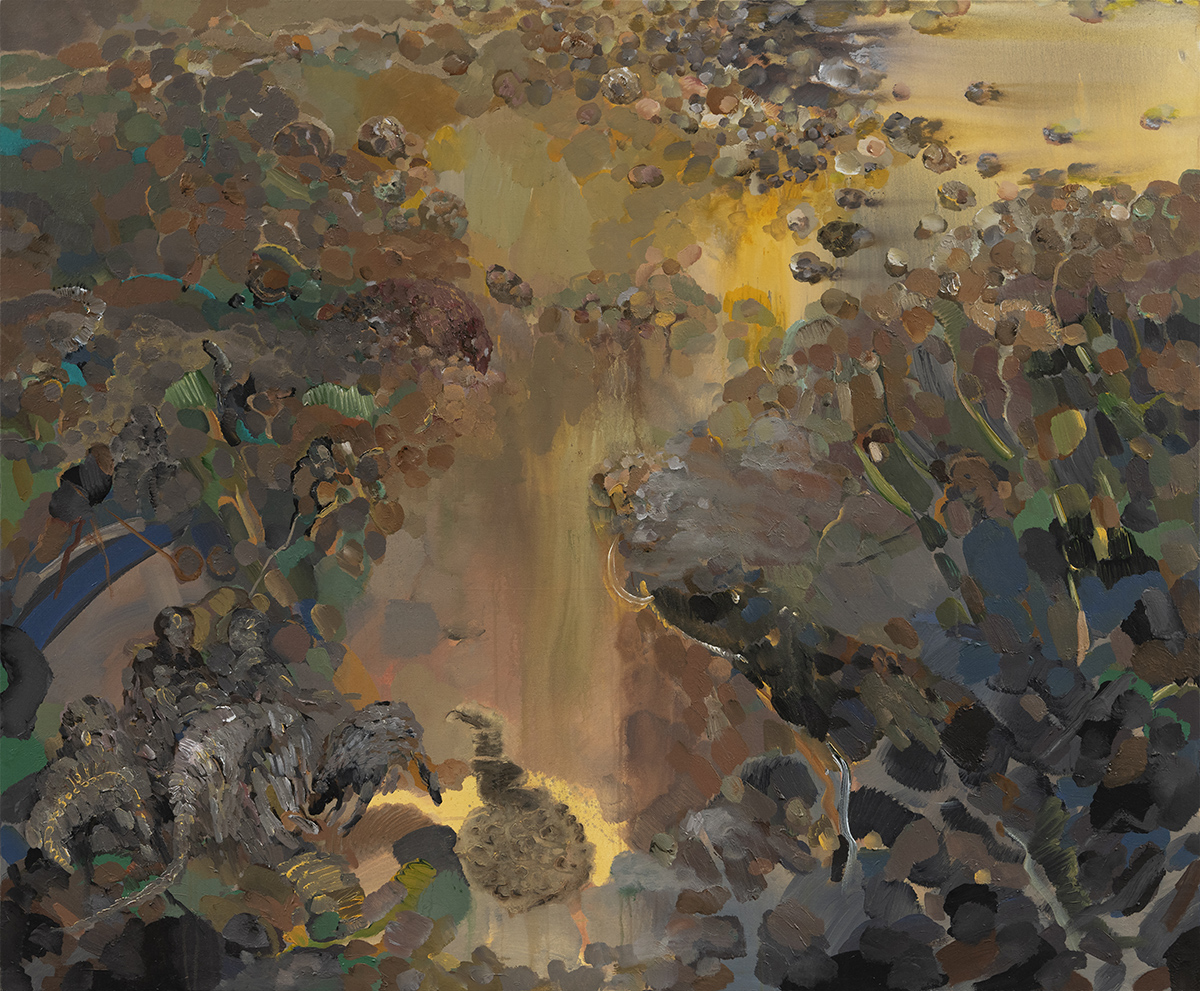 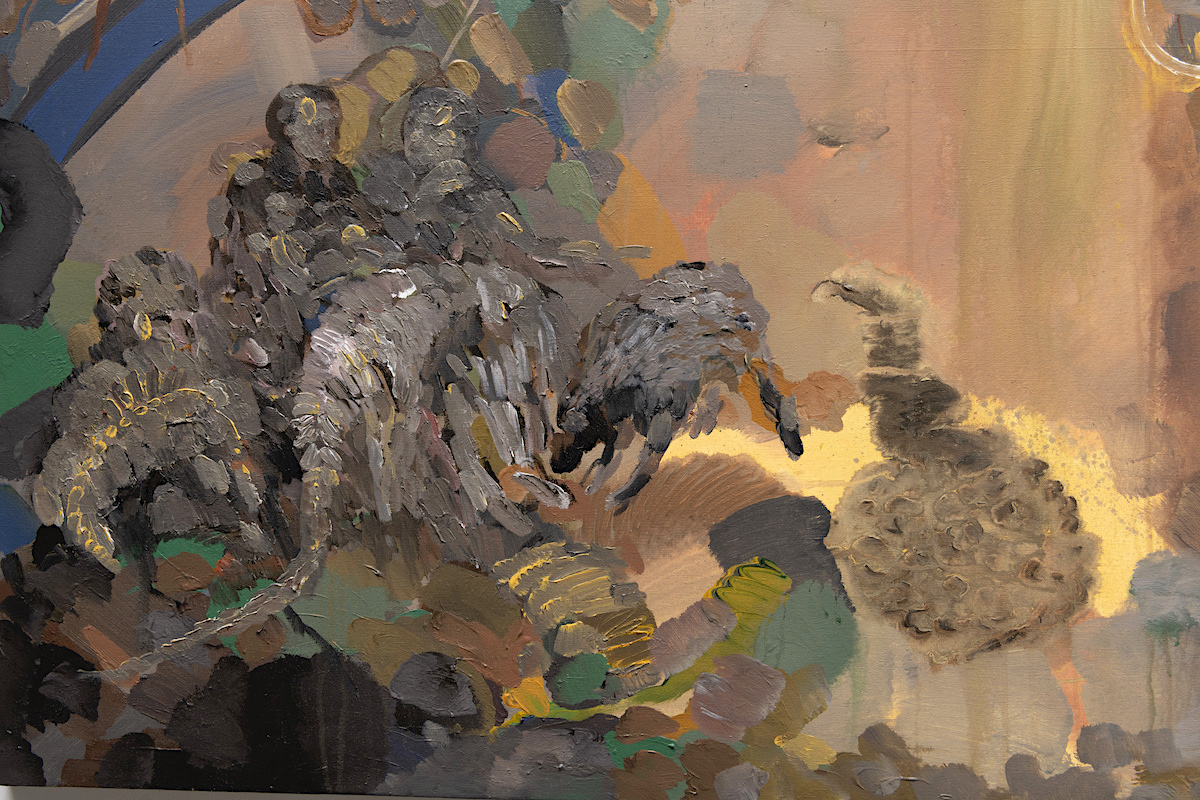