Each visual gesture holds its own negative shadow - a permanent absence etched into the frames of ordinary perception. These implicit yet relentless voids form the provenance of each artistic inquiry, capturing a relation between presence and inevitable absence, a concrete surface and its tenuous (even repetitive) echo. In this show, artists deliberately move beyond the literal and figurative; here, the language of formal abstraction is not an end in and of itself, rather, it becomes a conceptual tool to grasp subtractive residues, fleeting echoes overlooked or hidden in plain sight.

In Double un, as the title suggests, Neha Choksi exhumes contradictory textures ingrained within the materiality of her work itself: an ultra-clear translucent glass is juxtaposed with its negative, a one-way mirror that holds only a reflection. The mirror and glass echo connections between the artist, the artwork, and the reflected other/viewer, as Choksi continues to explore desire and a raison d’être of art. In this work, a sheet of mirror and a sheet of glass were dragged across each other, the surface tension and suction distributing the paint variously. The drag is the least personal touch, and yet the most personal to the materials. On the obverse, the glass exhibits tender touches of finger painting. These smudges and daubs are the only bit of paint accessible to the viewer’s touch. The entire work floats in a corner, in effect enclosing the viewer in the gap between circular reflections.

Sandeep Mukherjee’s Untitled series inform a careful probe into haptic encounters - at the experiential intersection of sight, touch, light, and time. He captures fragments of fluctuating light and shadow through static minimal drawings which, upon a closer glance, somehow begin to move. Crafted from knitting needles on mylar, these drawings create dimensional relief on the surface of the work. And breaking the physical plane - or skin - from both directions, the surface becomes a textural topography that simultaneously refracts and diffracts light.

Repetitive gestures anchor both Ashwini Bhat’s sculptures and Velu Viswanadhan’s artworks; each exploring the nuanced contours of metaphysical concepts in their unique visual vocabulary. Bhat’s Stele series draws inspiration from the female divinity totems found around Nepal. As such, her materiality evokes mythical spaces by thinking through rhythmic forms, iconography, and the potential for syncretic conversations. A similar raw, tectonic energy emerges on Viswanadhan’s canvas through inimitable renders of red. Brick-like forms build upon one another in precise layers with ritualistic repetition; a hypnotic composition captured on the brink of erosion.

For Hemali Bhuta, space becomes integral to materiality itself; her colossal carpet-like object is a site-specific work that was created for Imitating Atmosphere, curated by Shreyas Karle, at the Sculpture park, Jaipur, in 2018. It continues to retain those architectural traces - or echoes - embedded deep into the fabric, as uncanny remnants of an earlier abode. Composed of hand carded yarn, the carpet is designed, stained, and bleached by the artist, as she opens up potent deliberations on temporality, form, contingency, and memory.

In a similar vein, Prajakta Palav’s practice remains deeply bound to a different space: the chaotic and contrasting landscape of a city. Urban mountain emerges as an act of both excess and erasure, a metaphor of the contradictory logic immanent to capitalist society. Palav works with thin layers of dried paints, often discarded to the crevices of a colour palette, yet select portions of Urban mountain overflow in a vibrant hue of green. On the other hand, Traveller evokes a deceptive horizon - capturing a momentary fragment of stillness, like a spectral landscape seen through the window of a rapidly moving train.

Ultimately, both Minal Damani and Prajakta Potnis spiral back into the human body itself, as they trace a presence of the necessary absences within ordinary perception. Alluding to banal stains of bodily perspiration, Damani’s insistent gestures forge the aftermath of a fictive blue erosion, with a liquid form repeatedly burst open. On the other hand, Potnis’s Digene works are made using a medium that plays the central character - linctus antacid syrup - which becomes the carrier of meaning, in turn, instilling a conceptual charge into each painting. Her works form a part of an ongoing series, initiated in 2014, and continue to find renewed meanings within our present context, marking a time when the political landscape shifted to a more divisive, toxic environment. During chronic acid reflux, a condition wherein acid-containing contexts in one’s stomach persistently leak back up into the oesophagus, a linctus antacid syrup is ingested to relieve severe heartburn. Potnis carefully spills this antacid on an acid-free paper, leaving residues of controlled yet unpredictable markings of an alkaline agent splitting as it dries. 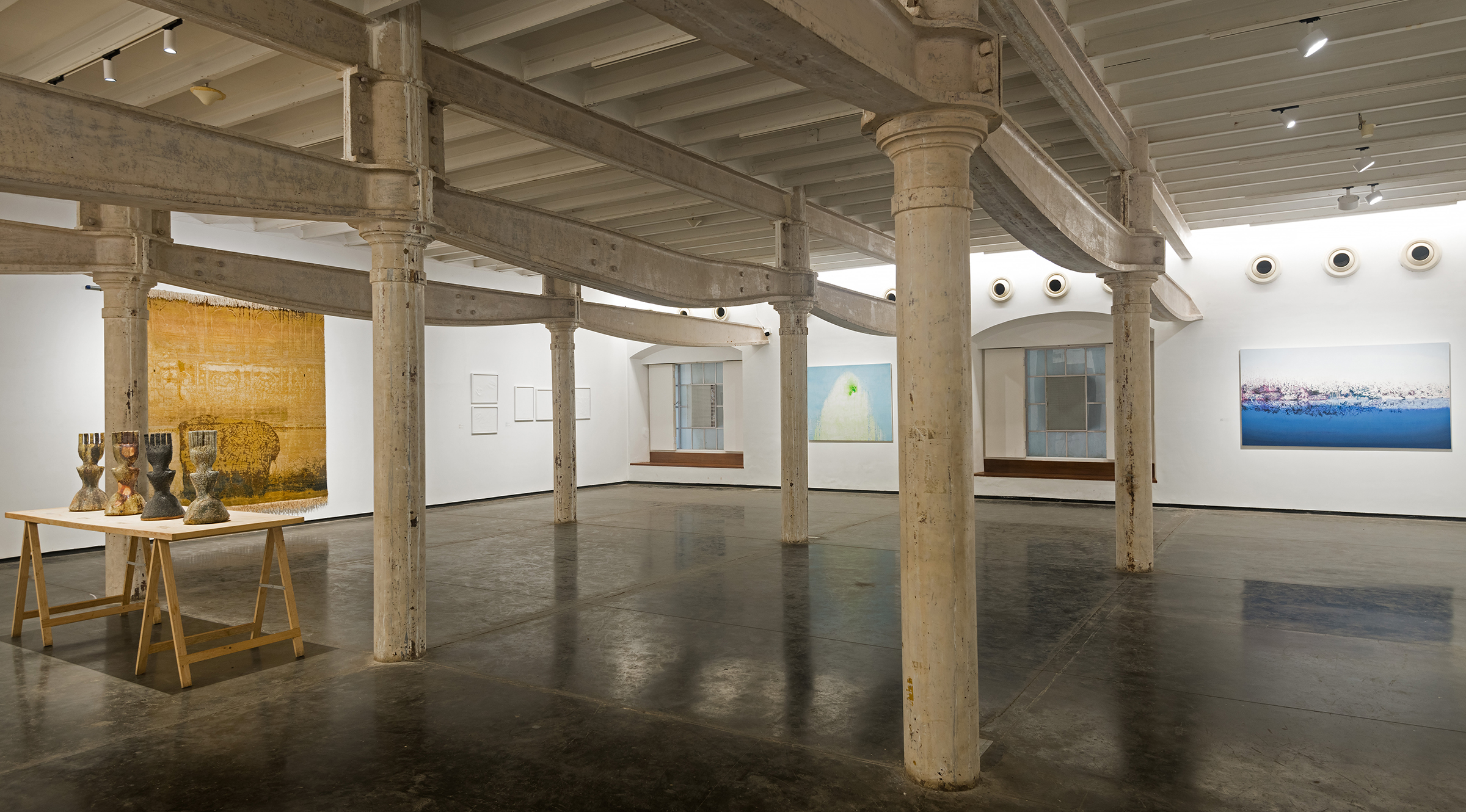 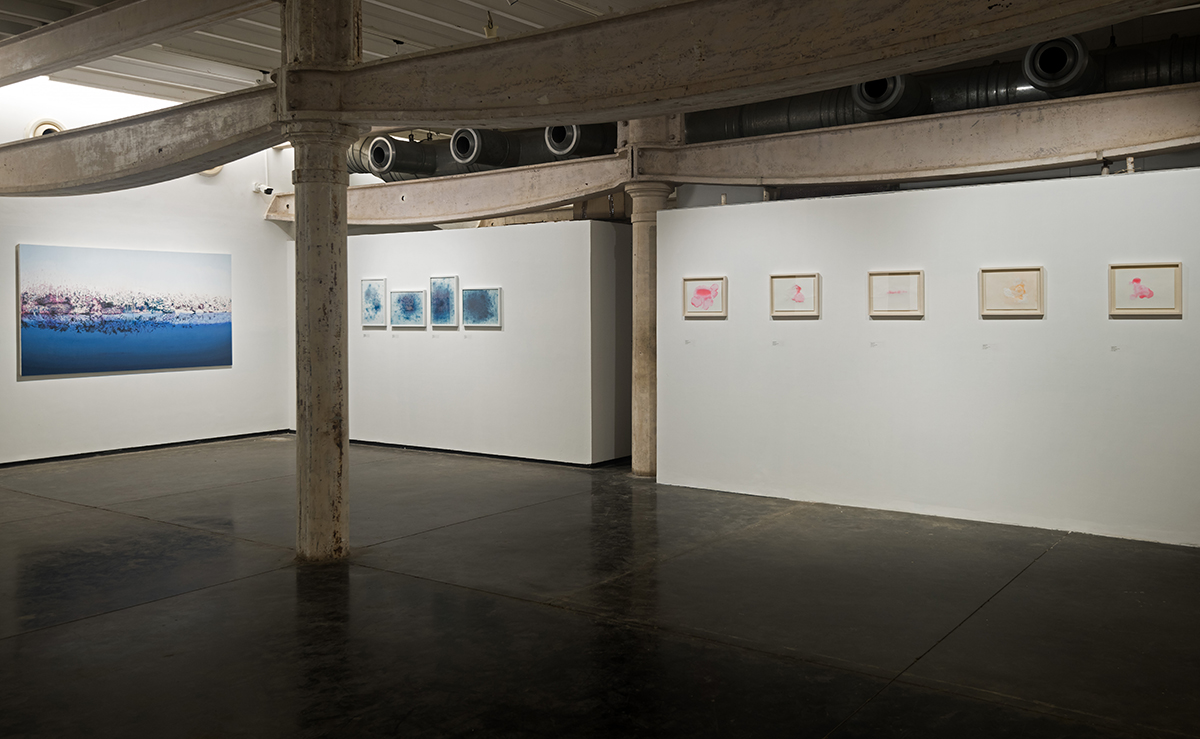 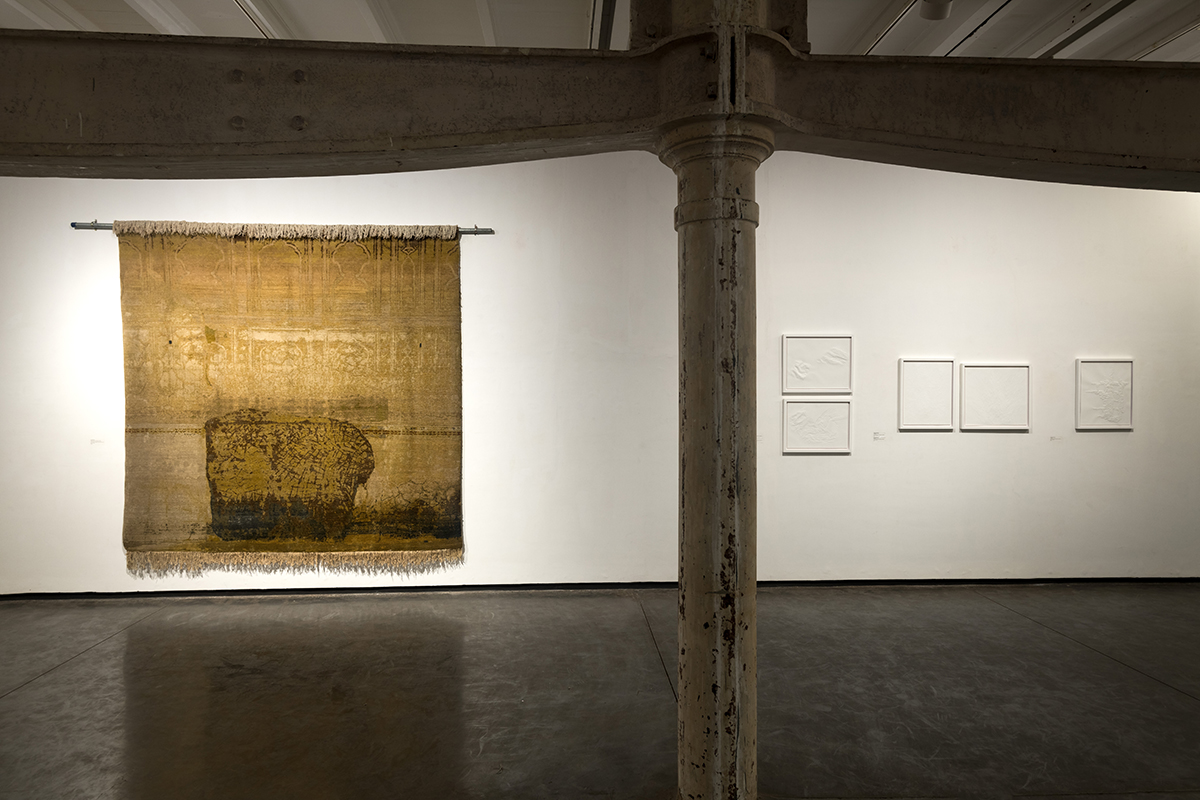 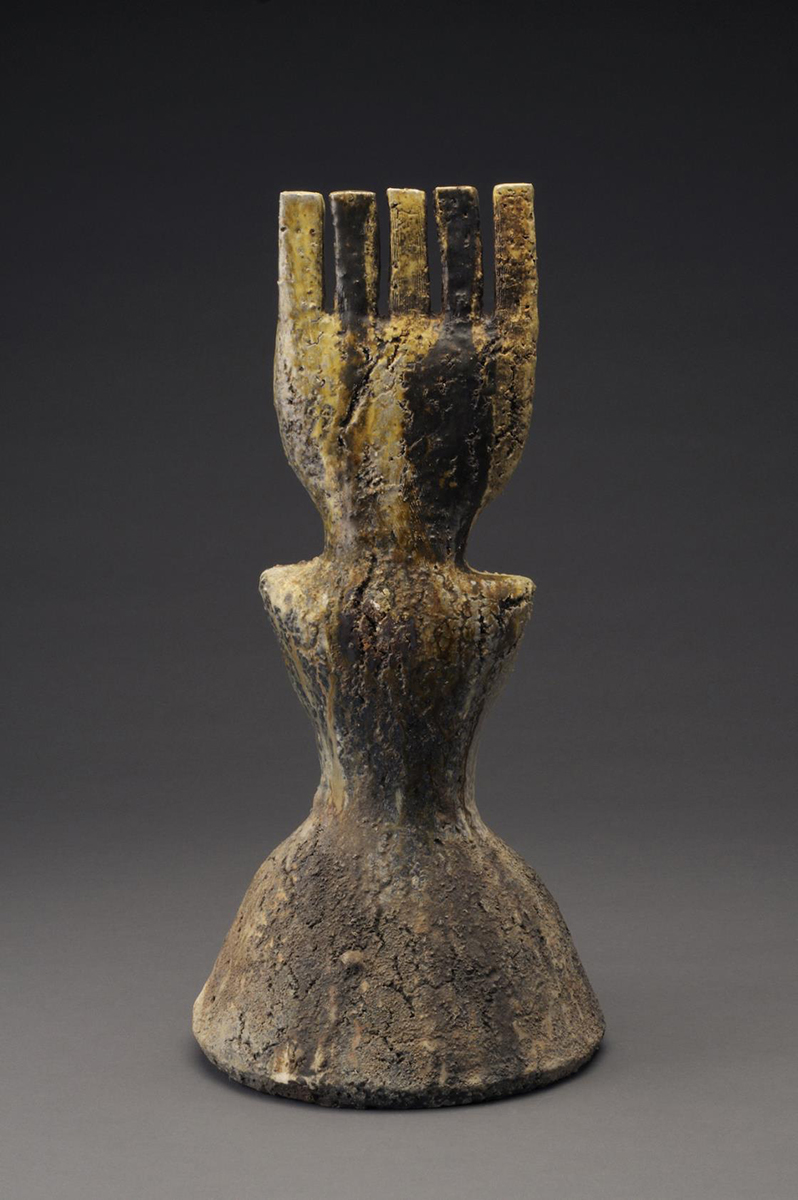 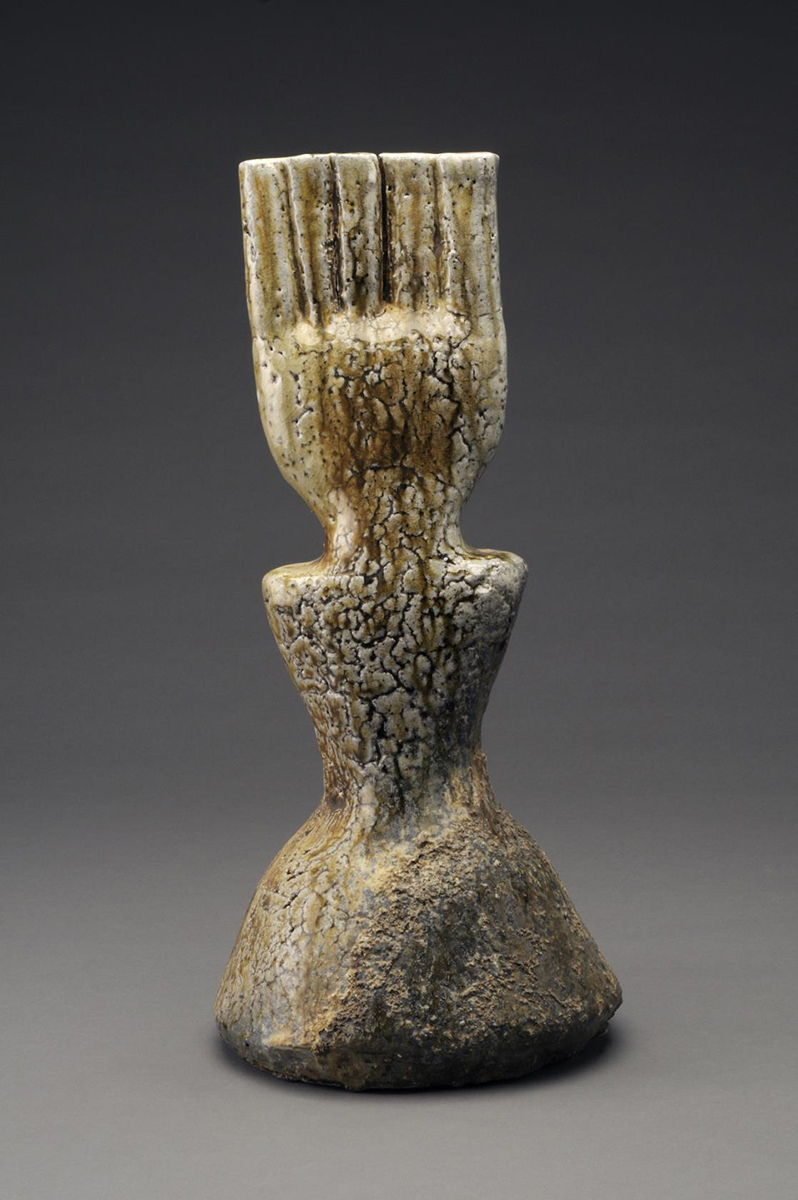 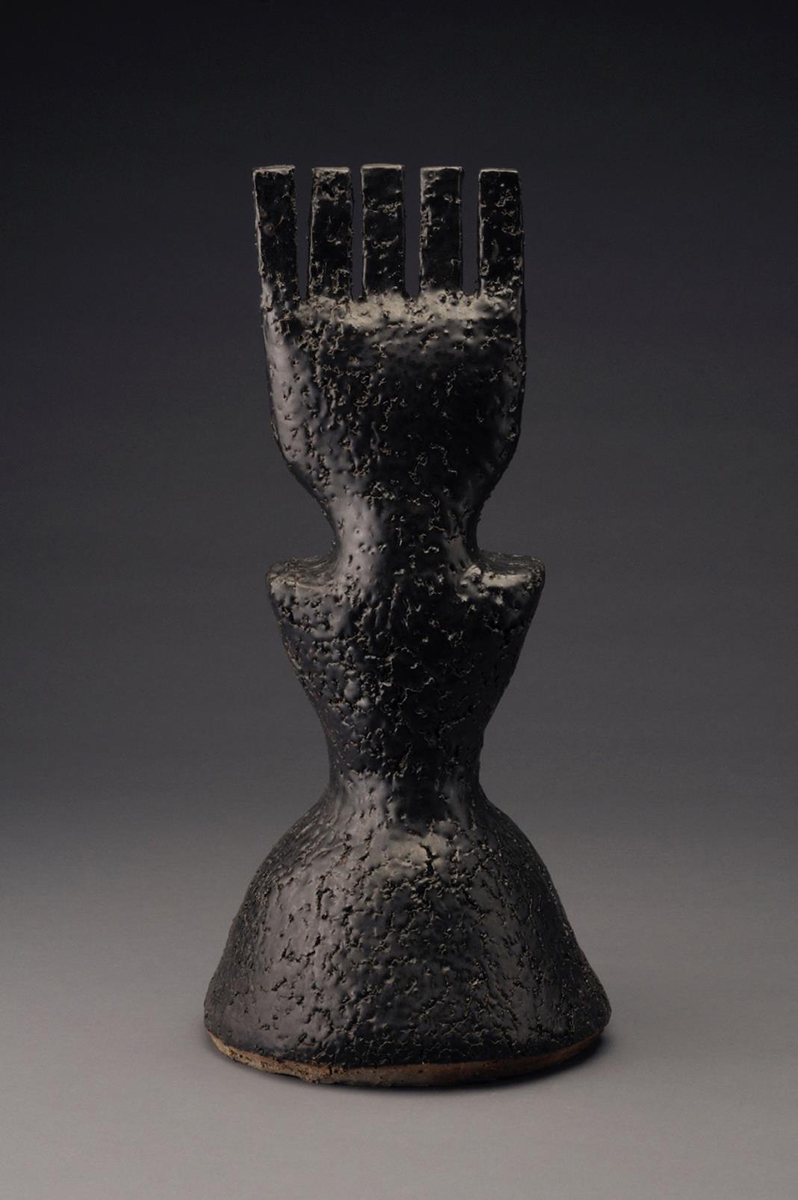 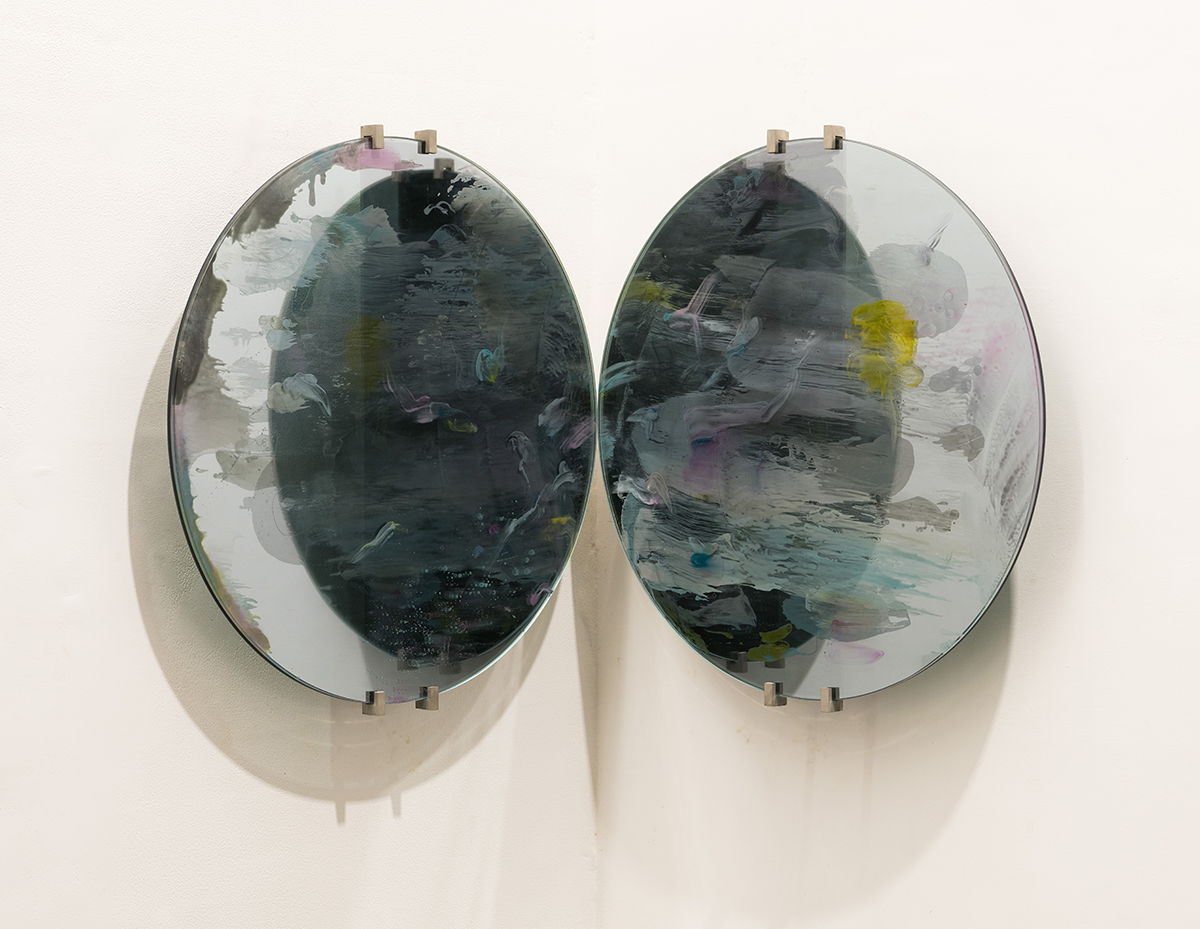 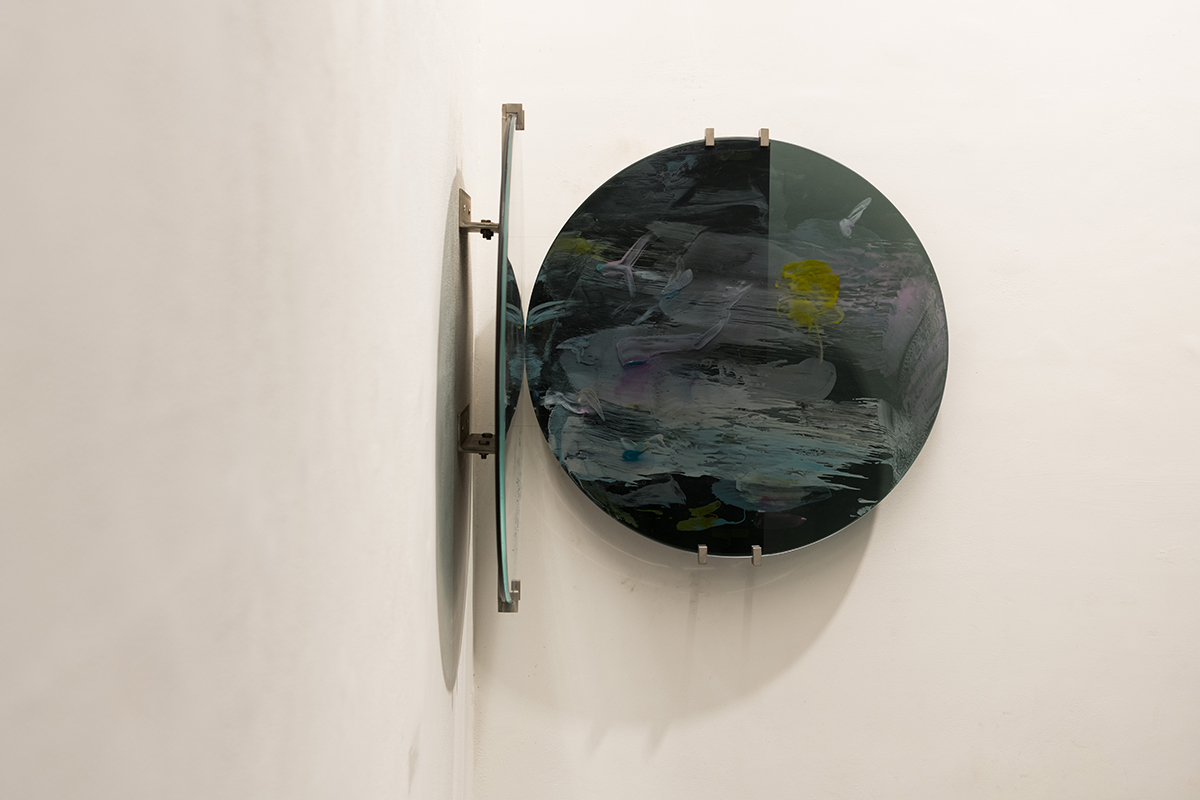 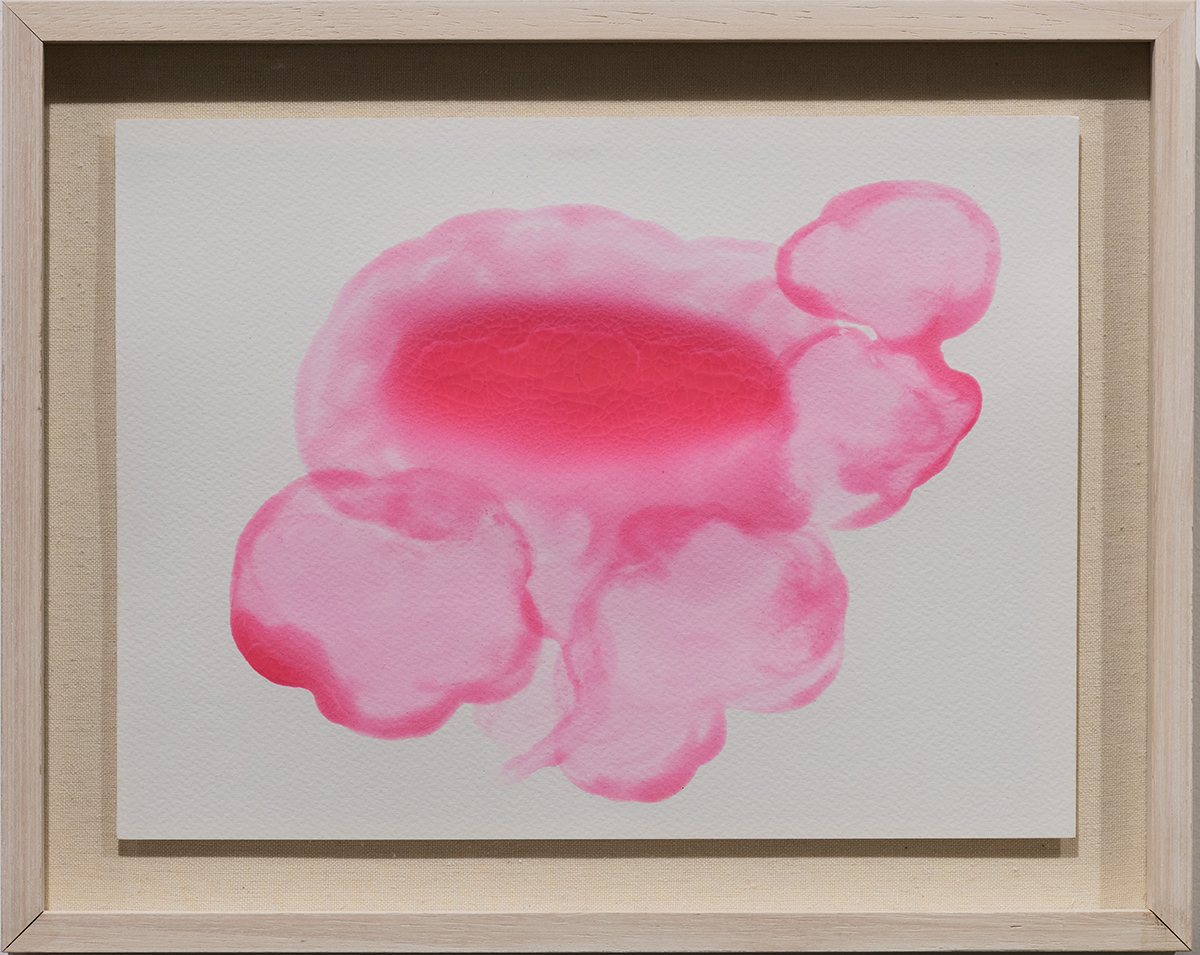 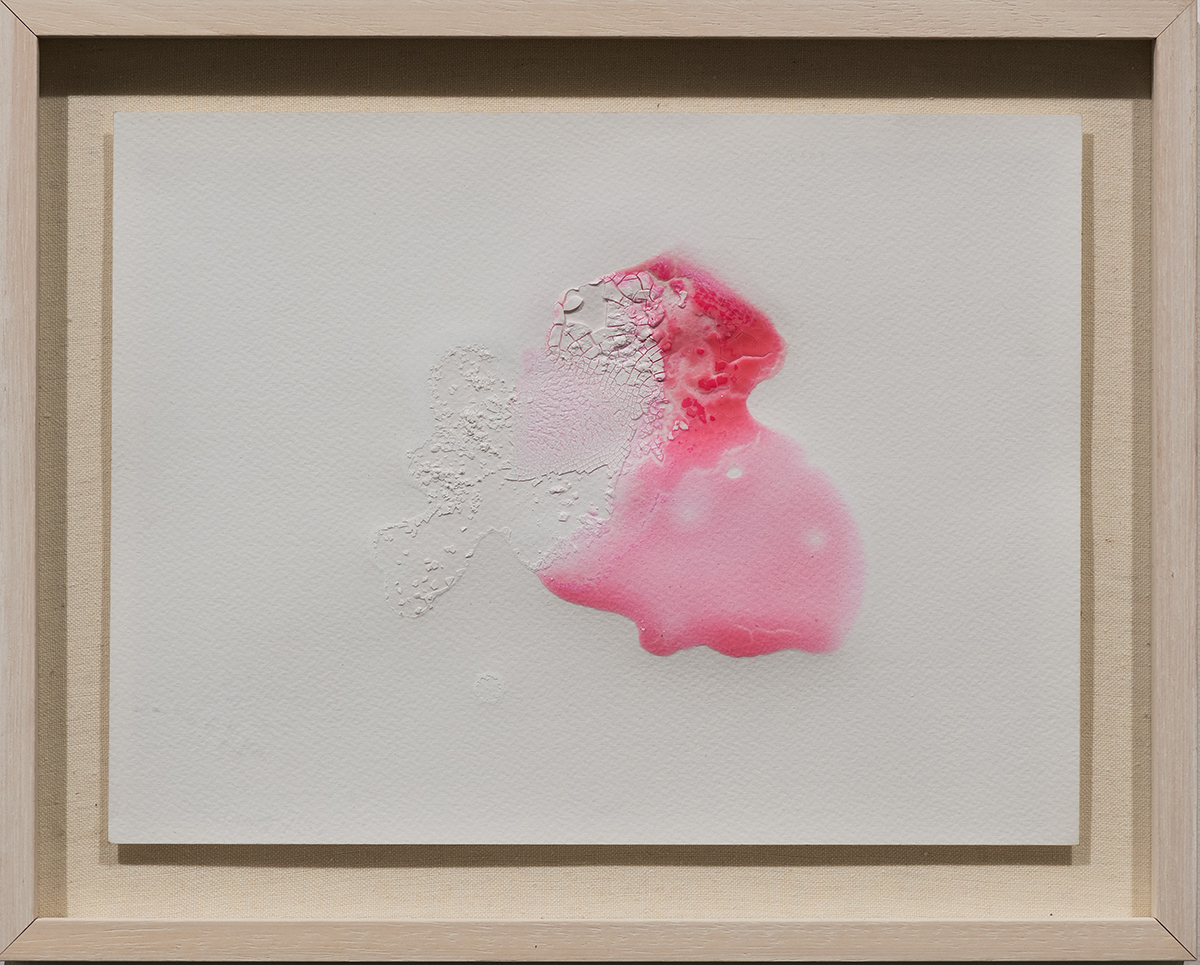 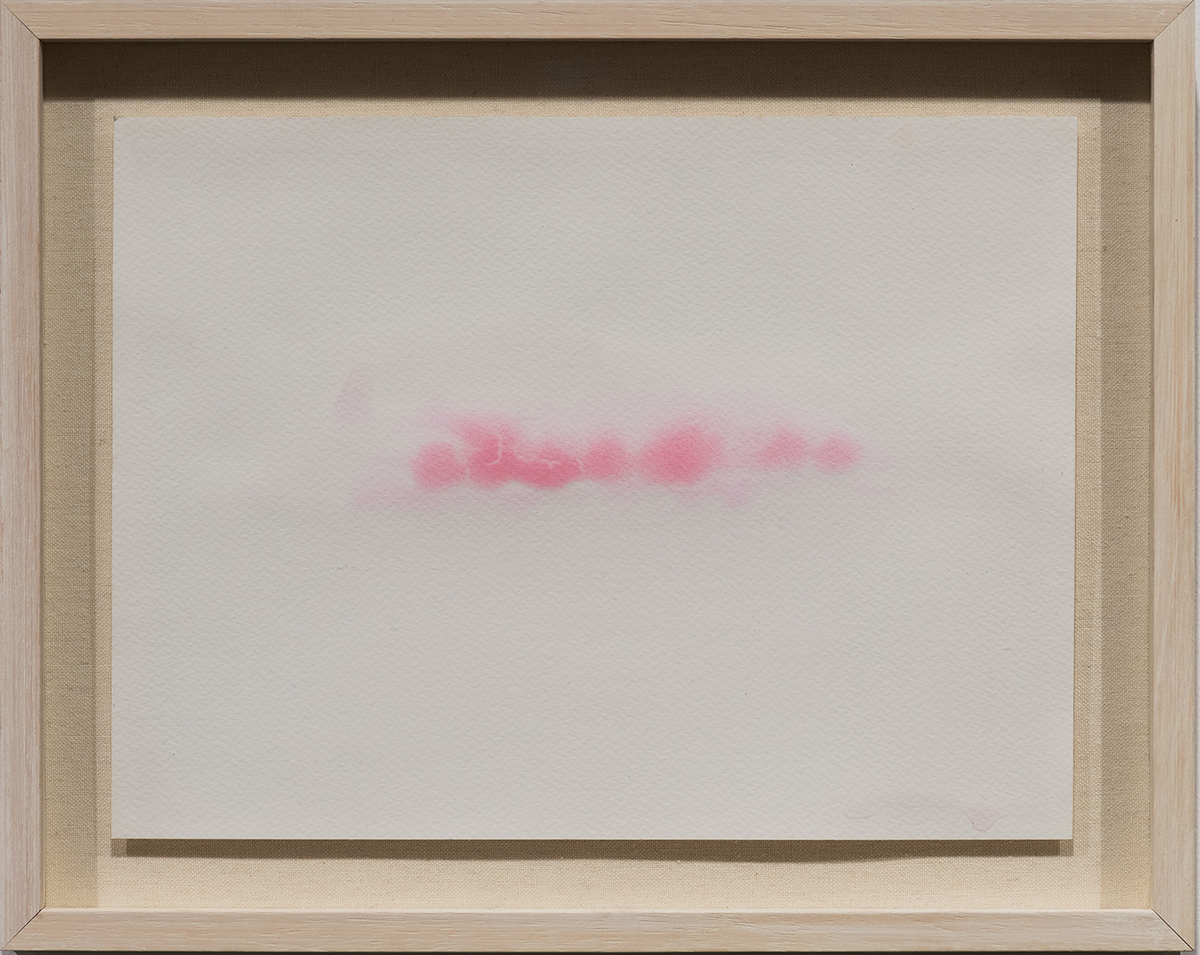 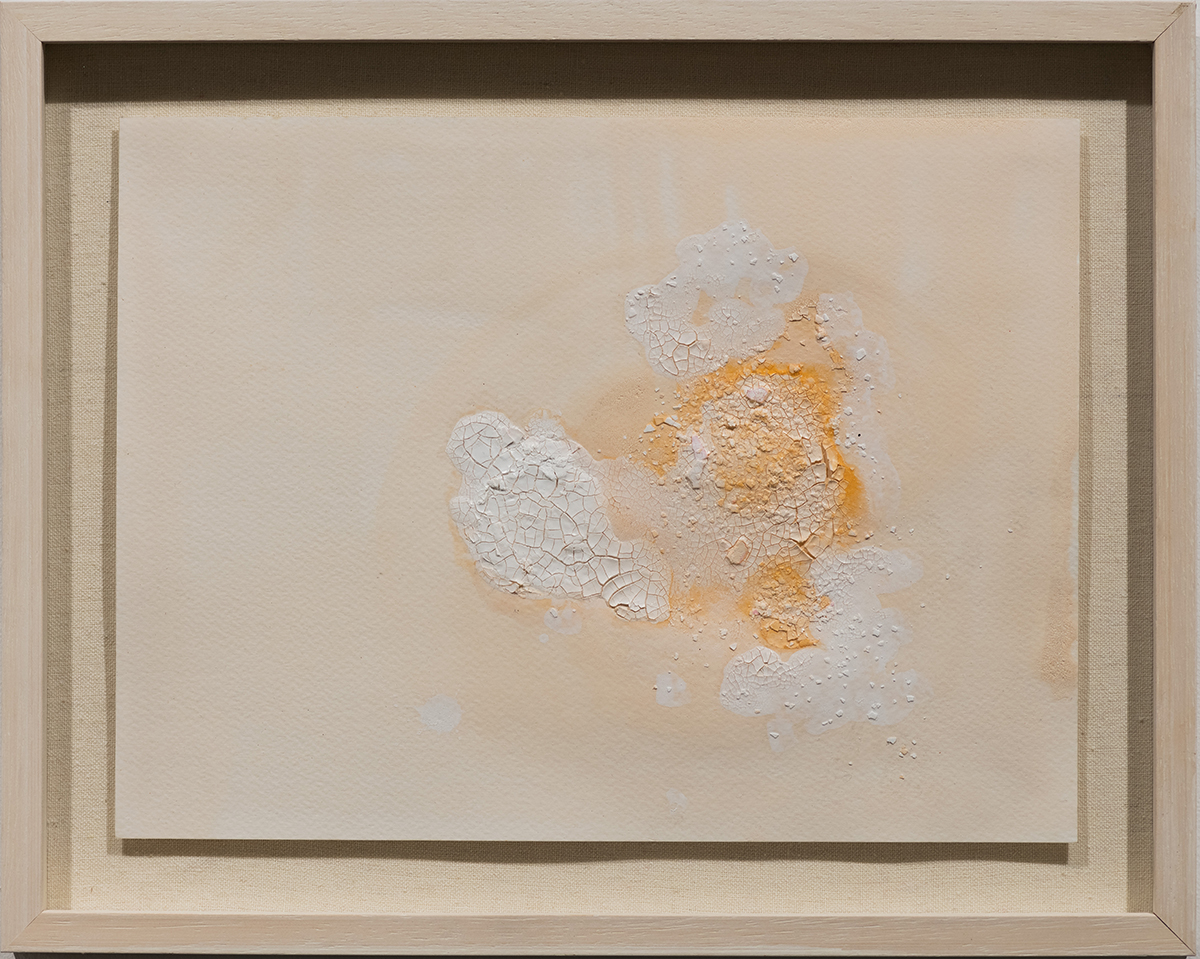 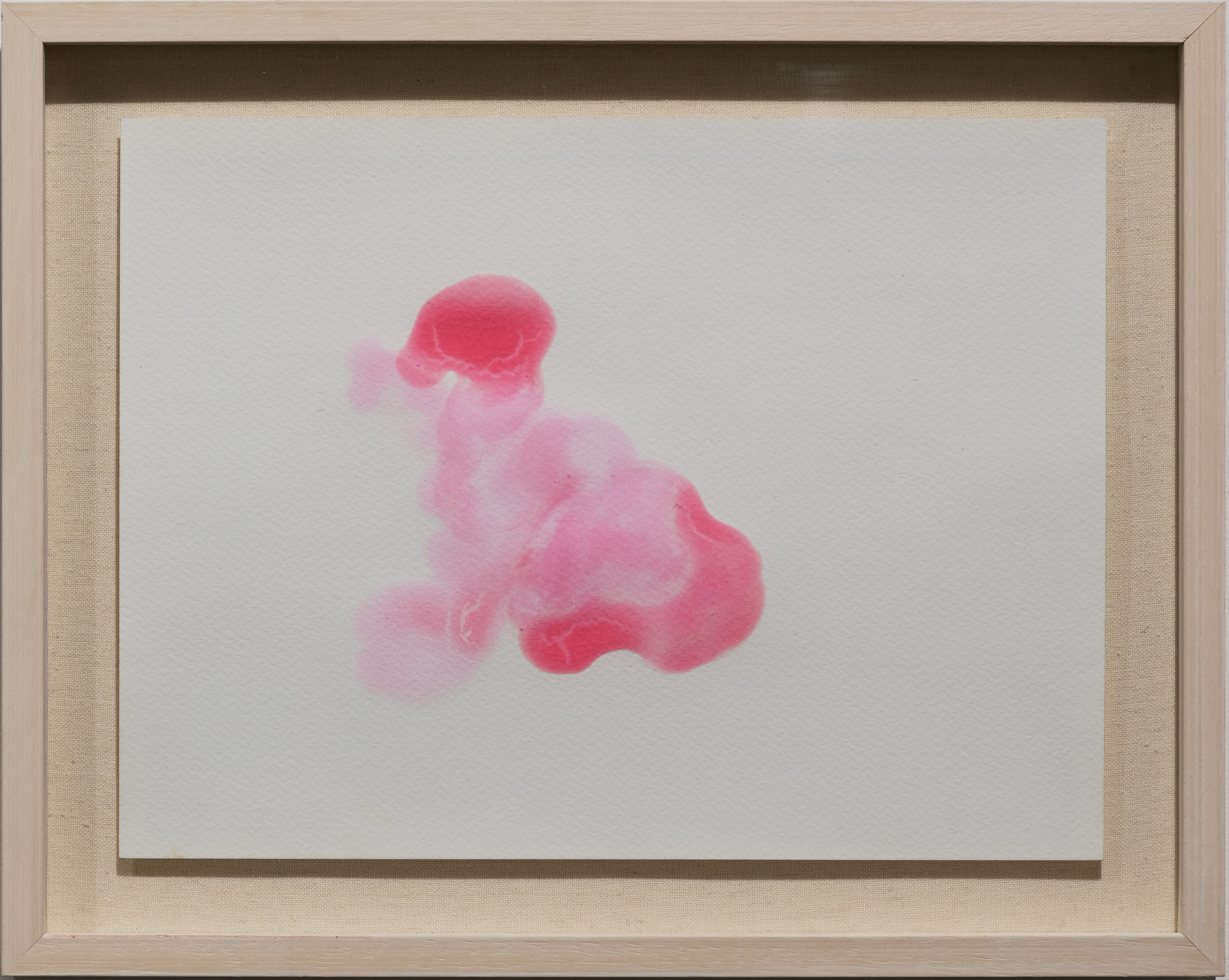 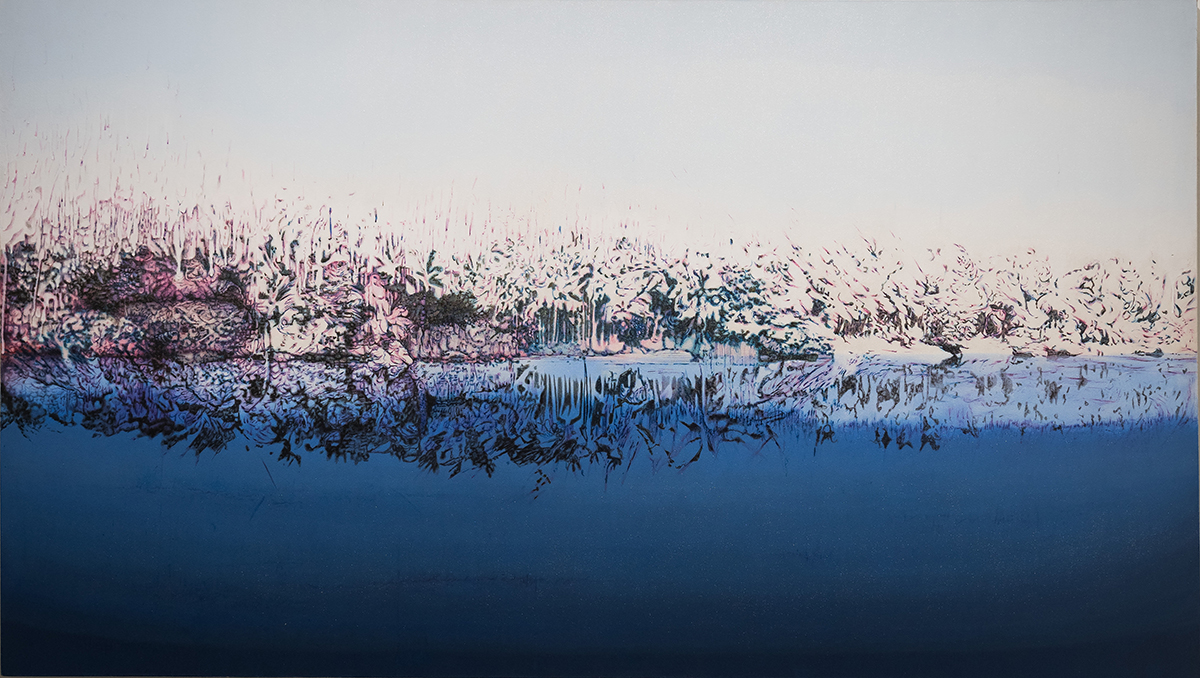 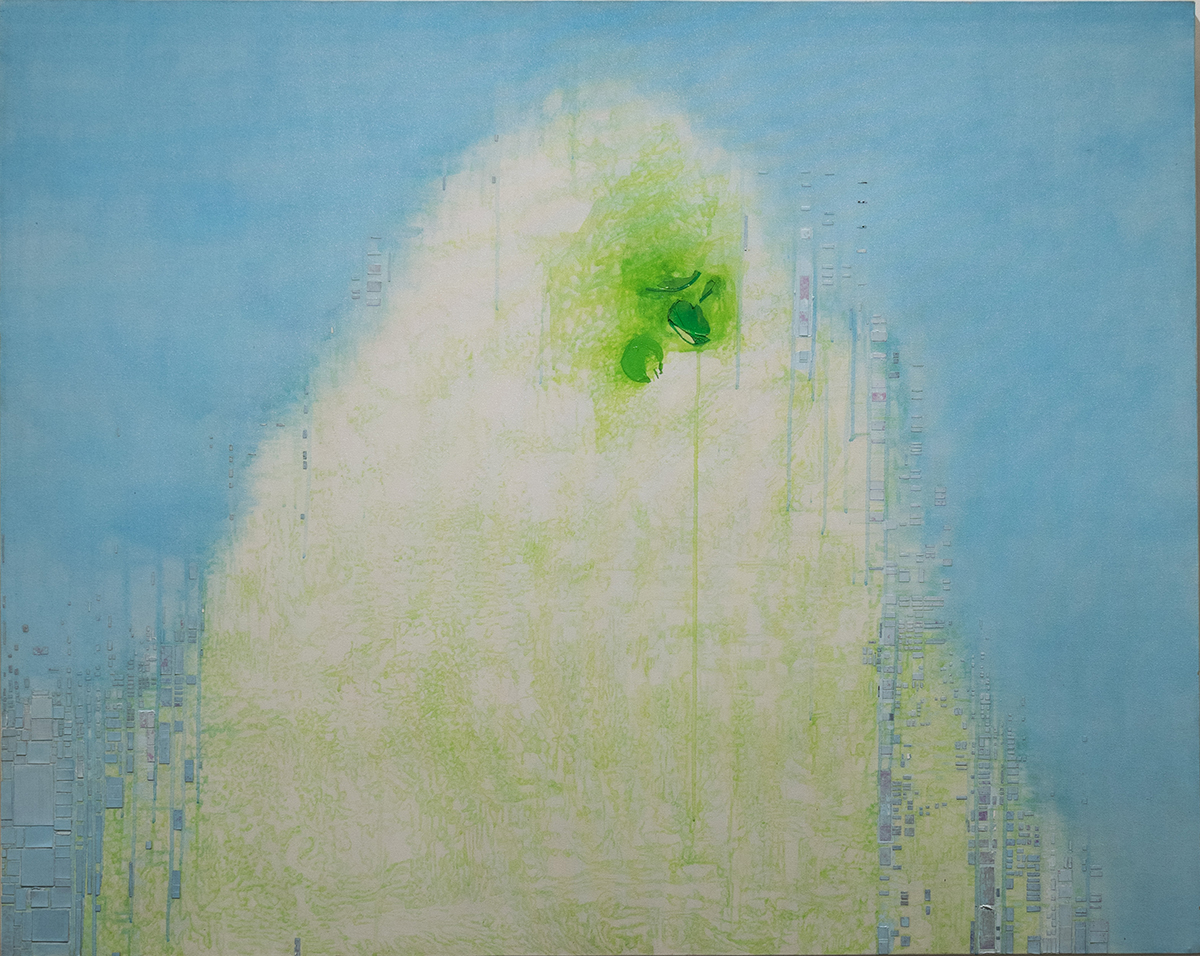 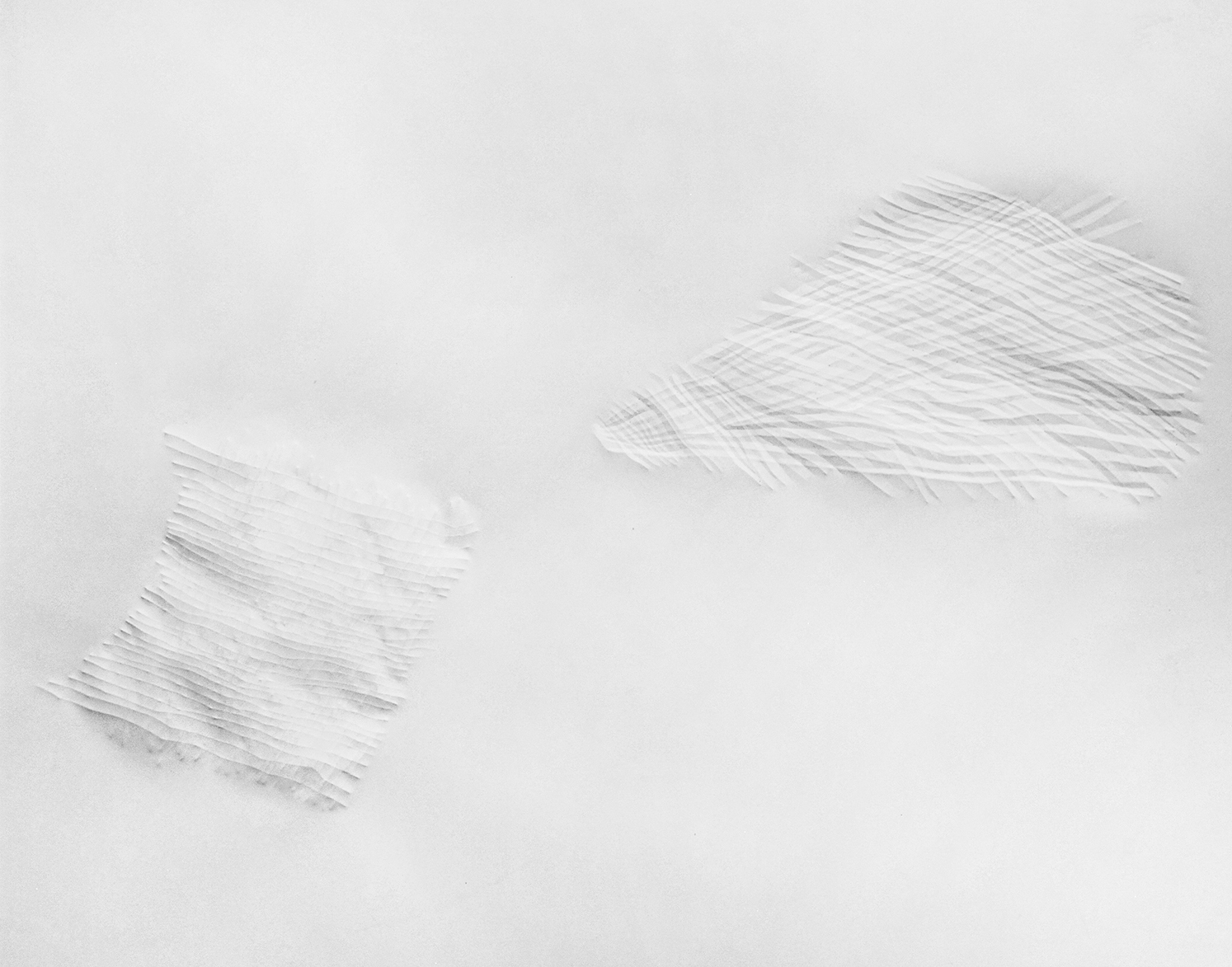 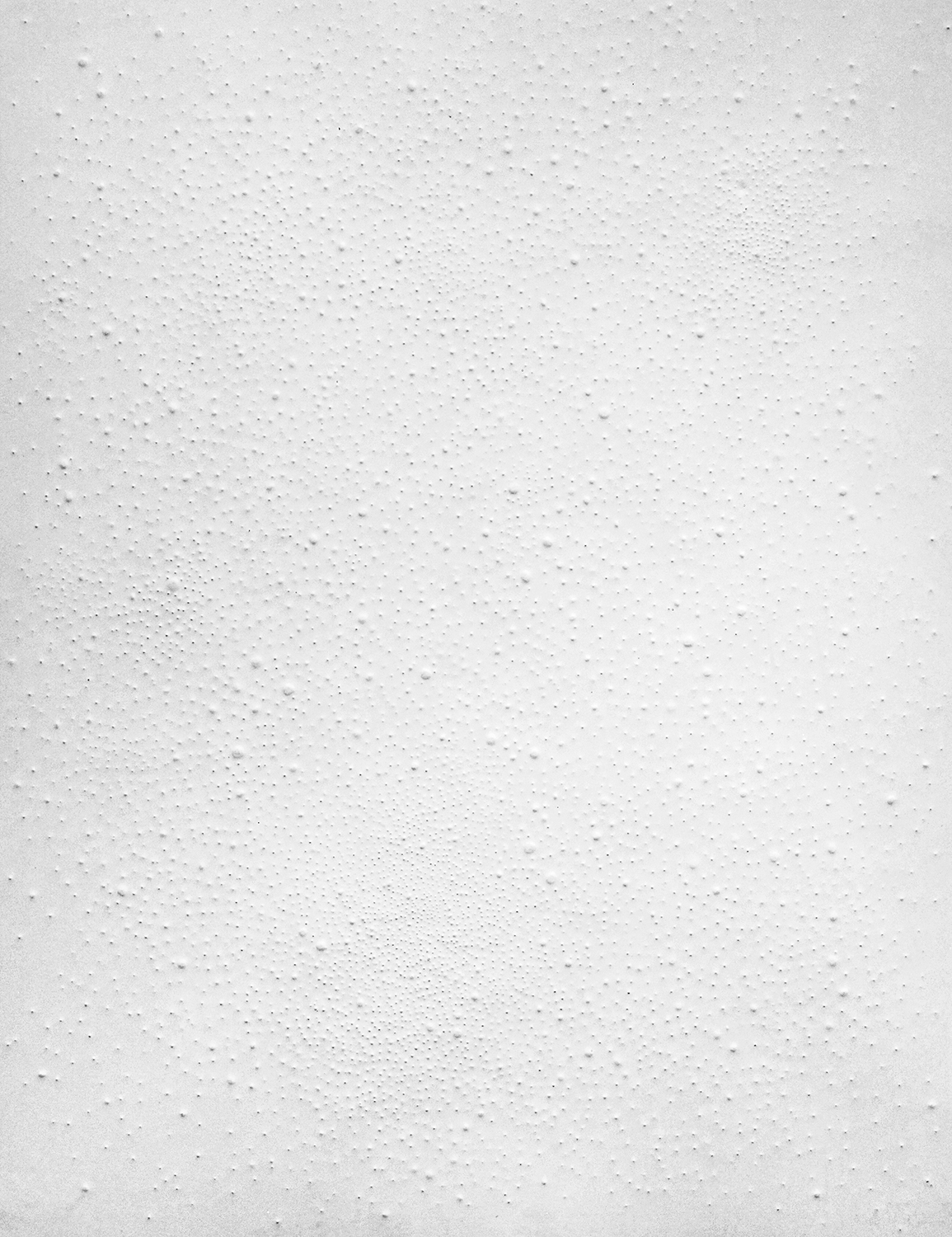 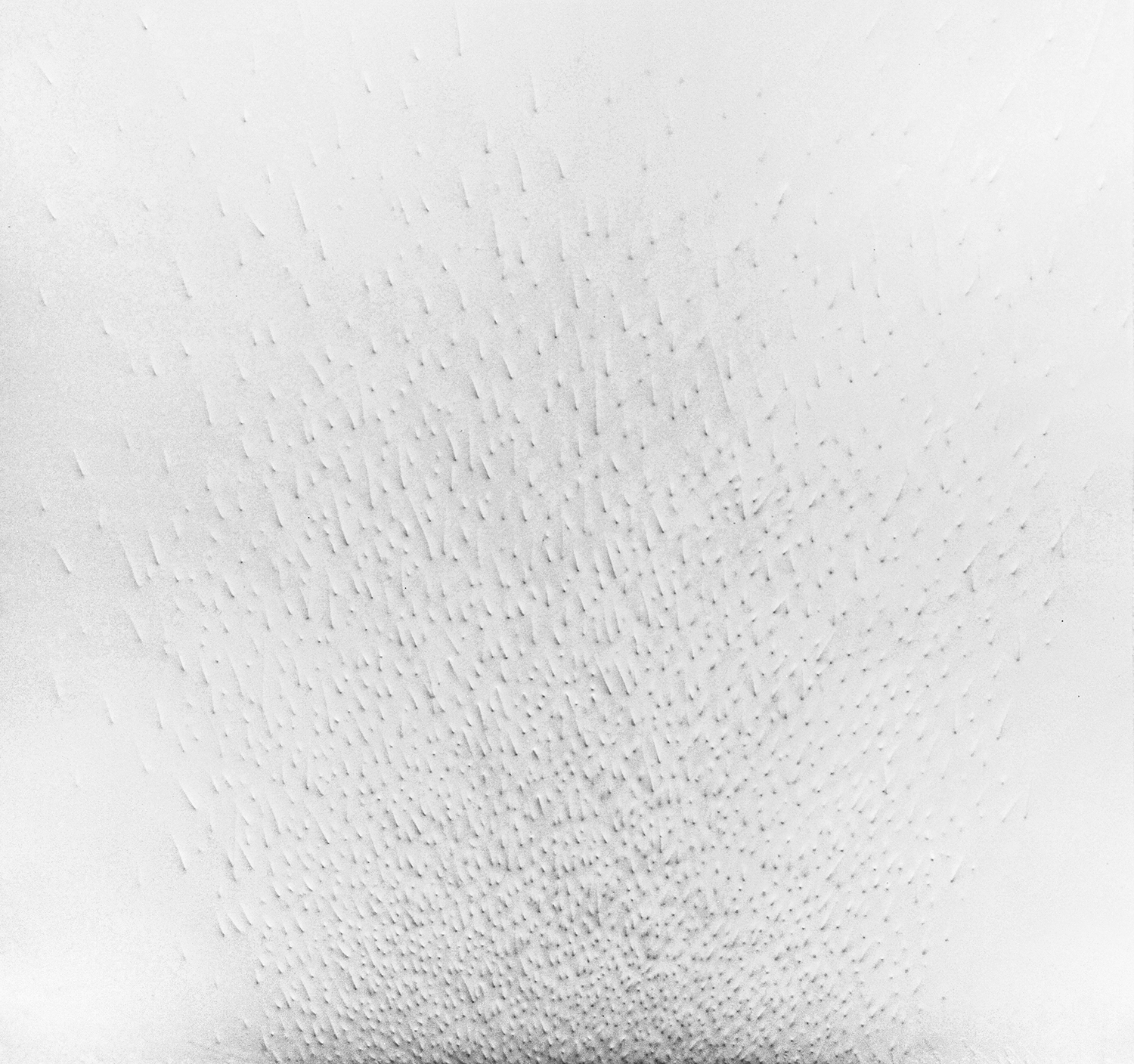 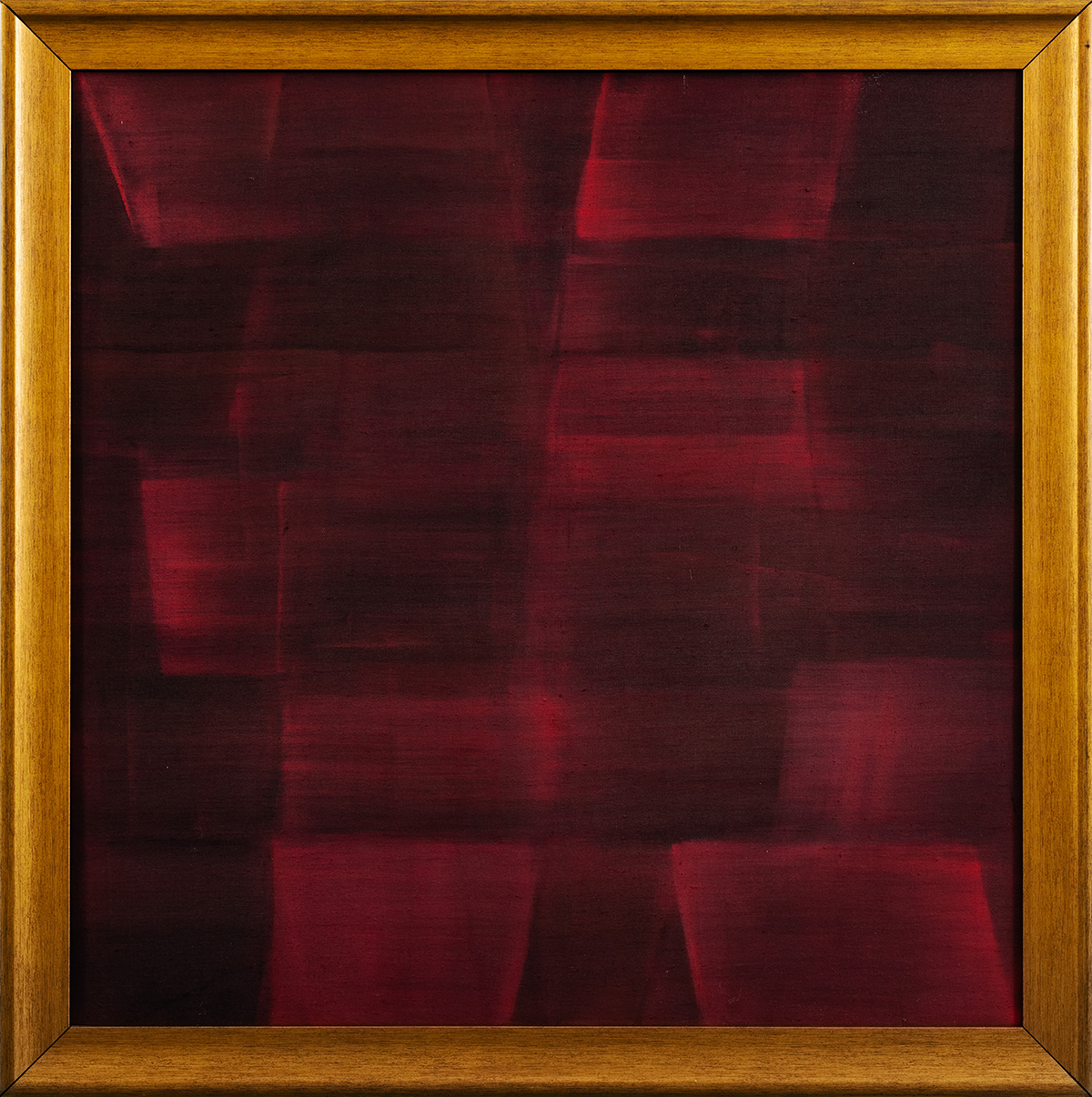 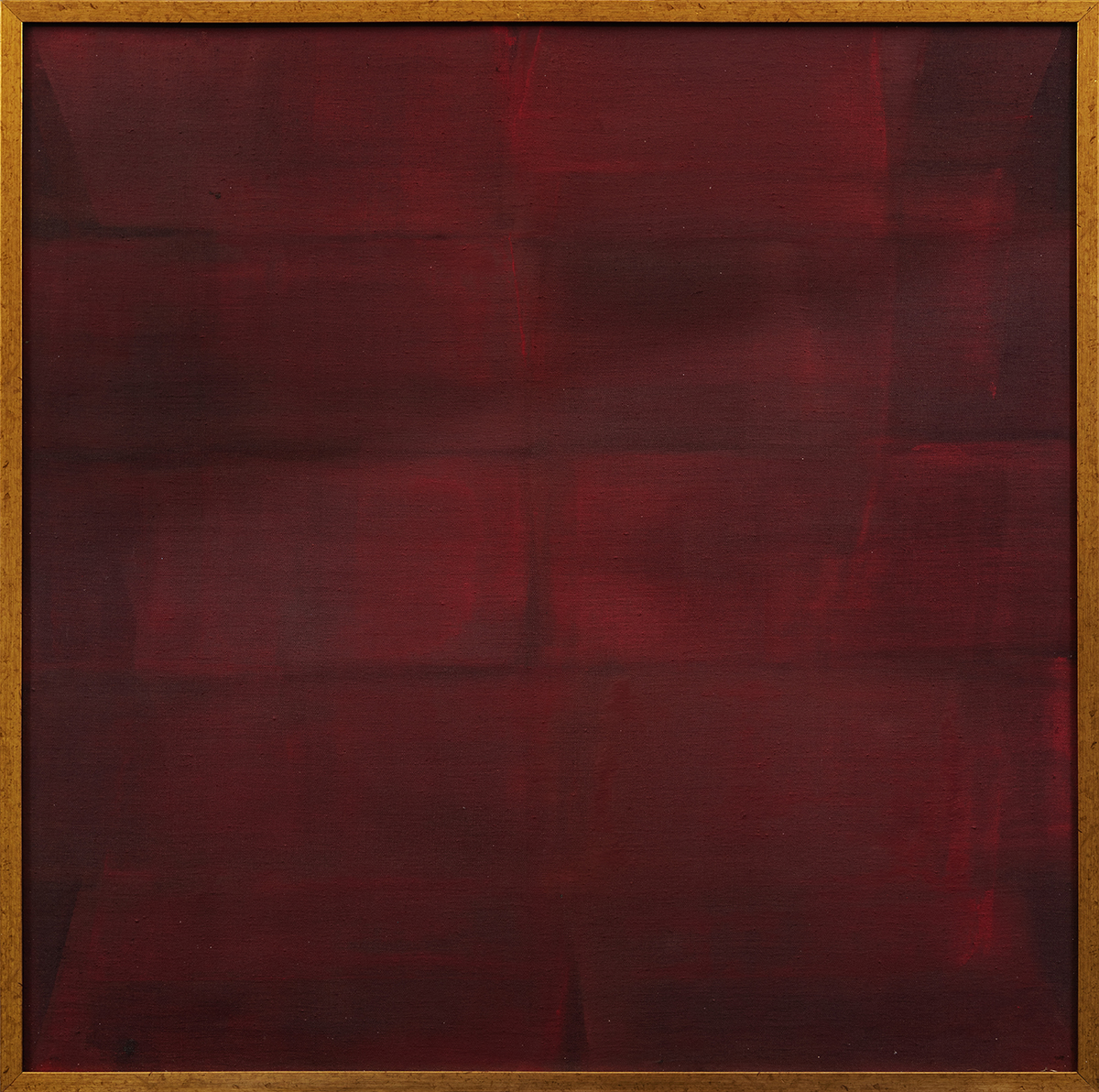