Tito Years : Forensics of the local

Tito Years : Forensics of the local

When an 1200 horse power Mercury Marine outboard engine is fitted to a old fishing trawler, the ancient vessel eventually assumes the speed that the engine promises, however, somewhere in the high sea, cracks appear on its hull. Tito years is a series of graphic commentaries that examine these cracks. The drawings and texts forensically re-examines the near past of vanishing objects, people, society and trades. With globalisation, the local universe is transforming. Liberalisation has forced the government to step aside from its traditional parental role, and allow the Indian middle-class to find its own solutions. India is a fast capitalising society which suffers bipolar disorder. There are losers and winners of this system. Some are outwitted by the change, such as the manufacturer of skin ointments while others like Manevendra Pahwa the real estate agent, have gained. These mini visual essays, in a value neutral way, archives the changing urban mythologies, without the mandatory breast-beating of a lamenting nostalgist. The form of the graphic novel is desecrated from its calibrated structure and laid bare on the walls of the gallery. - Sarnath Banerjee 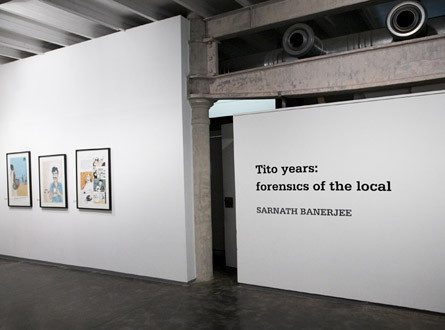 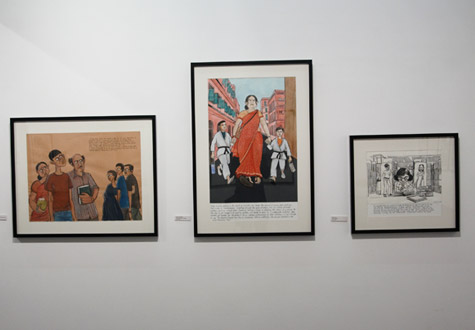 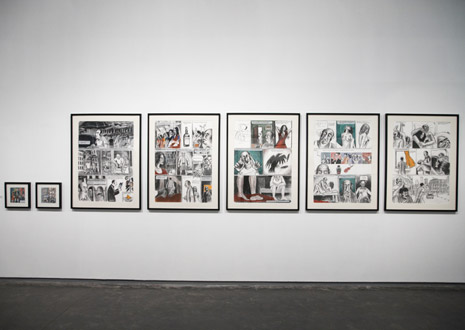 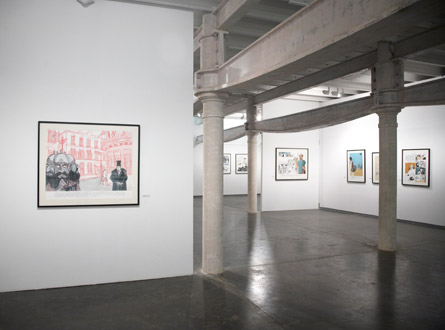 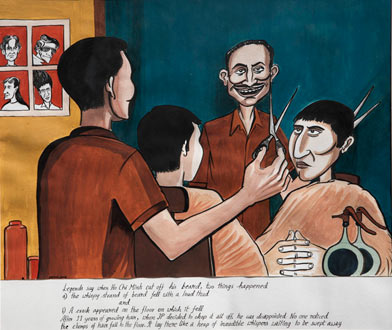 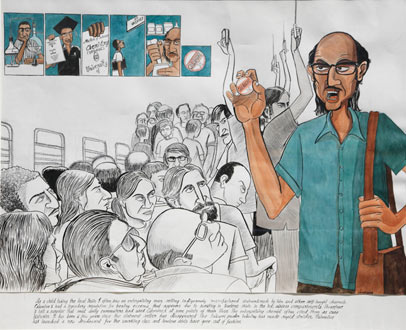 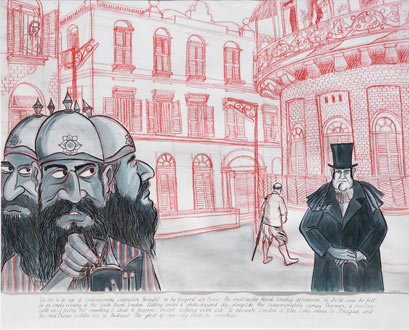 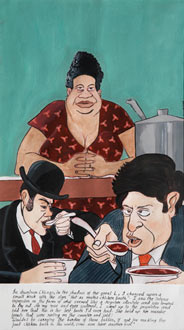 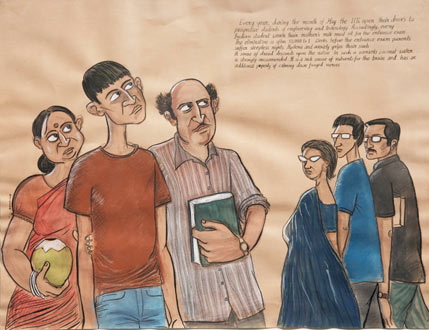 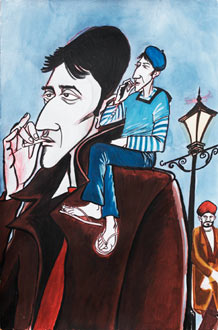 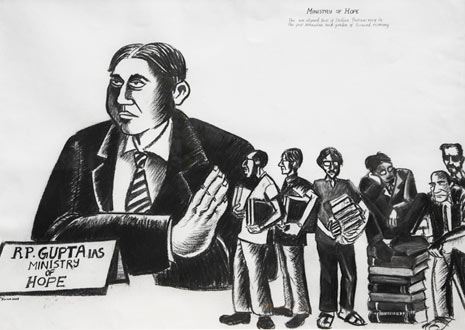 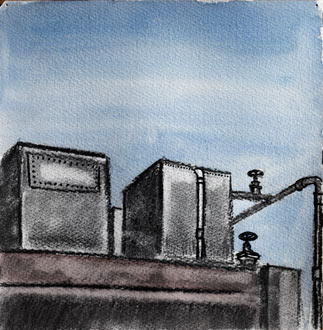 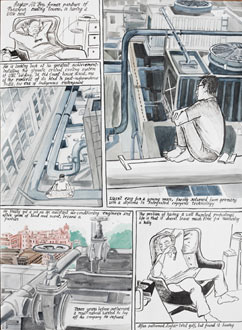 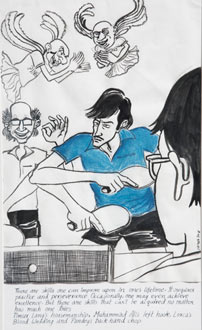 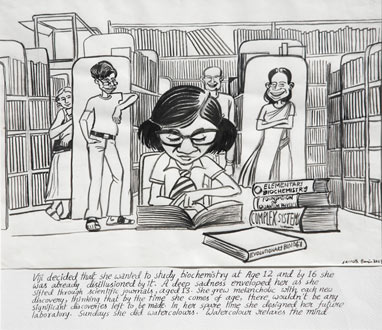 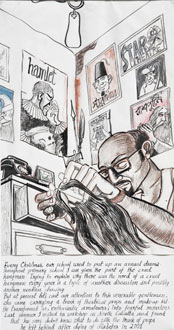 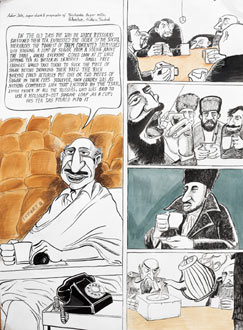 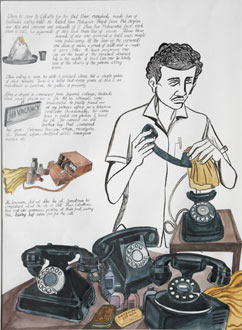 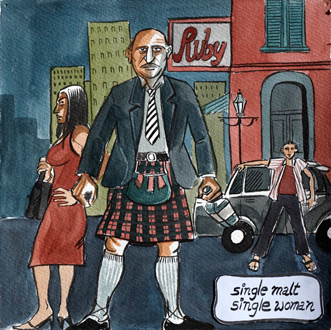 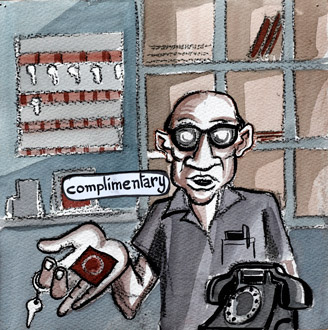 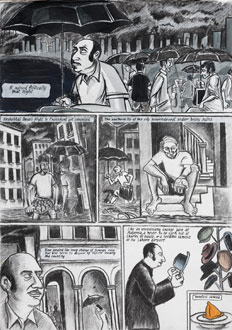 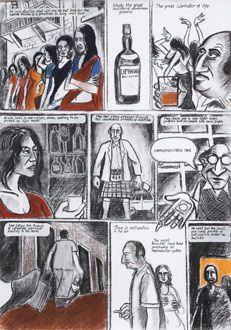 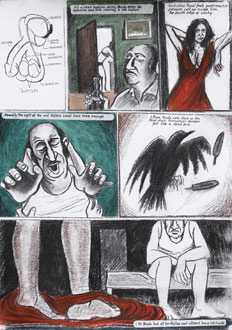 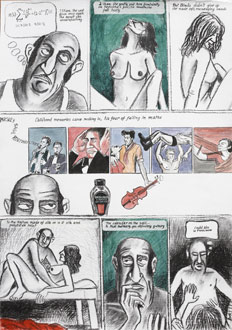