Amritah Sen's second show in Mumbai, titled hide and seek, is partly done in collage and mainly painted in monochromatic water colour, narrating the interplay between the big and the small. The three main characters of the show is a tiger (strong and the gallant one), a zebra (shy and timid) and the juncture point. Eventually all three of them have similar kind of stripes as their main distinguishing mark. The artist claimed it to be her own story, and may be that of many others. Amritah, has been, mainly a narrative painter. Her works often represents stories in multiple layers. Metaphors, allegorical twists-in-the-stories, and quotations from literature are few common traits in her works. She paints her intimate world. The minute details, wit and fun elements demands a closer look. In this set of paintings, it is often shown the small to win over the big. It is, however, more common the other way round, when the small is attacked and injured by the big. But, the rare moments of big saving the small is also not unknown to the artist. The two animals here, have been chosen consciously to represents one's inner and outer self, mainly because the basic relation between the tiger and zebra is to chase and run. The artist has seen two parts of her soul - often contradicting and always questioning - standing in almost similar relationship.The third main character, the juncture point, is the silent seer, allow the players to stop, breathe and think. 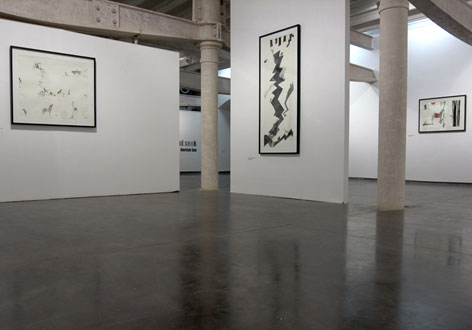 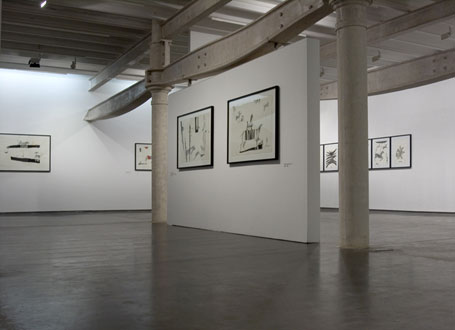 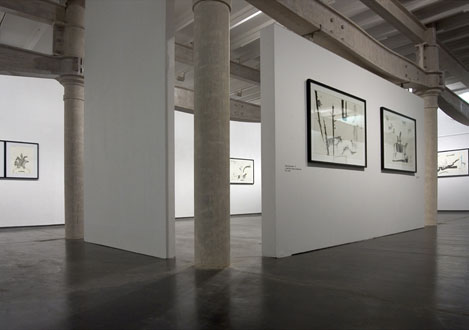 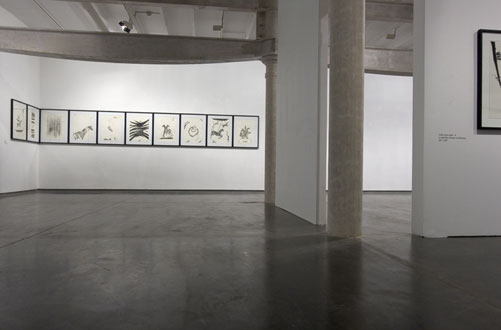 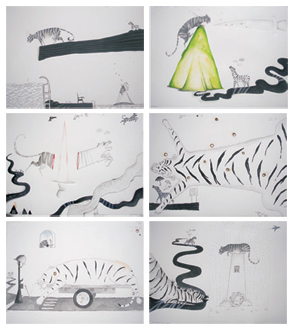 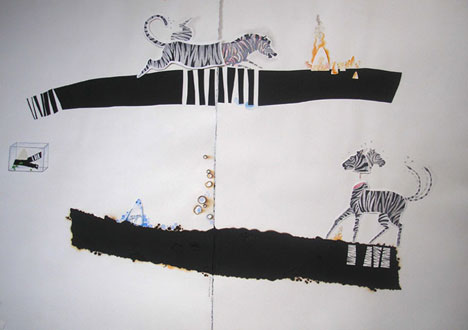 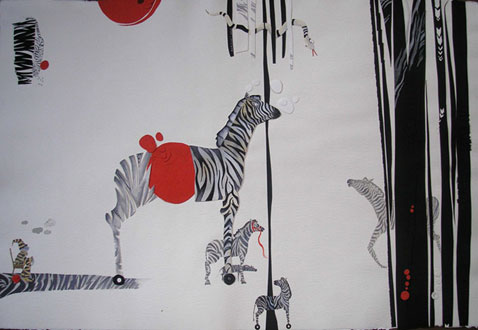 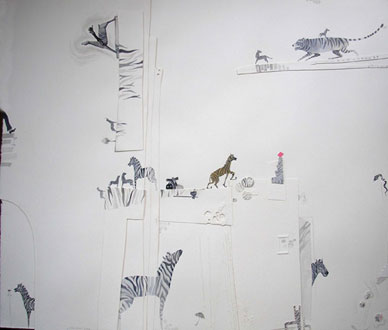 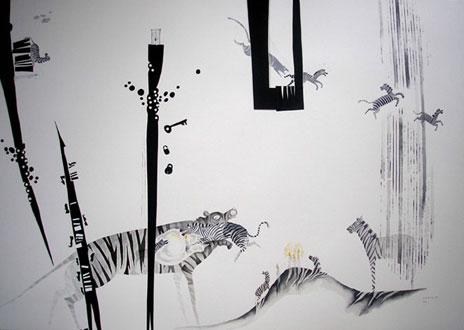 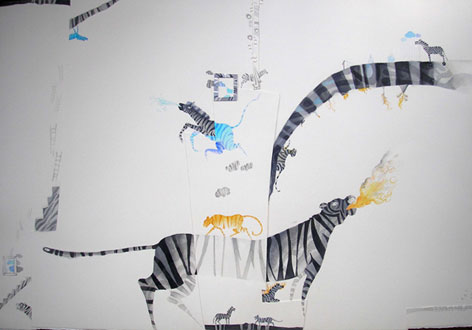 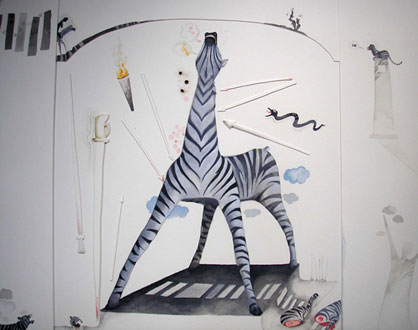 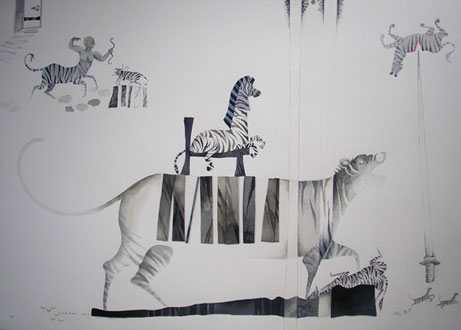 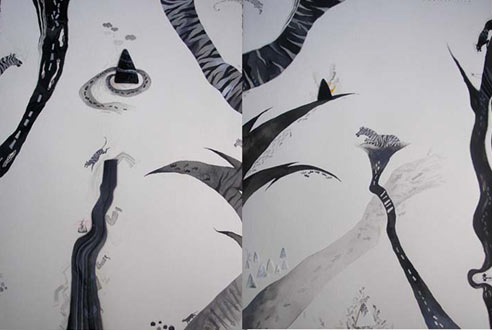 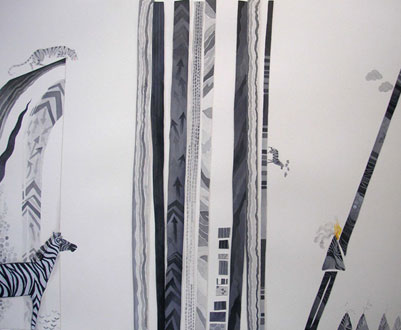 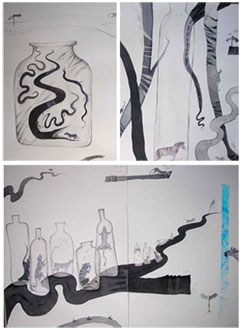