Vibha Galhotra new exhibition, entitled Metropia marks the artist's first solo in Mumbai and includes photographs, paintings, sculpture and installations. To comprehend the dynamics of Galhotra's work, it is important to understand her earlier shows Between Me and Delhi(2005) and Where do we come from? Where are we going?(2006). In other words, the personal journey the artist has made from being a 'migrant' to the city to a 'citizen' of New Delhi, living and grappling with larger humanitarian and environmental issues of her city. Working consciously to remove overtly emotional or personal aspects from her work, the artist explores the city as a teeming, festering, pulsating mass of people and concrete structures. Based on the plan that the government conceptualised for the city of New Delhi in 2021, 'Master Plan- 2021' heralds the chaos that the massive reworking has already brought about in its wake, by large-scale construction, demolition and re-building. People's lives are thus literally being nailed, as the artist shows through the use of nails in the work itself. This point is further reiterated in 'Work in Progress' where golden bricks seek to freeze the activity of construction, metamorphosis and transformation in time. She further explores the daily experiences that come with living in a metropolitan city in 'Inconvenience Regretted', where she points to the hassles people face when the government undertakes projects which usually takes aeons to get completed, making a travesty of the lives of people who have to live within those spaces. Any objections raised on that account are usually greeted with the stoic 'asuvidha ke liye khed hai', leaving little room for further argument. Vibha's work questions the degradation and depletion of the natural resources that such massive refurbishing will surely entail. In her photographs from the Neo-Camouflage series she questions the legacy we will leave behind for the next generation with this ruthless desire for more urban space.It is as though we are 'gifting' an environment which has been over-utilised. But the solution to this overarching problem is to camouflage the imminent danger behind an exterior of a well-developed, planned 'new' city, regardless of what costs future generations pay. To make this Metropia more attractive, one can always conjure up, as the title of Vibha's work suggest, a 'Neo-camouflage' for it. 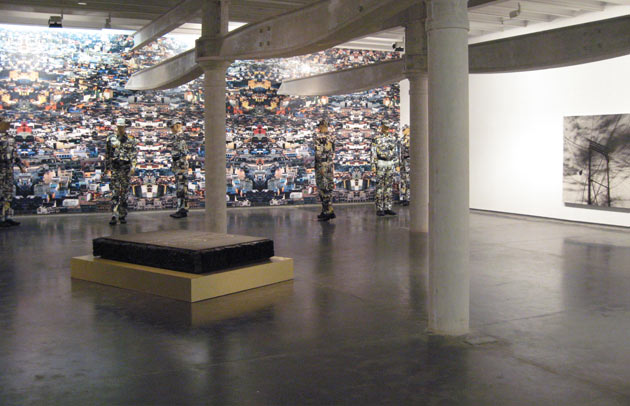 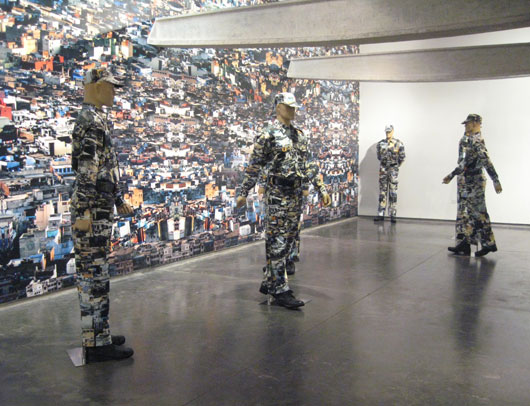 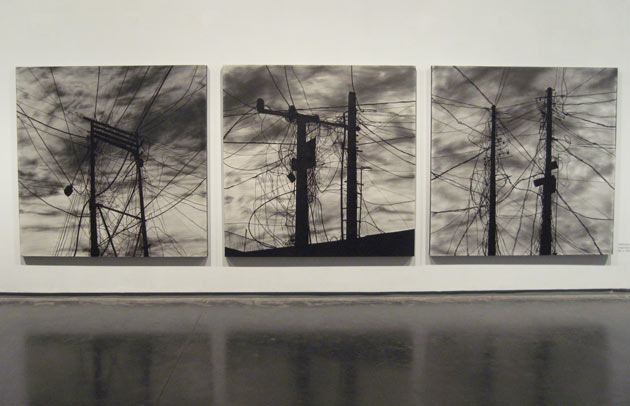 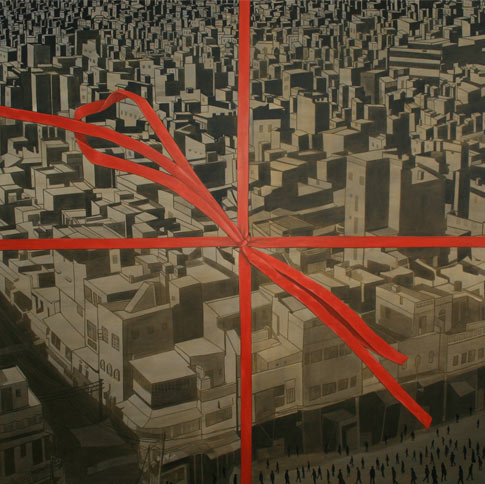 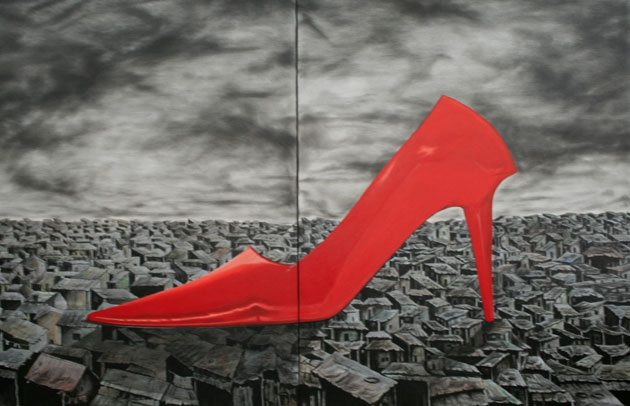 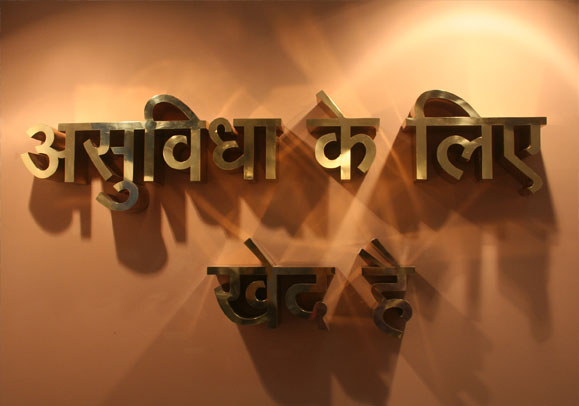 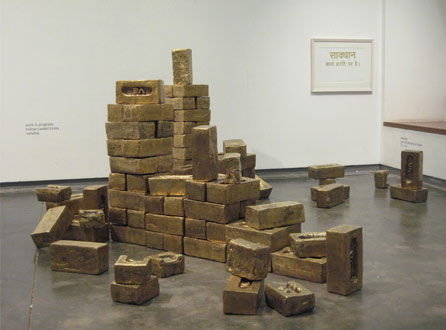 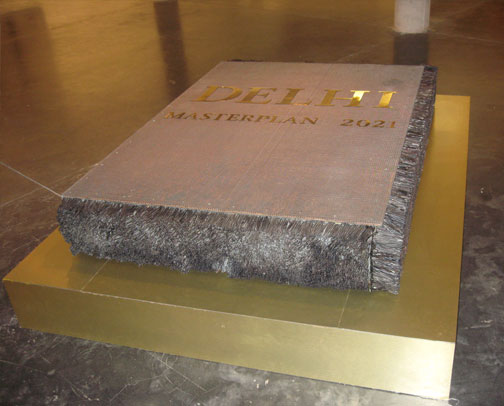