C Bhagyanath's new exhibition titled In Limbo marks the artist's first solo show with Project 88, and comprises a suite of paintings in oil and acrylic on canvas. The works that Bhagyanath presents in this show are rooted in the constant changes that the present urban life is undergoing, drawing subtly upon his memories from childhood which he spent in the quiet town of Tellichery, in north Kannur. Perhaps it was that early existence in a rural town that makes him aware of an aspect of urban life that others have become numbed to, namely that the chasm between human inhabitation and nature widens everyday. The growing metropolis' has a face which is constantly shifting owing to the invariable and ever increasing needs of its teeming population. More specifically, Bhagyanath's works focus on the paradox which is created when an urban existence fails to deliver the dreams and promises for a better life that draw many to its fold. The failed and broken promises, the artist believes, prompts the harassed populace towards a downward spiral leading to an increased crime rate, chronic illnesses, and inexplicable fetishes. In short, an unhealthy existence which upsets the delicate balance of ecology and structured social existence. It is a stifling, festering and negative existence, and yet, the majority of population carries on living so, seemingly unaware of the destruction which is being set in motion due to the collective failure to take any steps which could have rectified the situation. To emphasize this predicament further, he draws from the work of Pieter Bruegel (the elder) - Blind leading the Blind, wherein we see six blind men being led by a blind man himself. This forms a detail of one of Bhagyanath's work, only, here it is an endless line of blind men, all headed towards the rupture in the road, plummeting into the abyss. 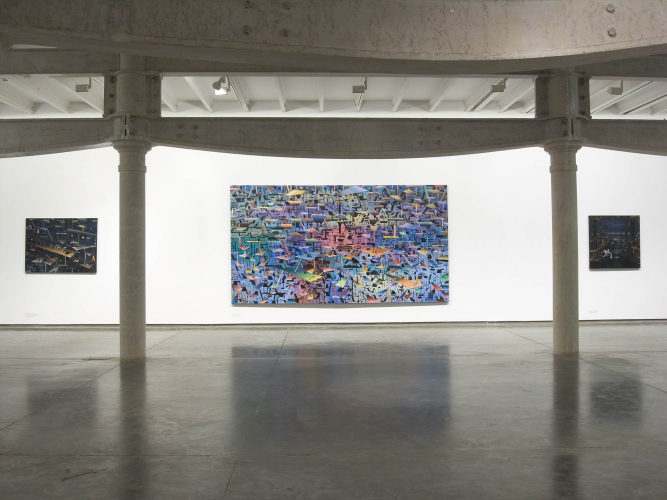 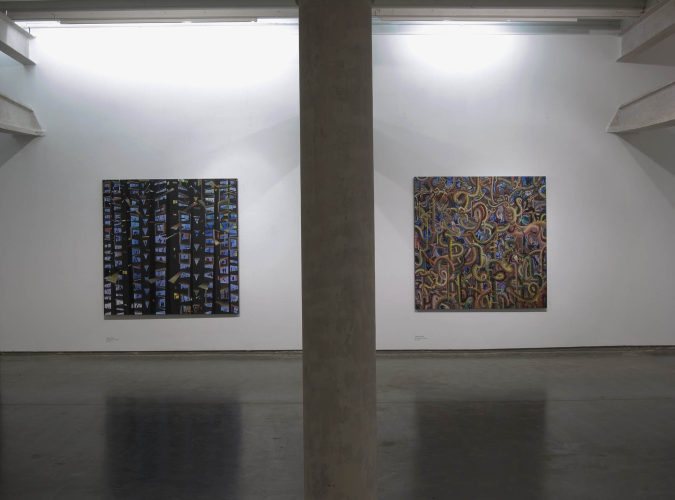 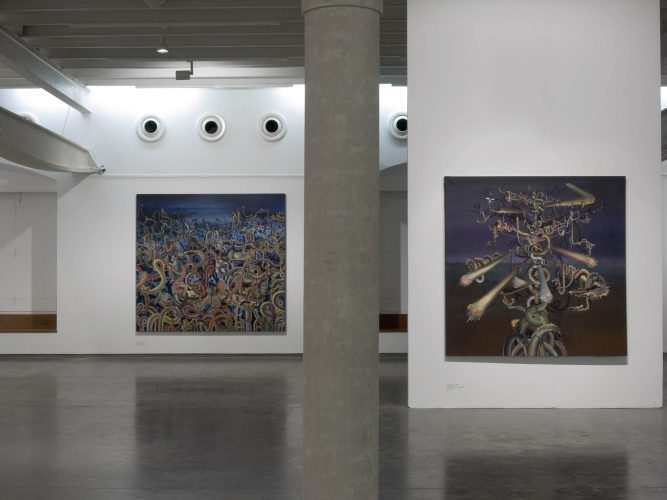 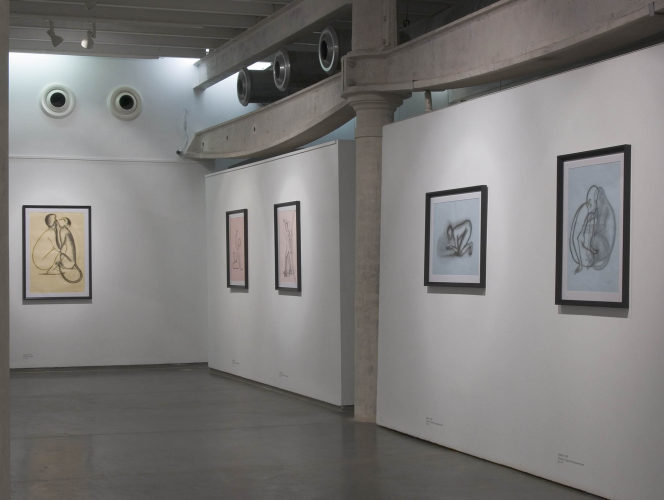 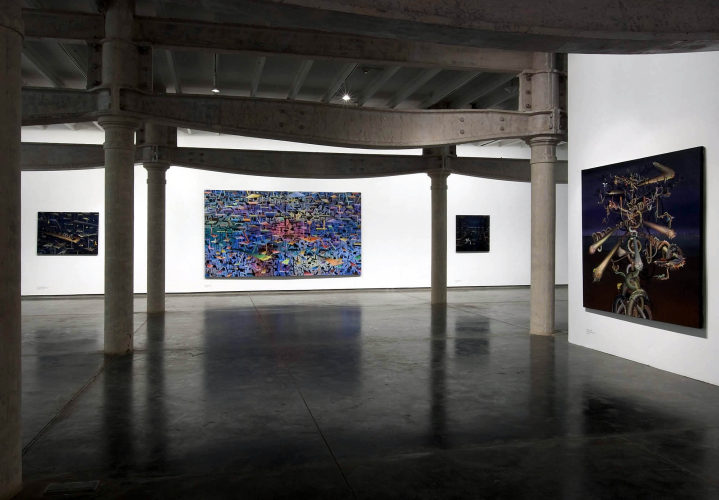