Mixed-media artist Monali Meher (works and lives between the Netherlands and India) started her career (1998) by introspecting cultural shifts through a series of performances in which body and space play an important role. In 2006 at Tate Modern, London, she presented her performance called Between the Familiar/ Unfamiliar, the Home and Heart, Beats a Golden Kiss. Monali Meher has been participating in international events such as - the Live Art Festival in Glasgow (Scotland), the International Performance Festival in Beijing (China) and the Biennale of Sinop (Turkey). For her solo show at Project 88 gallery, Meher proposes a thought about the notion of time, as underlined in the title, Departed, Assembled, Wrapped, Captured: Time. Through a selection of recent and past artworks, the artist points out her exploration into the physicality of time, the way she embodies, catches, makes it visible and manipulates its past and present energy. Her artistic performances, installations, objects, photographs and videos represent her quest for defining the body as a trouble spot of time and space, connections or mutual extensions. Beyond this quest, Monali Meher draws an ontological thought, time influencing human essence and evolution. The series called My Wrapped Home/ My Tehvar (2008) has been produced during the artist's residency in Karachi (Pakistan). The wrapped objects are central to the work of Meher. The artist started wrapping objects in 2005 with the aim to allow emotions to emerge from them, the red being both a colour of life and death, joy and violence. It was a natural process in her work, even if it reminded her of the threads and pieces of cloth attached to the structure of temples. In Meher's work, the wrapped objects are sensitive presences. While the wool forms a second emotional skin, the action of wrapping underlines the human process of construction. These objects are like a manifest, which links the notions of private/ collective memory, longing/ belonging, intimacy/ ritualization. The artist plays with senses and time process to create liminal connections between the outer tangible world and the inner invisible one. This web of connections is like a third space, the third space of narration (cf Homi K. Bhabha). This sensitive narration comes up again in other works of Meher, the series of drawings, seven Modified Hearts(2008), where it is expressed with the stitches of red wool on the crumpled handmade paper, the drawings on photographs using black Japan ink with images from performances and text, Fountain, Self Portrait with Brain, Curtain (2008-09), appear as emerging parts of mental maps. In her series of photographs, First Departure (2008) is based on a performance she did for the 1st Biennale of Sinop in 2006 (Turkey). Meher embodies the idea of a double-sided identity, split into different space/ time, as in a 'state of otherness possession. ' Standing in the sun for 3 hours on an abandoned truck in the courtyard of a disused prison, Meher was supervising the horizon by turning slowly at 45 degrees every 15 minutes. Meher distinguishes indeed more and more her discourse from the one of postcolonial studies, where the notions of identity and displacement/ immigration are conceived in terms of nation-ness. The video work called Restoring our temples (2008), realised in Istanbul, obviously relates to Meher's quotation: 'I don't want to identify, it is about restoring our temples as a body.' Meher focuses on an ontological reading of identity, described in terms of divided presence. 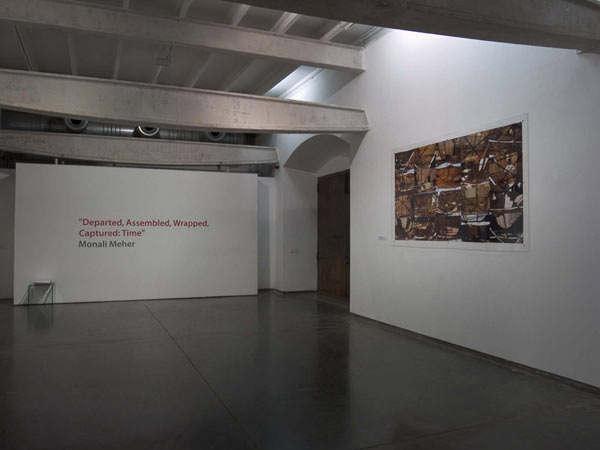 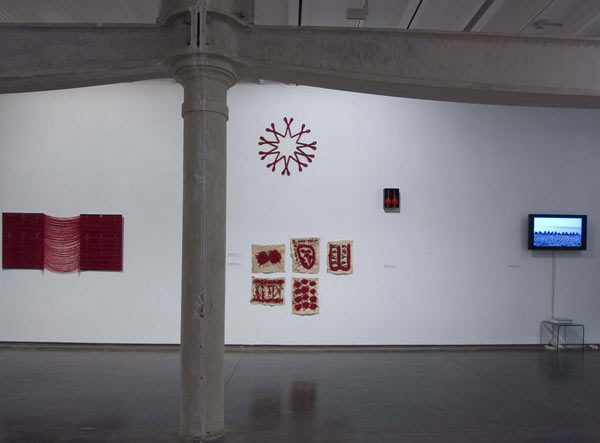 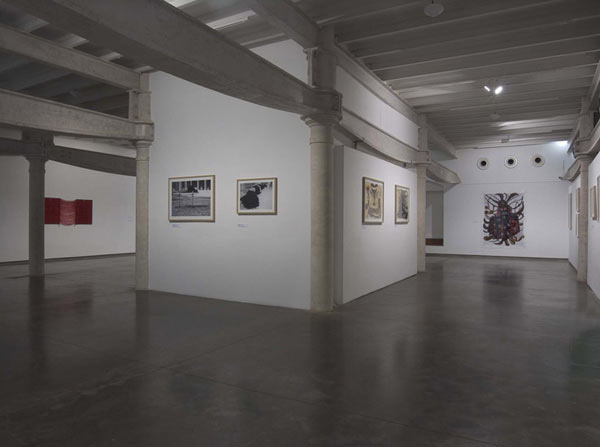 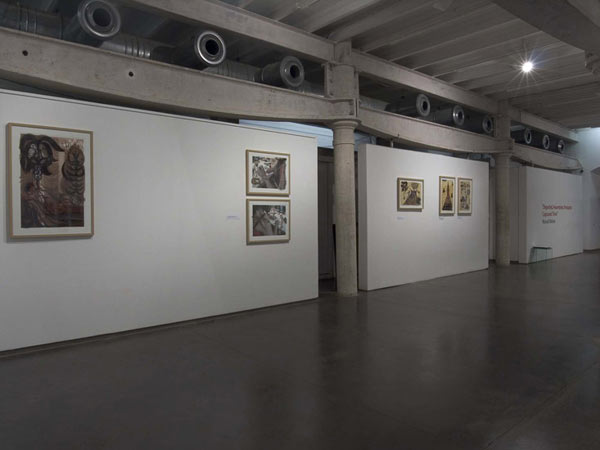 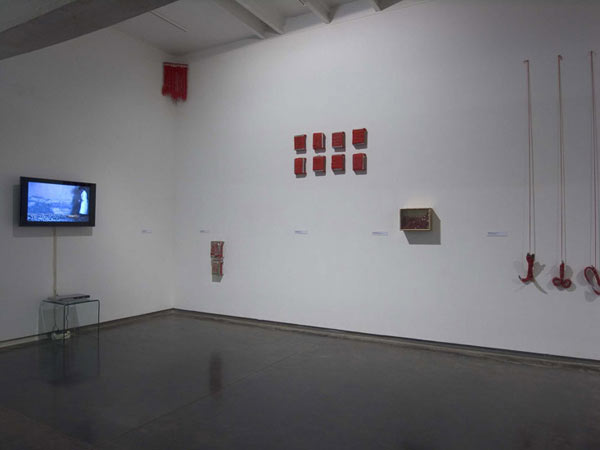 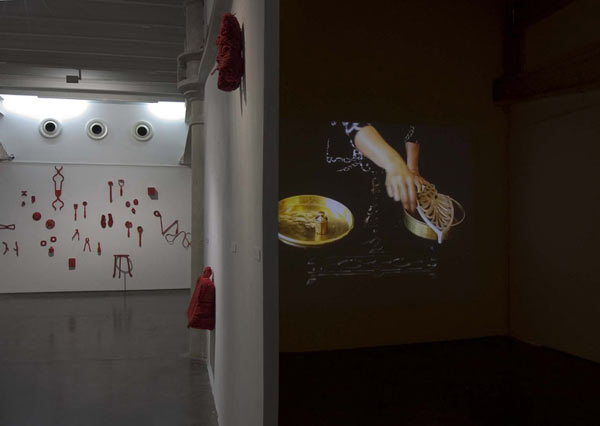 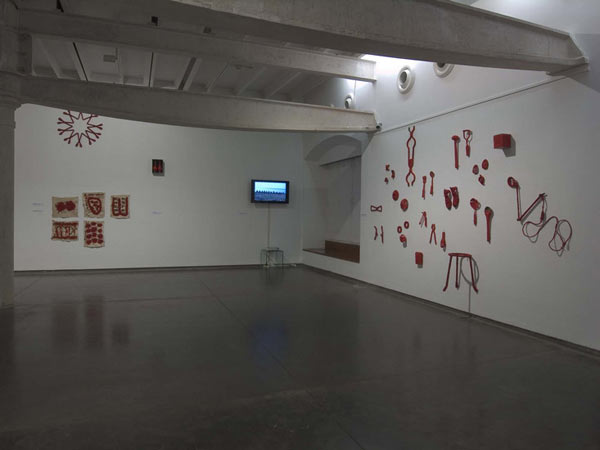 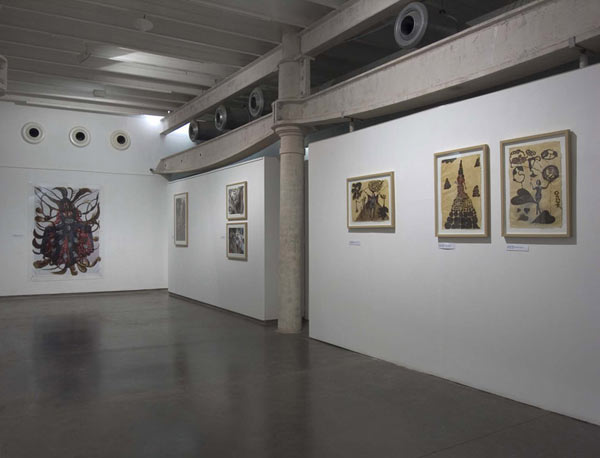 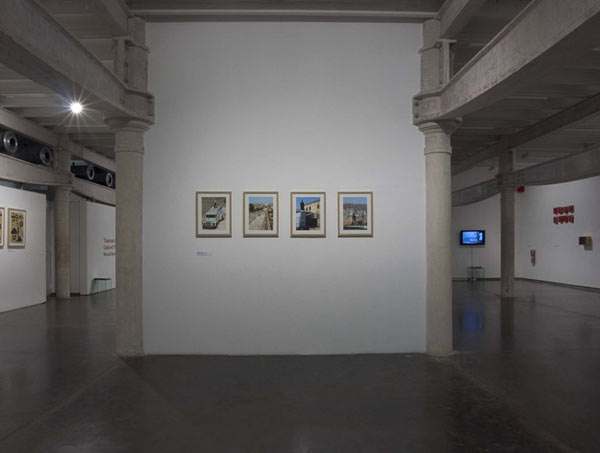 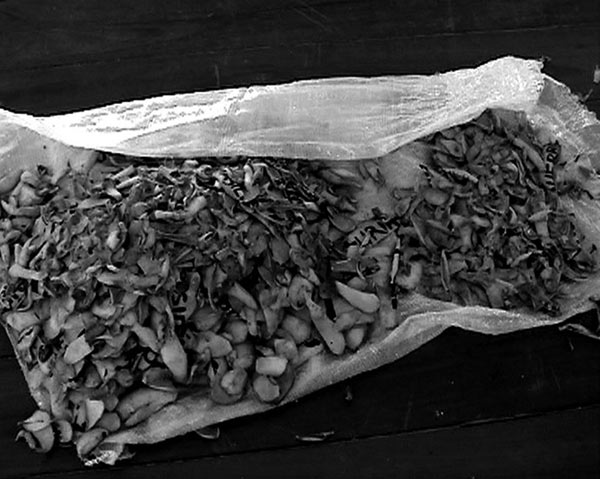 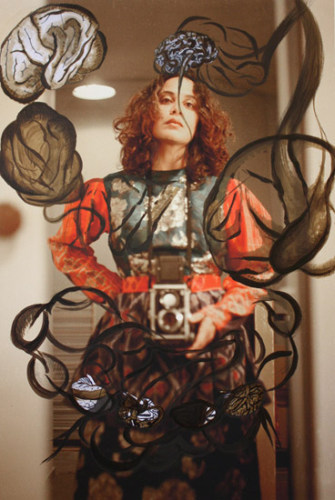 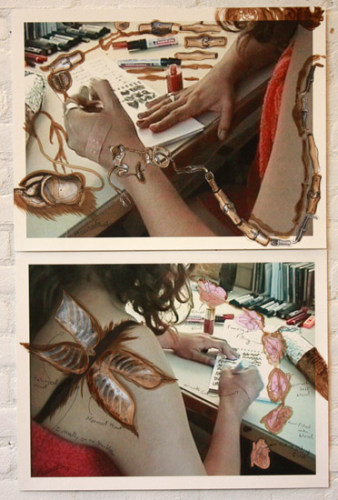 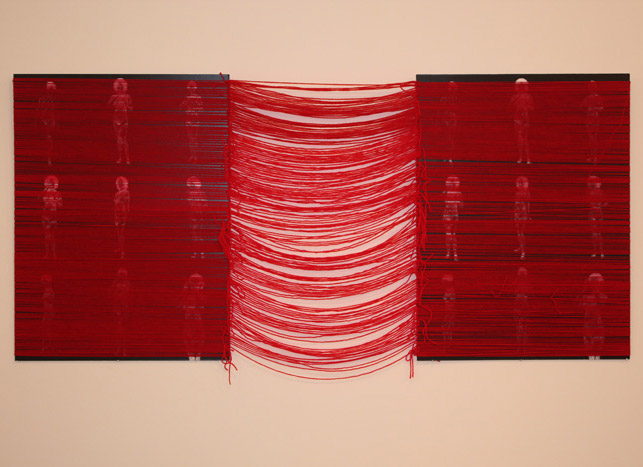 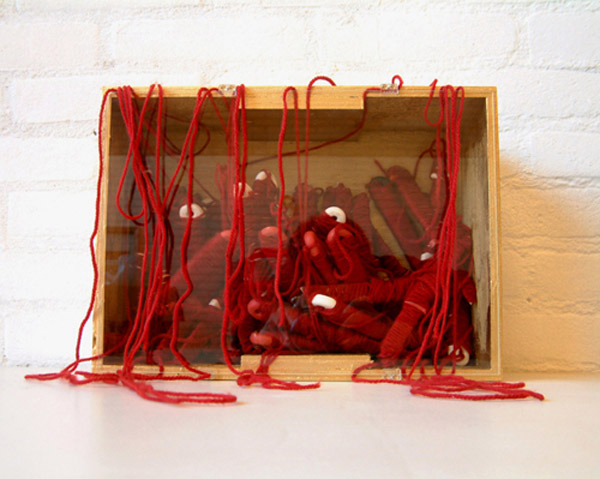 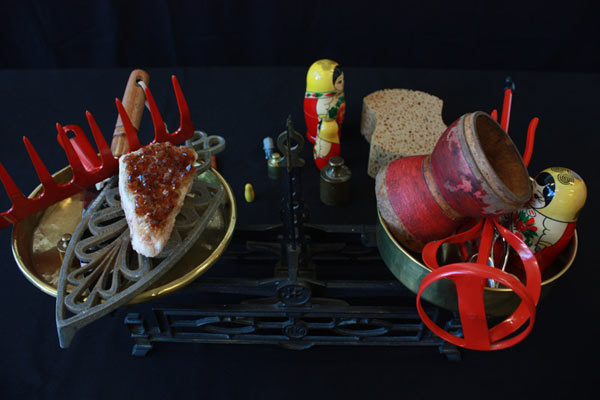 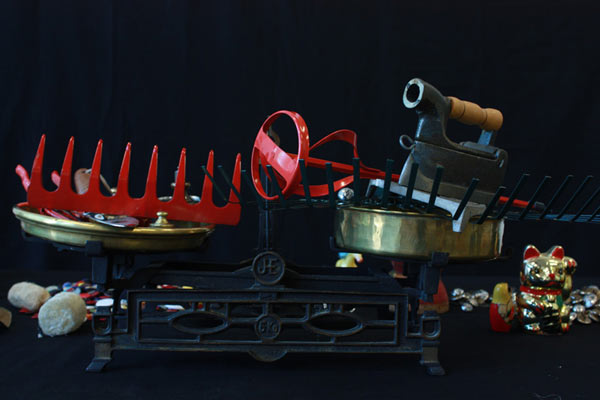