Twilight the vestige of a day, a slow approaching of the end of time and the suspension of all optimism - these are the qualities that suffuse Huma Mulji's new work which consists of paintings and sculptural installations. From the absurd buoyancy of her earlier sculptures, the new paintings have evolved a quiet but momentous decline into a complete atrophy of the 'functional'. However, despite the implications of urban ennui and dystopia, the works resonate with the earlier, familiar ironic and farcical juxtapositions of the wearing down of metropolitan glitter and spectacle. Material plays an important role in Mulji's works and is suggestive of content. The enamel paint, the precise choice of colour, rusting elements, riveted metal, the vulnerability of a taxidermy bird, visible wiring, and the use of transparency in the finely cut grilles, are all elements which continue to challenge the conviction of the real and the illusional, through a visual narrative that unexpectedly becomes incongruous. Ode to a tubelight and Ode to a window AC are mixed media works, which, play between painting and sculpture. Both these works, along with Hotel Jabees Room 404, speak of a highly localized emotional aesthetic of space and light, andare anxiety ridden, despite an otherwise tranquil air of nostalgia. In Load shedding, crows dropping dead from the sky, hallucinate between life and death as does Sparrow, with its starkly minimal palette. The installation, Ode to the lamppost that got accidently removed in the enthusiastic widening of Canal Bank road, like the paintings, recognises the loss of life, and pays homage to what no longer exists, nostalgically, but also as recognition of the brutality of time. The photographic works are overlaid with almost lace-like grilles, rendered close to invisible. The strategy suggests visual access and a physical barricade, albeit fragile, a state of captivity and sanctuary simultaneously. Here too, visibility depends on the viewing position, between absolute perception of the space or absolute perception of the boundary. Each of the photographs are otherwise abandoned communal spaces, partly concealed through the building of new fencing. 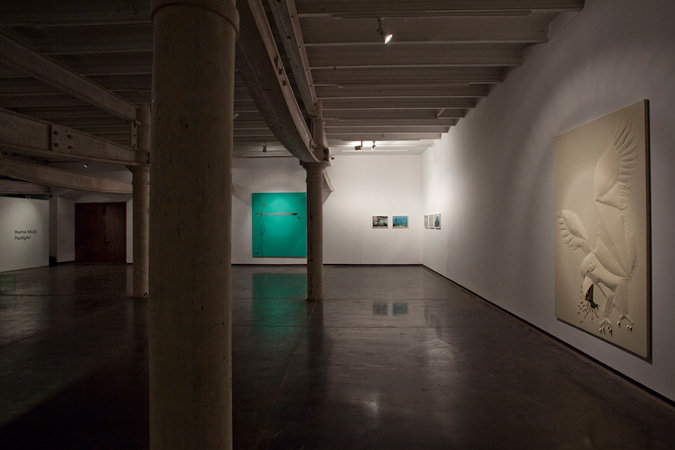 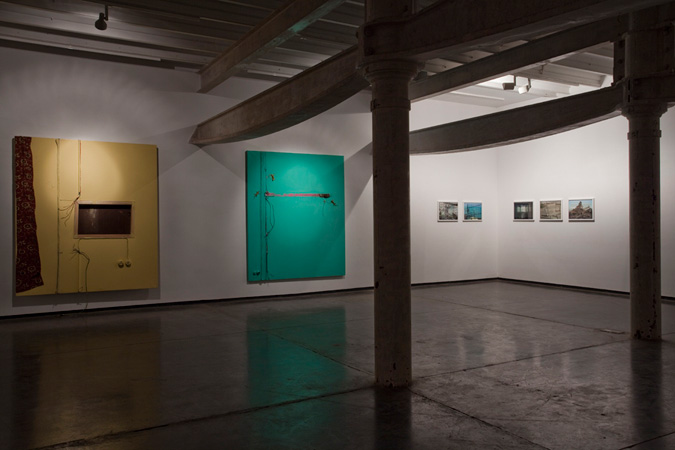 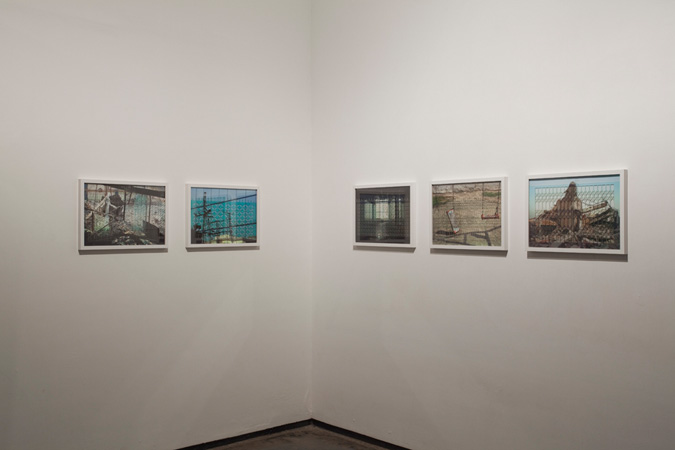 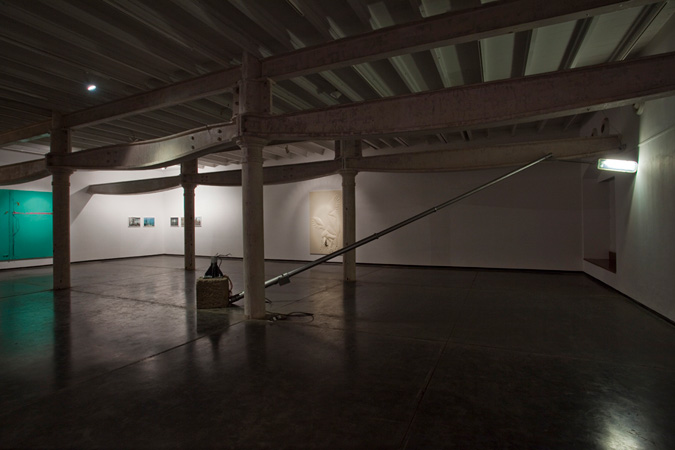 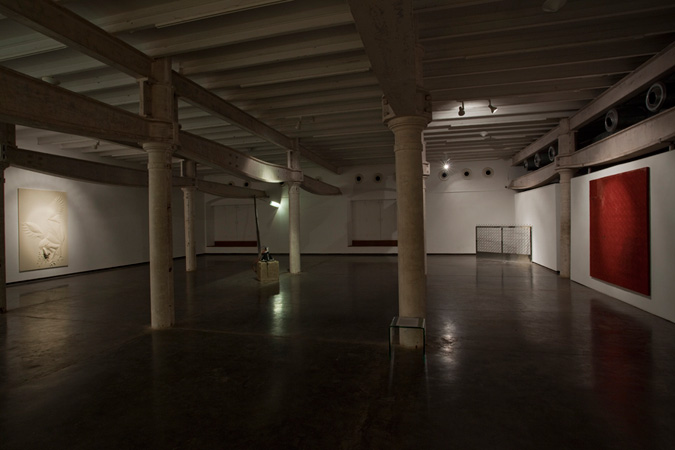 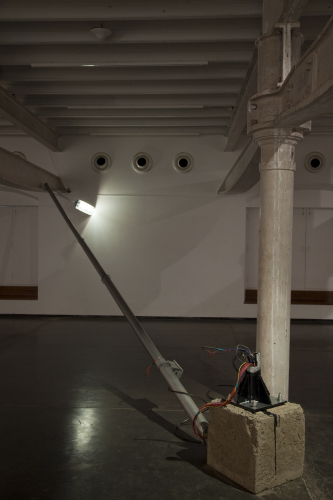 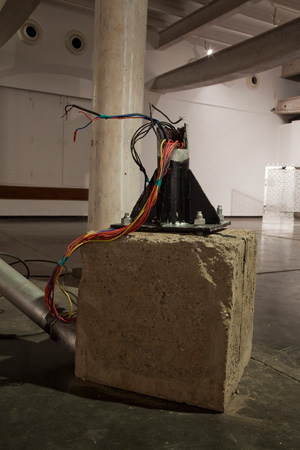 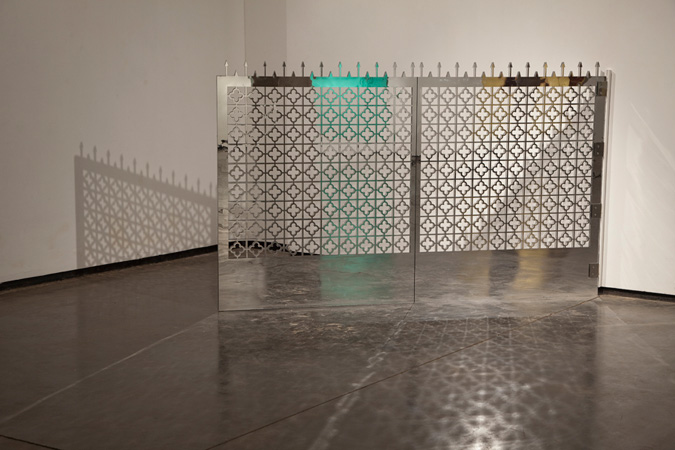 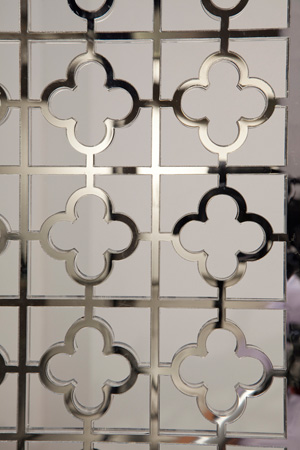 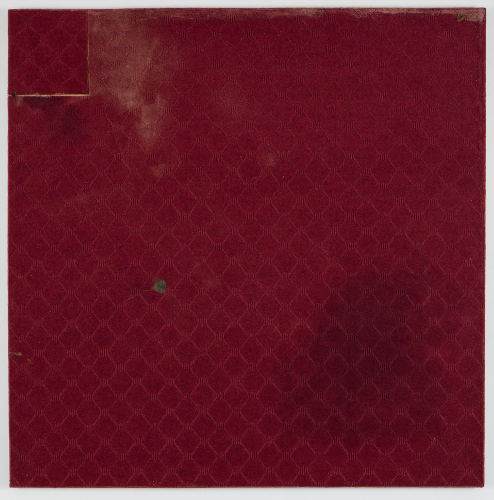 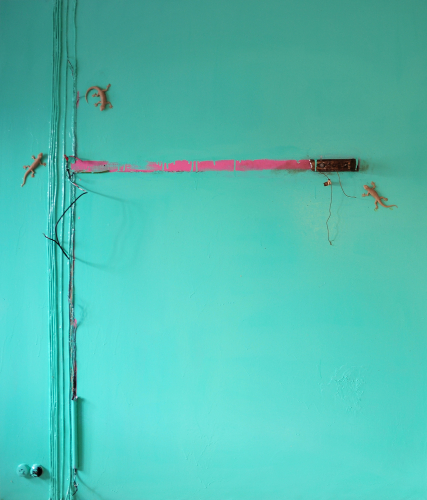 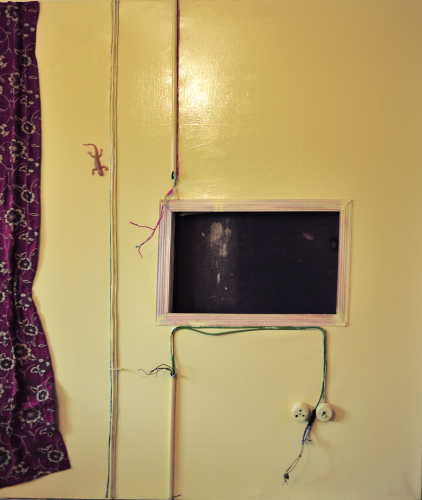 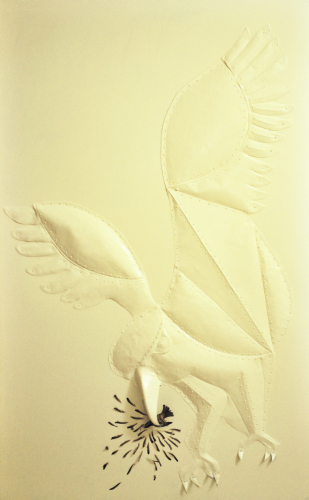 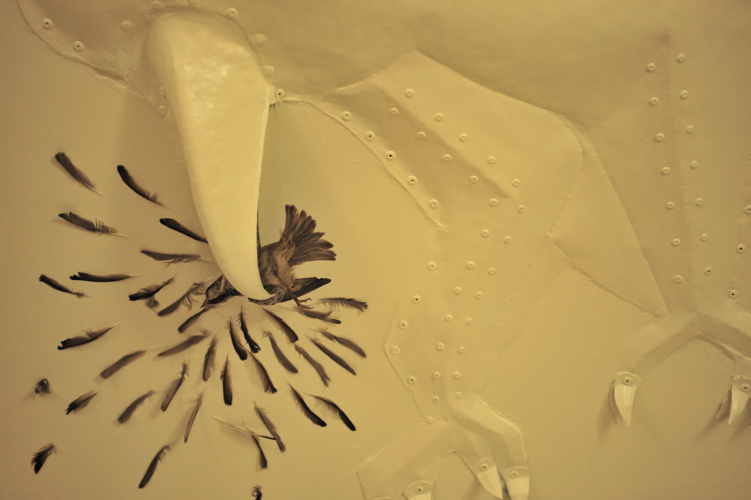 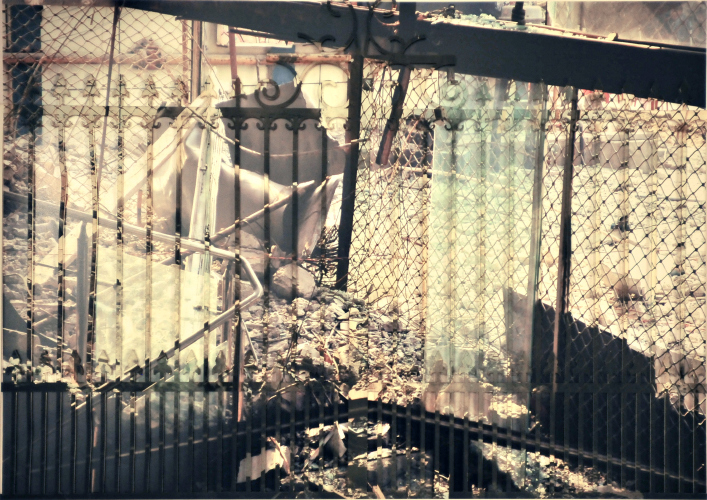 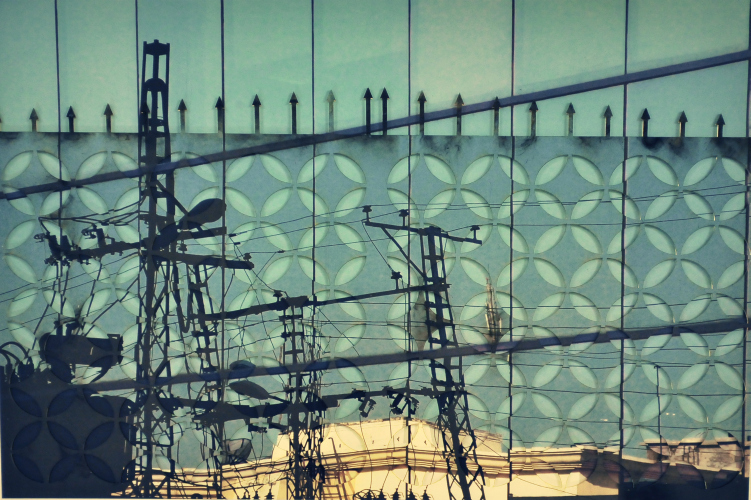 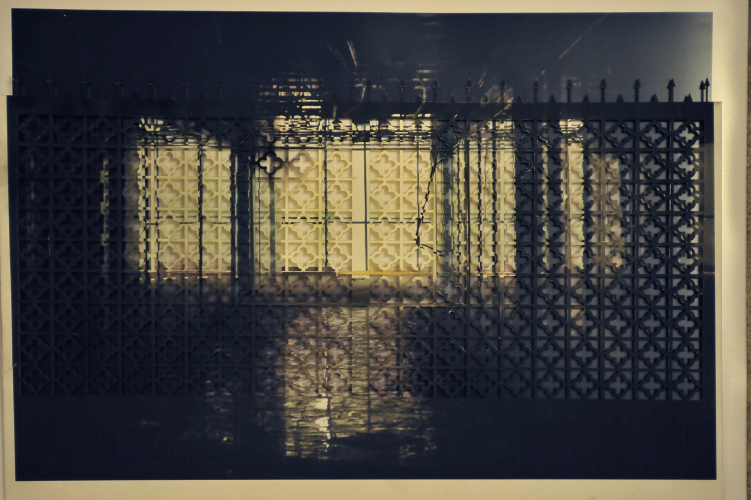 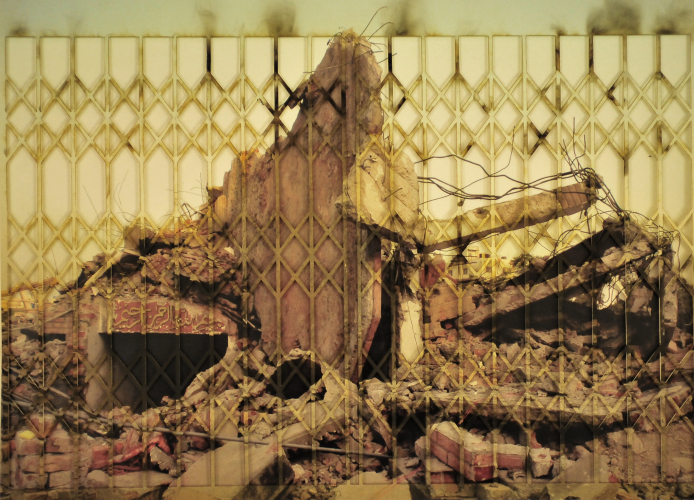 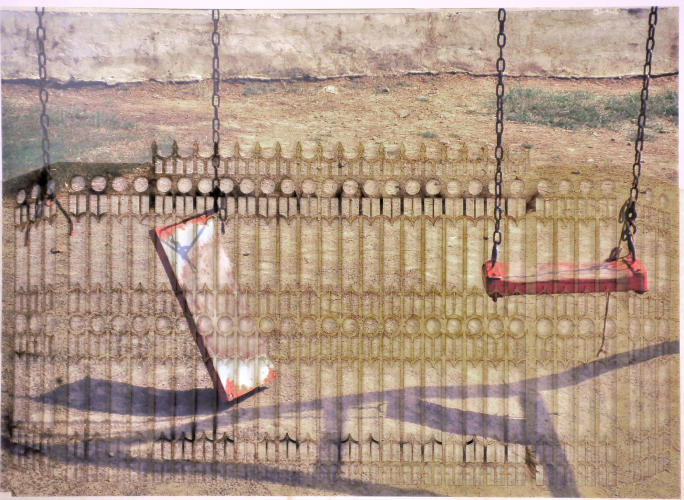