Emperor Joseph II: My dear young man, don’t take it too hard. Your work is ingenious.It’s quality work. And there are simply too many notes, that’s all. Just cut a few and it will be perfect.
Mozart: Which few did you have in mind, Majesty? -From the Hollywood film Amadeus (1984) Directed by Milos Forman / Written by Peter Shaffer Adapted from Peter Shaffer’s play Amadeus.
Mahesh Baliga cannot be hauled up for too many notes. He does not write music. Though he has been criticized for a surfeit of colours, in response to which he made Feeding the Beast (2015). A wide, red river, is flanked on the left by a man feeding a frisky swirl of black crocodiles in its flow, on the right by a small, cartoony rainbow propped on a bridge. This latter motif is modelled on a rainbow the artist saw in a reproduction of an 18th century copperplate engraving from Swiss scientist Johann Jacob Scheuchzer’s 4-volume book entitled Physica Sacra (Handbook of Natural Philosophy), first published in 1731.
In the source image, a man and a dog standing before a round portal behold a rocky, mountainous landscape wreathed with two rainbows. Like Baliga’s rainbow, the round portal and the two rainbows are all patterned in coloured radial lines. These were painted in the 18th century on top of the black and white print after the book’s publication, possibly because despite being the image’s principal motifs of colour and light they were not adequately descriptive of their own colours. It is important to note that the rainbows and the portal are the only coloured motifs not just on the one page that Baliga came across. They are the only selectively coloured images across the entirety of Scheuchzer’s monumental book. Regardless of whether or not one knows this backstory, Scheuchzer’s rainbow looks overwhelmingly outdone in Baliga’s painting. For a proverbially colourful thing, it looks simply not colourful enough. This is precisely why the artist included it, as an ironic defence of his own putatively overblown sense of colour. There is, Baliga seems to argue, no such thing as too many colours. 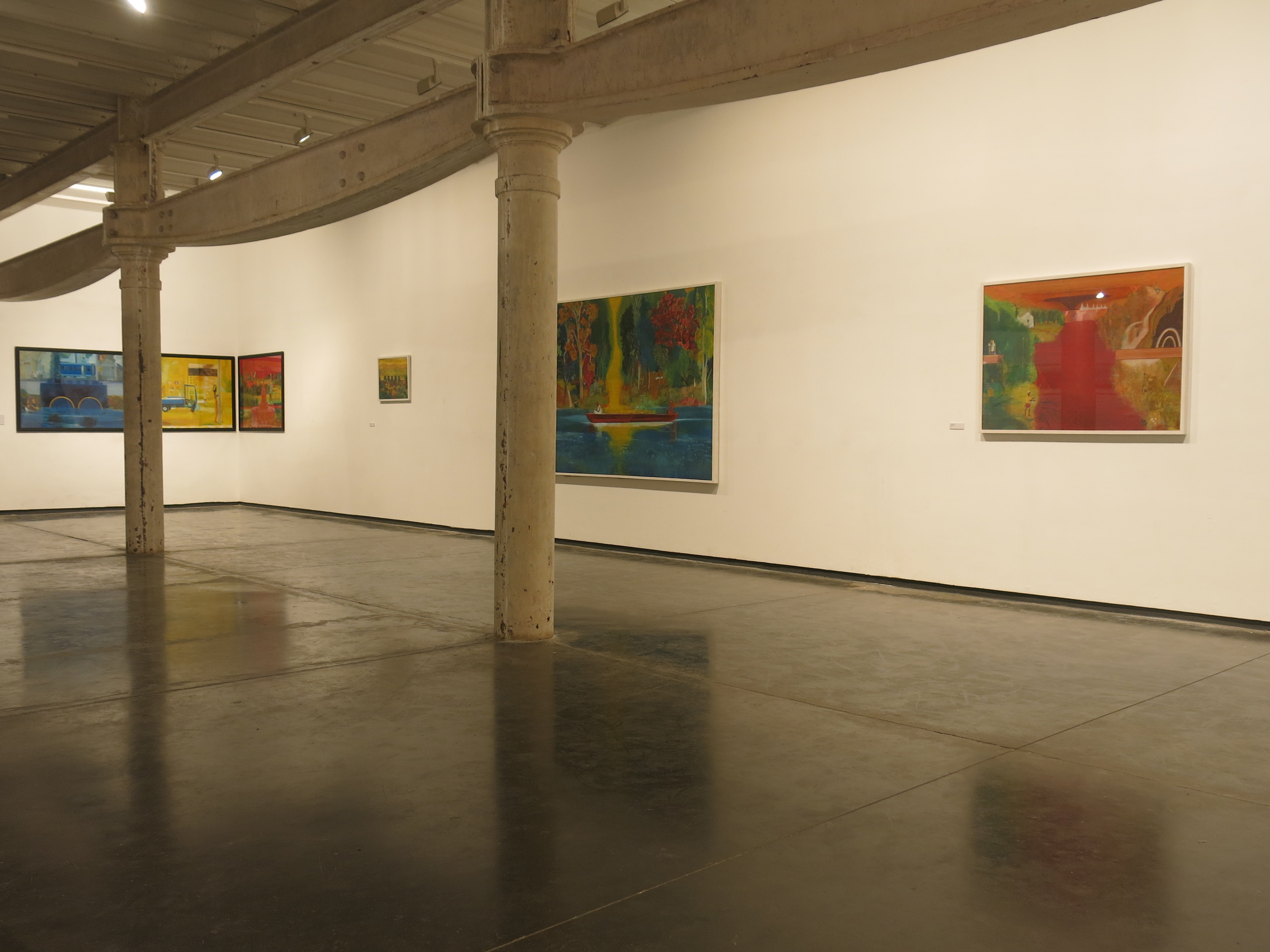 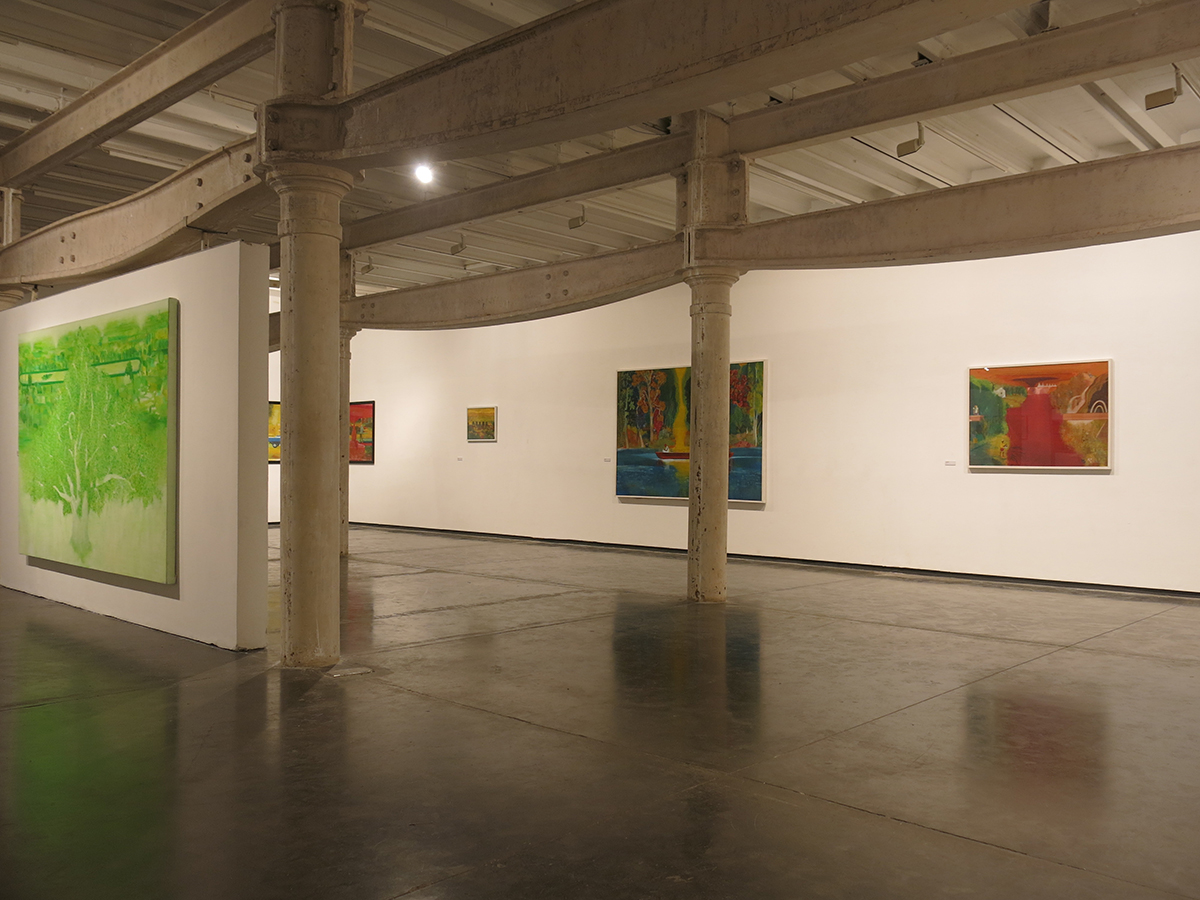 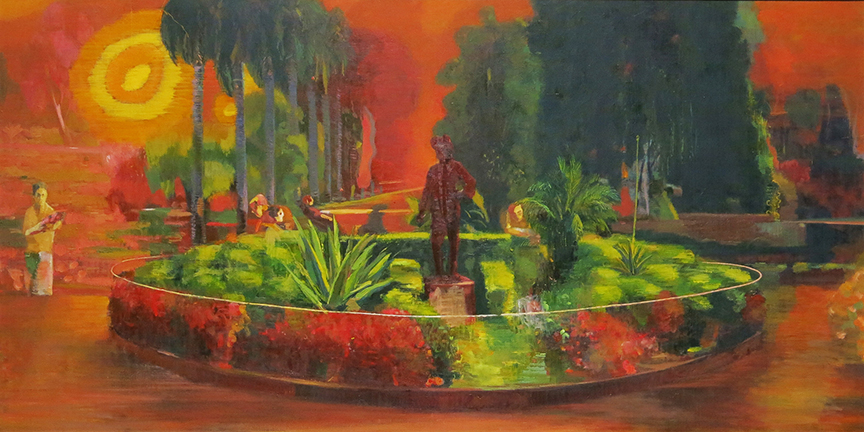 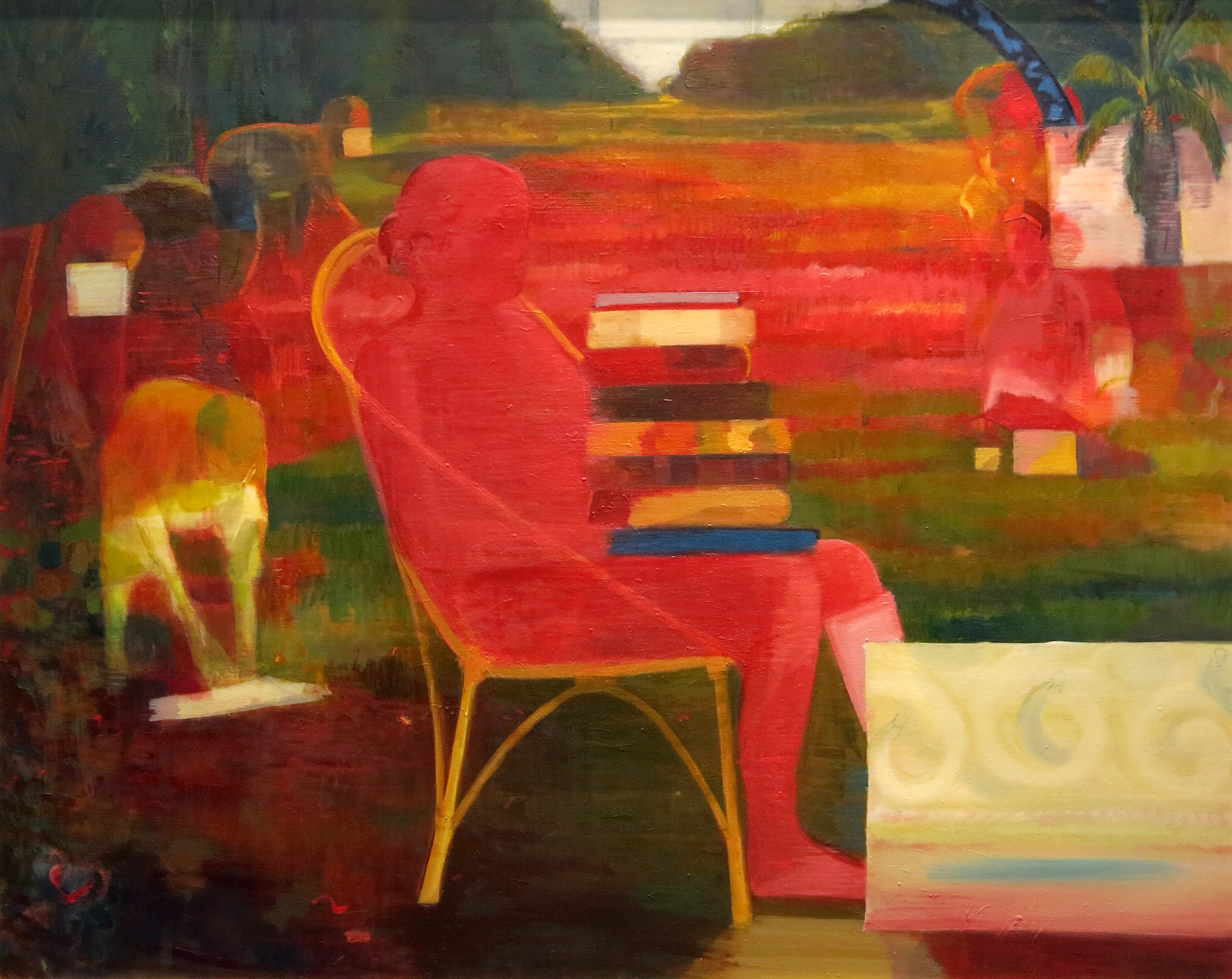