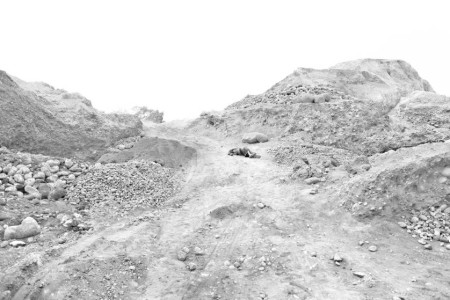 Twelve photographers have been selected as the finalists of the Prix Pictet photography award’s seventh edition.
The works of Mandy Barker, Saskia Groneberg, Beate Guetschow, Rinko Kawauchi, Benny Lam, Richard Mosse, Wasif Munem, Sohei Nishino, Sergey Ponomarev, Thomas Ruff, Pavel Wolberg and Michael Wolf will be featured in an exhibition opening at the Victoria and Albert Museum (V&A) in London on May 4, 2017, when the winner will be announced by Prix Pictet honorary president and former United Nations Secretary General, Kofi Annan. As with previous years, the jury will choose the winner based on the work that best exemplifies this year’s Space theme.
“The works presented for this edition of the Prix Pictet were of an exceptionally high standard,” said Sir David King, Chair of the Prix Pictet Space jury, in a statement. “The range of creative response by the some 700 photographers nominated for the award was truly remarkable. Reviewing work of such quality and diversity was no easy task, but no less fascinating for that.”
The winner of the Prix Pictet award will receive a $100,000 cash prize.
12 PHOTOGRAPHERS SELECTED AS FINALISTS FOR PRIX PICTET – Bianca Silva
Share