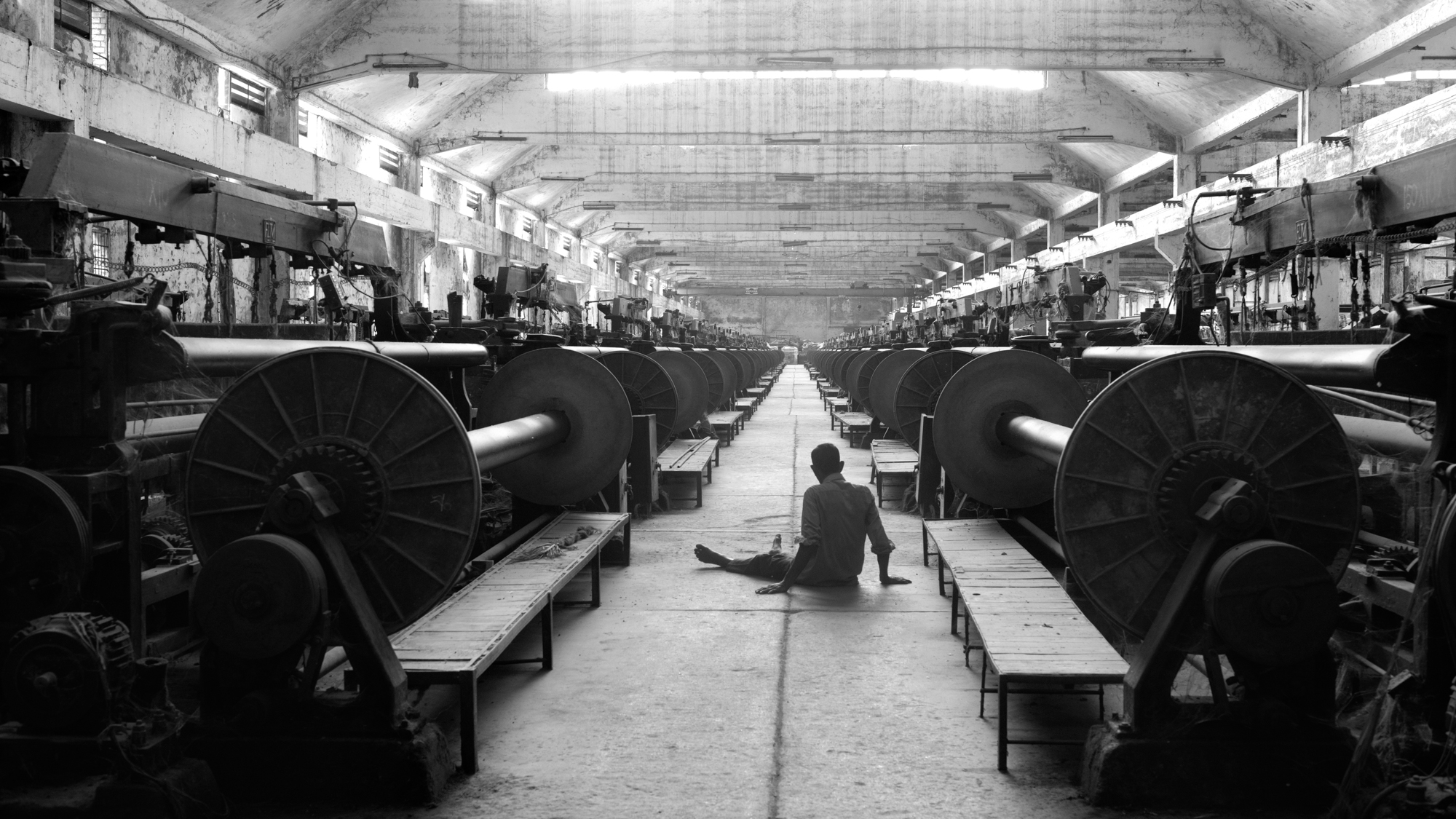 Primarily photography, video and sound, Munem Wasif’s works emerge from long-term engagement with places and their histories, particularly within the context of his home country of Bangladesh. Over time, his seemingly straightforward documentary approach gives way to a deeper understanding of sites, economies and cultures that exists just below the surface.
In Machine Matter (2017), Wasif examines the death of the jute industry in Bangladesh and the destruction of the livelihoods the ‘golden fibre’ once supported. Until the mid-twentieth century, the jute industry was strong in the Indian subcontinent as jute twine was employed to package the world’s cotton, grains, coffee, sugar and cement. However, with the shift of power from East Bengal to Pakistan after the partition in 1947, the jute industry began to generate most of the income for the new state, diverting profits away from small stakeholders in East Bengal and leaving factories without work. In addition, jute production was reduced overall by the widespread use of artificial materials and the rise of shipping containers and cargo ships.
Sharjah Biennial 14: Leaving the Echo Chamber-Making New Time
Share