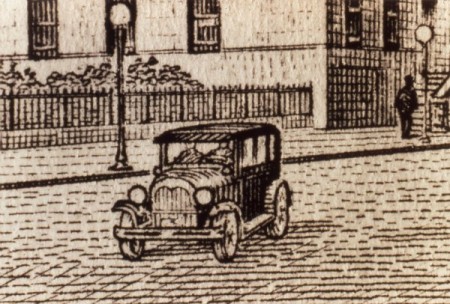 Corruption accesses the state body as both a natural and mystical corpus, eventually producing a third phantom body—corrosive and self-extending—emitting from an inside as techniques of social performance, bureaucratic desire, and conversion in the very terms of ethical life. A glistening mirror of false potential in a climate of communal ventriloquism. We are strategically held by this spirit without an image, which thrives in parasitic acts of emergence via disappearance.

Its flesh seizes the veins of the post-revolutionary state, pumping, circulating and blocking in a synchronized manner while unleashing shape-shifting forms as its residue: the “back office” and black market, daytime money laundering and nightly abductions. It is found in the materiality of phone tapping, fake paintings, and defective pixels; dispersed in the creepy smile of a business magnate, snoozing bureaucrats, and the politician’s insincere tongue. This ultimate stench of capital passes from body to body, as though an uncontainable viral flu.

The status of corruption may be said to lie at the division of visible and invisible labor, and at this tipping point it “acts out” and loops back into the body politic as a sentient character. The daily-wage worker and the cognitariat are equally implicated in this realm and made subservient to an uncanny sweep of this veiled hand.

This exhibition has developed through a series of interdisciplinary writing commissions as part of e-flux journal’s SUPERCOMMUNITY issue no. 65 for the 56th Venice Biennale, and ongoing dialogues with artistic practitioners bringing together readings of corruption as a planetary subject—it thereby acts simultaneously as a multidimensional character and as a complex dramaturgical plot. Contributions from Pio Abad, CAMP, Gabriel Acevedo Velarde, and Naeem Mohaiemen minutely expose the state apparatus as a network of covert operations and power relations. Through acts of performativity that are both cyclical and exceptional, works by Lawrence Abu Hamdan, Rana Hamadeh, Hassan Khan, and Denise Ferreirada Silva consider questions of duplicity and truth-telling, the production of justice as communal ritual, and active refusals unto the task of representation. A gamut of depraved actions is unleashed in the dark humor and conspiratorial whispers of Sarnath Banerjee, Yin-Ju Chen & James T. Hong, Jan Verwoert, and Aaron Schuster; their scenography takes us from street bribes to FIFA’s crime scandal, through an unexpected brush with the Mafia and into a short animation detailing the history and failures of communism in West Bengal. Official languages of history-telling and their emblematic produce are subverted in favor of residual and annotated taxonomies in the practices of Moyra Davey, Francis Newton Souza, Peggy Ahwesh, Elizabeth A. Povinelli, and Franco “Bifo” Berardi. Meanwhile Julieta Aranda, Susanne M. Winterling, Hu Fang, Wietske Maas, and Charles Stankeivech engage the organic life of corruption through plant species, the interior of bodies and as bodily excess, via the chemical and the alchemical. The SUPERCOMMUNITY contributions are housed in a display architecture designed by Nikolaus Hirsch and Michel Müller.

Corruption may be the still valid universalism in our midst, resonant since antiquity and continuing to find its strength as the invisible institution of neoliberal knowledge society, tasked with the administration of our collective depression. Let us not forget our agency as tricksters in the making-of-a-world. Might it be possible to harvest the productive capacity of corruption’s gestural performance—its speed, expanse, parallel economies, and anti-systemic drive?