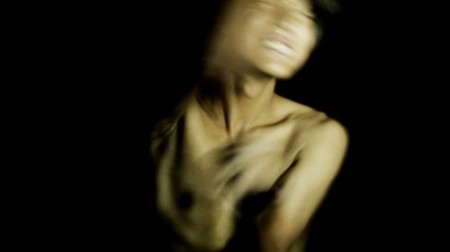 Working with film, video, photography and multimedia installation, Desire Machine Collective (Sonal Jain and Mriganka Madhukaillya) explore the relations between power, nature and society. Their recent work focuses on the disruption or interruption of ‘organic flows’ of goods, ideas and people across interconnected local and global economies, cultures, and environments. This interest is informed by the artists’ position of in-betweenness, both geographically (as they live and work in Guwahati in eastern India) and from a formal and aesthetic perspective.

During their residency at Gasworks, they will develop two new projects, ‘As1924,1210.8’ and ‘Two Rivers’. ‘As1924,1210.8’, which refers to an access number in the British Museum archives, will focus on the life of the self-taught English anthropologist, ethnologist and tribal activist Verrier Elwin. Elwin began his career as a Christian missionary in India in the 1920s, but abandoned the clergy to work with Gandhi and the Indian National Congress, eventually converting to Hinduism in 1935. The second work, ‘Two Rivers’, will look at the shared history of two rivers – the Brahmaputra in Guwahati, Assam and the Thames in London – focusing on how the legacy of colonialism continues to affect their social and economic use.

Desire Machine Collective’s residency is supported by The Charles Wallace India Trust and Inlaks Shivdasani Foundation, in partnership with the British Museum, and they will be hosted in the Roberts Residency Studio.