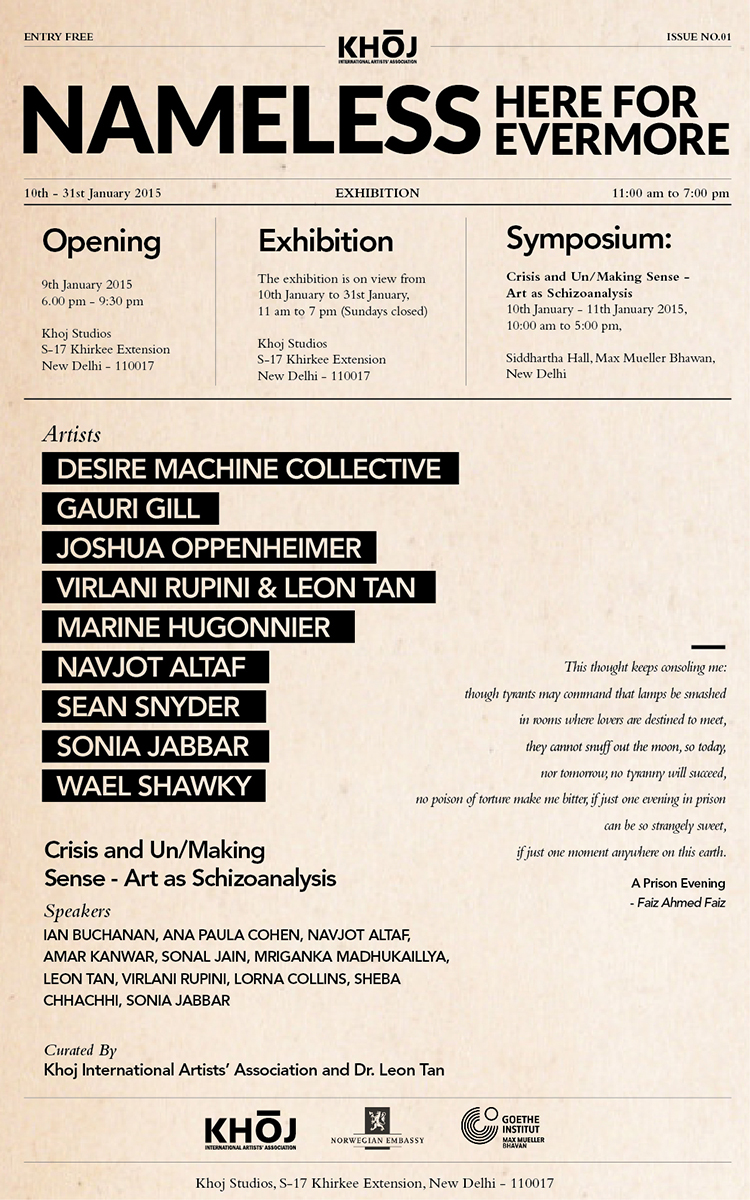 Nameless here for evermore brings together artistic practices that ask us to reflect on our implication in collective suffering, whether in the violence of Kashmir over the last decade, the Punjab and Delhi riots of 1984, the occupation of Afghanistan, the ‘greenhunt’ in the forests of Bastar, the competition and alienation of capitalist Taipei, or the anti-communist purge of1960s Indonesia. Our inability to adequately address and transform the wounds of collective trauma has often resulted in silence or stigma, and the erection of all kinds of psychic and social barriers. Many such traumas have proven resistant to treatment in the traditional psychoanalytic clinic, while the social core of these traumas has been left more or less untouched by the various psy-professions.
At the same time, the assembled works also suggest that artistic practice, free from the ‘logic’ of the psychoanalytic clinic, has the potential to resonate with, diagnose and change experiences of trauma, often with an unexpectedly new ‘language.’ Art can resist, it can remediate, it can heal. Each work exemplifies how artists, as Deleuze (1997) argued, can frequently go further than clinicians, because ‘the work of art gives them new means.’