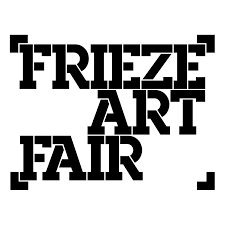 “The 2018 Frieze Film programme is curated by Diana Campbell Betancourt (Samdani Art Foundation & Dhaka Art Summit) and will explore natural, technological and psychological means of mass communication and control.
London-based collective the Otolith Group’s Message of the Forest can be heard as an ode to the Sal Forests of West Bengal, or a song for the weathering of parent rocks, or an incantation inspired by Rabindranath Tagore’s vision of a world campus that would become Visva-Bharati in Santineketan in West Bengal in 1921.
Curator Diana Campbell Betancourt said, ‘Lucy Raven, Paul Pfeiffer, and the Otolith Group are artists who work to decipher systems that control and influence the dissemination of information. The opportunity to commission them to make new work along these lines, to be broadcast via mass media on Channel 4, is an exciting way to introduce their creative forms of questioning the world to new audiences.’
Each film will premiere in the Frieze London auditorium during the fair (5–7 October 2018) and later show as part of Random Acts, Channel 4’s short- form strand dedicated to the arts….”
FRIEZE FILM 2018 NEW COMMISSIONS BY THE OTOLITH GROUP, PAUL PFEIFFER AND LUCY RAVEN – FRIEZE