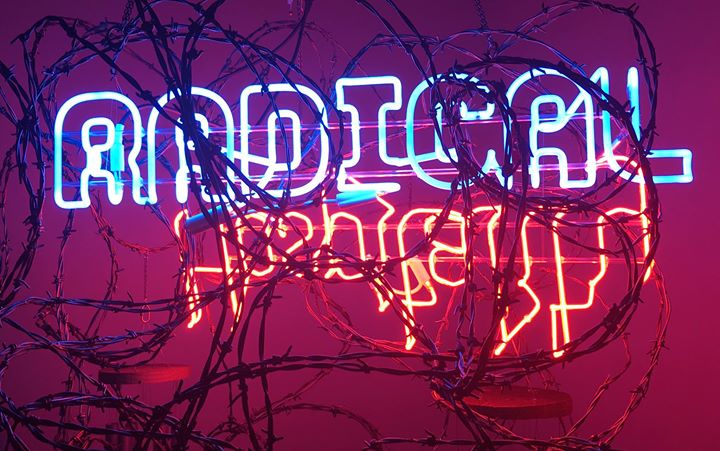 A common dynamic amongst individuals in large cities is the possibility of anonymity, the
luxury and burden engaging with the city’s other inhabitants. If we accept the city to be a
site in constant flux, then the construction and destruction of its built environment signals a prevailing circumstance in which the city is subject to a cyclical process of decay and
renewal. Elements of this condition are characterized by the stabilizing ambitions of
modernization, and the brutal acceleration of global capitalism, which reveal a complex
tension between permanence and contingency. Every city contains variants of this tension,
while also remaining bound to a particular history, culture, geography, economy, and
memory that inform their own urban core.

Frozen World of the Familiar Stranger reflects upon the uncanny sensation of the ultramodern global megalopolis, and the increasing sense of alienation we encounter in our flattening world. The exhibition builds upon social psychologist Stanley Milgram’s 1970s theory of “The Familiar Stranger” to consider urban apocalyptic symptoms; physical, environmental, behavioral, psychological, and especially social. Milgram’s Familiar Strangers are those who aren’t completely unknown to us, yet aren’t known enough to be considered acquaintances. They occupy a liminal space of recognition, surrounding us constantly, constructing our perception of social culture in the cities we call home. Through works exploring isolation, confinement, collapse, transience, anxieties, and fantasies of inhabiting collective urban space, Frozen World of the Familiar Stranger offers an almost satirical point of view on the human condition and what it means to be alive– in the present, and in the constructed future. Its artists express a range of anxieties and discomforts that accompany the sensation of being present in the constantly collapsing and regenerating physical and social spaces of our urban environments.

This exhibition is the result of a curatorial collaboration between KADIST (San Francisco),
and KHOJ International Artist’s Association (New Delhi). It is co-curated by Sitara
Chowfla (KHOJ) and Heidi Rabben (KADIST).