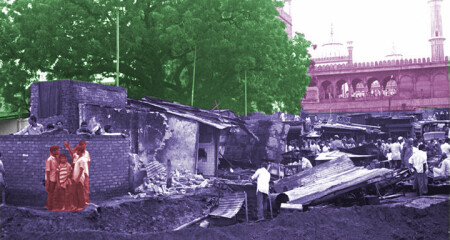 A magical tiger stalks like a phantom. Because no one ever catches more than a glimpse, it is spoken of with the highest esteem. This allegorical fiction starts Pallavi Paul’s attempt to describe systematic police violence in Dehli on the basis of individual events suppressed from official history. She does so in an associative edit of texts, images and sounds, making effective use of the scattered fragments of documentation still extant, including hurriedly safeguarded video and audio recordings of eyewitness accounts as well as those of the police and security forces.

Using fiction is how Paul resolves the scarcity of objective sources, whereby she continually retells her story based on multiple fragmentary recordings of ostensibly unconnected incidents, to ultimately arrive at a coherent study of the abuse of power.