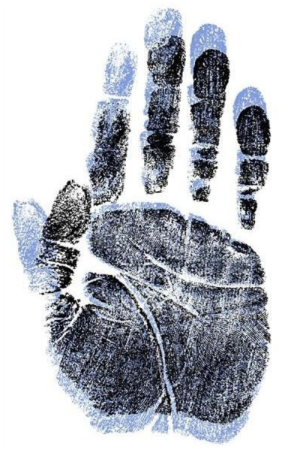 Raqs Media Collective: “Everything Else is Ordinary”

“The investigation of time, language, and history is central to the artistic activities of the Raqs Media Collective. Founded in 1992 by Jeebesh Bagchi (*1966), Monica Narula (*1969) and Shuddhabrata Sengupta (*1968), Raqs practices at the intersection of contemporary art, historical enquiry, philosophical speculation, and fictive play. The foundation of Raqs’ practice lay in documentary filmmaking. Subesquently, they ventured into the field of contemporary art, first as artists, then as institution builders, curators, authors, and educators. Their hybrid practice is acute in its political presence, and occupies a field of tension between diverse inheritances, and between analytical and visionary impulses. Processes founded by the group have become influential forces in contemporary intellectual and cultural life in Delhi, the city where the artists live and work, as well as globally.
The point of departure for this exhibition is Raqs’ continual fascination with time, a topic that has preoccupied the members of the group intensively ever since they began working together. In works such as Escapement (2009) and Re-Run (2013), they pose such questions as: what is time? What does it mean to measure time? And: how does time relate to space and history? Visitors will find themselves confronted with a range of time-related phenomena—from a heartbeat or pause for breath to the timing of historical episodes, all the way to eternity. Viewers are encouraged to interrogate conventional notions of the measure of time, its disciplinary function in everyday life, and question its foundational role in the capitalist organization of labor. Raqs makes language its material and medium of play. This may take the form of the wordplays or neologisms they integrate into the titles of their works or weave into texts. It features in illuminated installations such as Lost in Search of Time (2015) or Revoltage (2010) in the form of brightly illuminated letters arrayed in regular rhythmic patterns. This linguistic play allows them to elicit a variety of readings, to break with fixed terms and concepts, and to subvert linear narratives. Even the collective’s name is based on wordplay: “Raqs” can be traced back to a term in Islamic mysticism that refers to an ecstatic state attained by Sufi dervishes while whirling. It describes a highly concentrated and at the same time continuously active mode, which Raqs describe as “kinetic contemplation.” At the same time, Raqs can stand for “Rarely Asked Questions.” With their exhibition, Raqs open up a new space of possibilities, one that invites visitors to heighten their awareness of the fundamental ambivalence of this world while re-examining habitual methods, narratives, and patterns of thought…”
KUNSTSAMMLUNG NRW – RAQS MEDIA COLLECTIVE