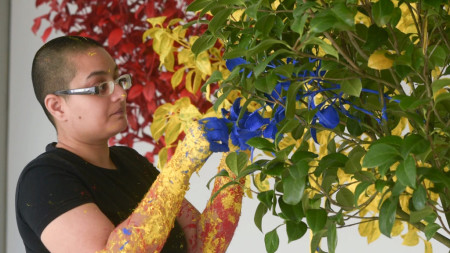 “UK is hosting one of the biggest outings of Indian contemporary art outside India this year. Six visual arts organisations in the North of England (Manchester, Leeds and Liverpool), and five in South Asia, including the Kochi Biennale, have announced a New North & South partnership that will extend over three years and include a programme of exhibitions, commissions, and events. Raqs Media Collective’s show will also have a Mancunian theme…”
MUMBAI TO MANCHESTER: INDIAN ART STARS TO SHOW IN UK – NEELAM RAAJ
Share