NEHA CHOKSI IN THE 2016 BIENNALE OF SYDNEY 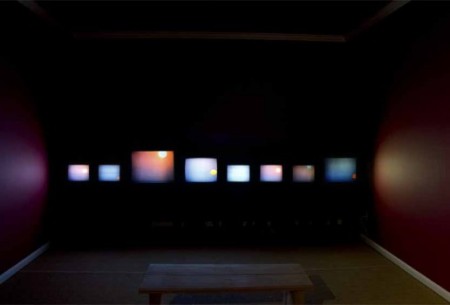 Neha Choksi, “The Weather Inside Me”, Installation view

Stephanie Rosenthal, Artistic Director of the 20th Biennale of Sydney, announced details of the first 71 artists exhibiting at seven venues across Sydney, along with various ‘in-between projects’ around the city for the Asia Pacific’s largest contemporary visual arts event, presented from 18 March until 5 June 2016.
The 20th Biennale of Sydney, inspired by a quote from leading science fiction author William Gibson, is titled The future is already here — it’s just not evenly distributed. This edition of the Biennale will be presented at seven main venues conceived as ‘embassies of thought’. It is this metaphor we are looking to develop when thinking about the themes for the Biennale. Understood more as temporary settings rather than fixed locales – transient homes for constellations of thought – the embassies are: Cockatoo Island (Embassy of the Real);Art Gallery of New South Wales (Embassy of Spirits); Carriageworks(Embassy of Disappearance); Artspace (Embassy of Non-Participation);Museum of Contemporary Art Australia (Embassy of Translation); and a bookshop (Embassy of Stanislaw Lem). For the first time, a former train station, Mortuary Station (Embassy of Transition) will also be a Biennale venue.
At Carriageworks, the Embassy of Disappearance brings together works by artists exploring themes of absence and memory, including disappearing languages, histories, currencies and landscapes. Artists presenting work at this Embassy include Lauren Brincat, Neha Choksi, Yannick Dauby and Wan-Shuen Tsai, Yuta Nakamura, Otobong Nkanga, Mike Parr, Bernardo Ortiz, and Apichatpong Weerasethakul.
Neha Choksi in the 2016 Biennale of Sydney
Share