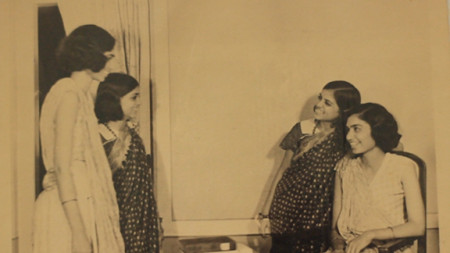 In her trilogy of films – Nayi Kheti (New Harvest) , 2013 Shabdkosh (A Dictionary), 2013, and Long Hair, Short Ideas, 2014 – Pallavi Paul reassesses the status of the documentary method: in order to speak fearlessly one also needs to hear fearlessly. Her work extricates the political from a language of nostalgia or mourning, to get to the heart of resistance by using historic material as a playful critical interface for the contemporary.
Central to the trilogy is the revolutionary poet Vidrohi (the rebel), who began writing from the 1970s as the Naxalite group of far-left radical communists started in West Bengal. The artist uses Vidrohi’s poetry as a kind of laboratory to test the tensile strength of resistance as a material of life. The final film in the trilogy is constructed around Vidrohi’s wife, her relationship to the radical movement of the 1970s in India and her intimate experiences around domesticity, sexuality and labour.
On Sun 28 February, 11am–12pm, Pallavi Paul discusses her work at Tyneside Cinema.
Pallavi Paul at 2016 AV Festival
Share