PANEL: THE ACTIVITY OF A LIFETIME – FRIEZE 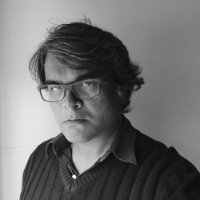 “With Tania Bruguera (artist, Havana), Anri Sala (artist, Berlin) and Jeanne van Heeswijk (artist, Amsterdam) Chaired by Shuddhabrata Sengupta (artist and co-founder, Raqs Media Collective, New Delhi)
How can an artist enact change? How long is the timeframe to view such efforts? And how do different environments affect them? A panel of artists — featuring Tania Bruguera, who has announced her candidacy for President of Cuba; Anri Sala, whose newest body of work results from interaction with refugees in Germany as well as exploration of political anthems; and Jeanne van Heeswijk, whose Philadelphia Assembled project takes over eight sites across the city in May — discuss with Shuddhabrata Sengupta, artist and Co-founder of Raqs Media Collective, curators of the 11th Shanghai Biennial ‘Why Not Ask Again’ (2016-7)…”
PANEL: THE ACTIVITY OF A LIFETIME – FRIEZE