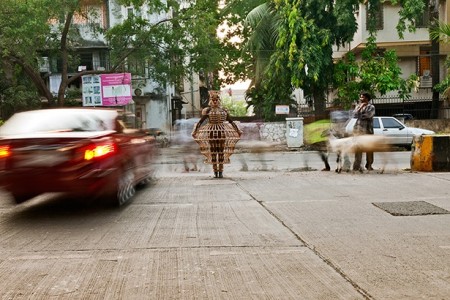 The Samdani Art Foundation is delighted to announce further details of Dhaka Art Summit 2016, which will take place from 5 to 8 February 2016. Dhaka Art Summit takes place at the Bangladesh Shilpakala Academy in partnership with the country’s national academy of fine and performing arts. The third edition of the bi-annual event will include major projects by internationally acclaimed artists including Lynda Benglis, Simryn Gill, Haroon Mirza, and Dayanita Singh; as well some of the most exciting emerging names from the region such as Ayesha Sultana, Waqas Khan, Maryam Jafri, Nge Lay, and Munem Wasif. For the first time, the event will also incorporate architecture, experimental writing and exhibitions of historical works from the 20th century as part of a new expanded programme. Once more, over 50 leading thinkers from South Asia and beyond will take part in a talks programme that will address art initiatives off the center in South Asia among other timely topics. While it is difficult for Indians to obtain visas to Pakistan (and vice versa), Bangladesh provides an ideal hub for regional thinkers to come together in person within the region.

Led by the foundation’s Artistic Director, Diana Campbell Betancourt, the curatorial team for the 2016 edition brings together representatives from international museums including Tate Modern, Centre Pompidou and the Kunsthalle Zurich with a range of South Asian partners. For Dhaka Art Summit 2016, this artistic team has devised a rich survey of artists, architects, filmmakers and writers from across South Asia. Around 200 artists will participate from countries including Afghanistan, Bangladesh, India, the Maldives, Myanmar, Nepal, Pakistan and Sri Lanka as well as those from the South Asian diaspora. The artists will be presented in tightly curated thematic exhibitions that break from the traditional country survey model. Building on Dhaka’s rich festival tradition, DAS 2016 will be a space that celebrates cosmopolitan histories and looks at very wide definitions of what a South Asia-focused art festival means. Artists and filmmakers from the 2016 programme such as Merchant Ivory, Lynda Benglis, Gaganendranath Tagore, John Giorno, Lida Abdul, Krishna Reddy, Rashid Choudhury, and Lionel Wendt exemplify the longstanding dialogue between South Asia and the rest of the world.

Selected guest-curated exhibitions (More exhibitions to be announced in October 2015) Nada Raza, assistant curator at Tate Modern, will present an exhibition exploring the influence of sci-fi and retro-futurism in South Asia including artists from across Pakistan, India, Bangladesh and Sri Lanka. Raza will draw on historical material including one of the first science fiction stories in the Bengali language, written by the scientist J.C. Bose in 1896, as well as a 1920s watercolour by Gaganendranath Tagore, which looks skyward to imagine a cosmological vortex in the heavens. These motifs of astral journeys and alien encounters will be traced through different generations of South Asian artists who experienced the wonder and hubris of the space age from a slightly different tilt on the universe.