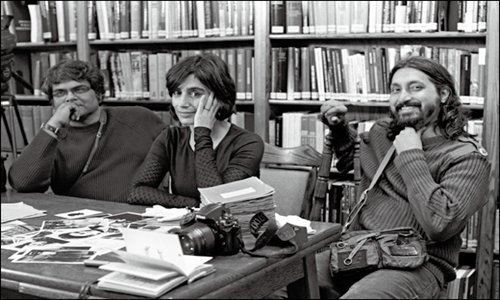 The Shanghai Biennale has revealed its full list of participating artists. The thematic show will be staged in Power Station of Art, traversing three floors and presenting works by ninety-two international artists and groups that all hail from forty countries. In addition to its main exhibition, the biennial will feature what the curators call “terminals” that function as “points of connection and amplification for the exhibition” and will extend beyond Power Station of Art to sites including Swatch Art Peace Hotel, Sky Ring at Shanghai Joy City, Good Choice Bakery, Dinghaiqiao—and the internet.
The eleventh edition of the biennial opens November 11. It is curated by Delhi-based artist group Raqs Media Collective. The exhibition’s theme was announced earlier this year. Writer Lee Ambrozy offers a preview of the biennial in the current issue of Artforum.
SHANGHAI BIENNALE REVEALS FULL LIST OF PARTICIPATING ARTISTS – Artforum