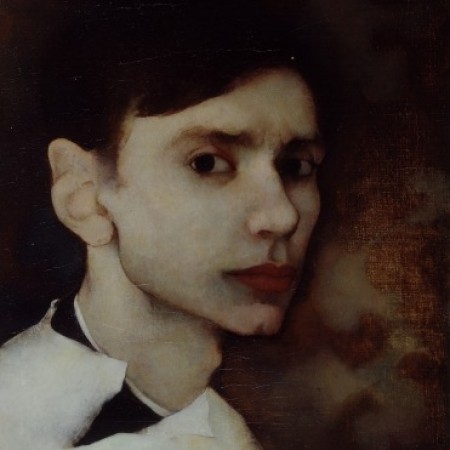 Artists’ self-portraits to explore themselves and give the viewer a glimpse into their inner self. A more direct form of art does not exist: not closer, to himself is an artist and as an art viewer there is no greater intimacy to the creator of the portrait possible. That might explain the popularity of the self-portrait. We do not get bored. Arnhem museum explores the exhibition Spiegeloog the self-portrait, a genre that has for centuries been part of the visual arts. Based on its own collection with neorealists and contemporary art and supplemented by loans, Spiegeloog shows what developments the Dutch self-portrait has gone through since the beginning of the 20th century. The self-portrait The motifs to create a self-portrait vary; sometimes on commission, sometimes as study material, as cause for self-study or as a means to experiment with different styles. The self-portrait is a snapshot which the artist shows the viewer how he / she sees herself, and above all, how he or she wants to be seen. The genre not only evolved significantly over time, also artists of the same generation approach the genre in an entirely different way. The exhibition with over one hundred paintings, drawings, photography and video works and installations outlined a rich picture in Spiegeloog of these developments . The exhibition and publication are important developments in the 20th century on issues such as the recognition of the subconscious and the disappearance of the recognizable representation. In the second half of the 20th century the self-portrait in the conceptuele- and feminist art, body-art ‘used to raise political, social and other societal issues. The genre is increasingly linked to issues of gender and ethnic identity. Besides showing the appearance or as a mirror of the soul of the late artist’s self-portrait also shows the zeitgeist. Firstly, it is an epitome of individuality, at the same time it is also a universal means of demonstrating the Self. Spiegeloog searches this underlying tension between the portraits. Thus, it becomes almost transparent self-portrait of Jan Mankes (1889-1920) set out in 1912 next to a nude self-portrait of photographer Katharina Behrend (1888-1973) in 1908. An almost heroic self-portrait by Carel Willink (1900-1983) is compared with the self-portrait “I” (1932) by Gerrit van ‘t Net (1910-1971), which are “I” let divide. selfie In Spiegeloog is also paid to the effect of (amateur)’ selfie ‘and the associated’ status anxiety ‘. Does the current “selfie’ image stream affects the way in which artists deal with the self-portrait? Similar to the invention of the mirror, the invention of the still camera has a great influence on the self-representation of the artist. The advent of lightweight cameras opened the way for spontaneous, not posed portraits for both inside and outside the studio. Because of the accessibility of the camera and the digital possibilities seems to be the boundary between the intimacy of a self-portrait in private atmosphere and the freely accessible public disclosure lifted.