"The Chimurenga Library": Co-Curated by The Otolith Group at The Showroom, London

The Otolith Collective and The Showroom present
The Chimurenga Library
The Showroom, London
8 October– 21 November 2015 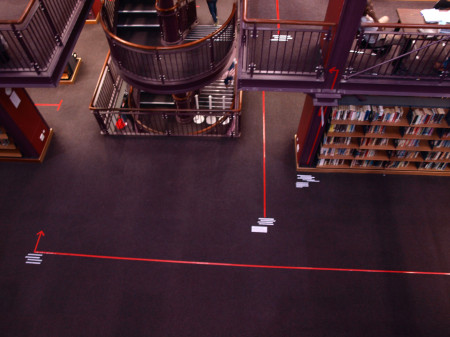 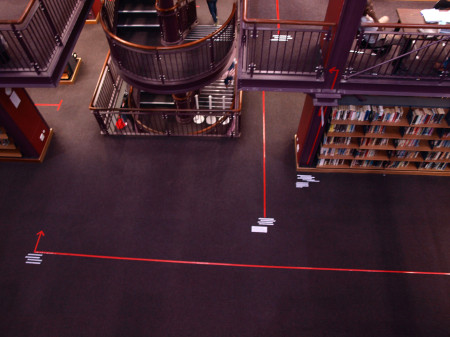 The Showroom and The Otolith Collective present the Cape Town-based collective Chimurenga. For this, their first UK presentation, Chimurenga will infiltrate The Showroom’s building in the form of The Chimurenga Library, which will insert itself into the existing frameworks, functions and structures of the space without displacing its everyday activities.
Founded by Ntone Edjabe in 2002, Chimurenga (a Shona word that loosely translates as ‘struggle for freedom’) is at the centre of vibrant new cultural projection across Africa, which includes championing new music, literature and visual arts. Drawing together myriad voices from across Africa and the diaspora, Chimurenga takes many forms operating as an innovative platform for free ideas and political reflection about Africa by Africans. Outputs include a journal of culture, art and politics of the same name, a quarterly broadsheet called The Chronic, The Chimurenga Library – an online resource of collected independent pan-African periodicals and personal books, and the Pan African Space Station (PASS) – an online music radio station.
For the first week of the project The Chimurenga Library will play host to PASS with a live broadcasting programme of music, interviews and events with Chimurenga collaborators in London including musicians, journalists, writers, curators and filmmakers such as Shabaka Hutchings, Christine Eyene, Hansi Momodu-Gordon and Amanprit Sandhu, and Audrey Brown. The live broadcast studio will function amidst a major cartographic installation, mapping a series of ‘routes’ running throughout the building between the two floors. These taped routes will link ideas with people, writing, research, music, publications, record cover design and other objects and materials. Other events will take place off-site in different venues, extending these ‘routes’ still further. After the live broadcast studio closes, the sounds and images generated in this process will live on as part of the library installation until the show closes.
Areas of interest will include the work of designer George Hallett – who used the book jacket and record sleeve as a curated exhibition space during the apartheid era; a critical look at the concept of and crude distinction drawn between Sub-Saharan and Arab Africa; and FESTAC ’77 The Second World Black Festival of Arts and Culture held in Lagos.
Working with other UK collaborators including the British Library, who are providing access to their archive of recorded interviews from the African Writers Club (1962–68); the London-based collective Sorryyoufeeluncomfortable; and UK participants of FESTAC ’77: ideas, thinking and debate will move fluidly between events, environments, broadcasts, music and sound recordings, publications, archive material and objects.
Bringing together existing work, research material and areas of interest whilst at the same time expanding focal points, the project represents a moment of activation, interaction and expansion within an entirely different geographical and organisational context.
Chimurenga, founded in 2002 and based in Cape Town, is a project-based mutable object: a print magazine, a publisher, a broadcaster, a workspace, a platform for editorial and curatorial activities and an online resource.
The project is co-curated by The Otolith Collective and The Showroom, and is generously supported by SA-UK Seasons, Wendy Fisher and Caro MacDonald, with additional support from Kathy Robins. With thanks to Robert Devereux.
The Chimurenga Library- The Otolith Group and Showroom