"The Missing One" : Rohini Devasher, Neha Choksi and Tejal Shah at the Dhaka Art Summit 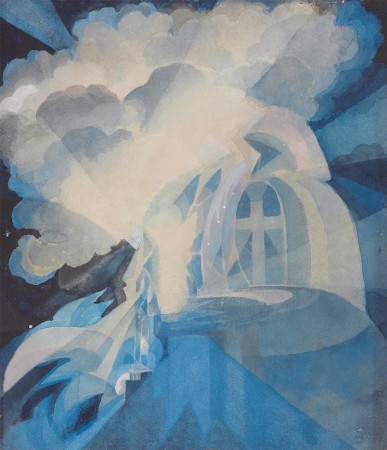 The Missing One was published in 1896 by J.C. Bose, and is thought to be one of the first science fiction stories in the Bengali language. A research scientist, he pioneered wireless communication and a crater on the moon bears his name.
Taking the tropes and technologies of science fiction as a thematic beginning, this intergalactic, intergenerational exhibition will assemble artworks from across Pakistan, India, Bangladesh and Sri Lanka. Its perspectives will be guided by a 1920s watercolour by Gaganendranath Tagore, a painting which looks skyward to imagine a cosmological vortex in the heavens. In the 20th century speculative fiction and cinema allowed expression for the wonder and anxieties of the encounter with an ever-accelerating modernity. Future worlds became possible even as hostile aliens, dystopian planets and galactic conflict echoed the real schisms of earthbound life. Exotic references added esoteric appeal – for Arthur C Clarke, the ancient palace complex of Sigiriya in Sri Lanka became a portal and Rama lent his name to a spaceship. The extra-terrestrial or non-human, even in popular film and TV, became a composite of non-western traits.
Reterritorialising these memes, the exhibition speculates if a South Asian view can be articulated, assembling and repositioning works that speak to the themes and aesthetics of the genre. It hopes to connect with counter narratives such as Afro-futurism, opportunities for the reappraisal of the global encounter with the modern and the very concept of alienation. Astral journeys, cosmological quests, astronomical explorations, alien encounters, nihilistic visions, retro-futurist experiments and a need to reimagine the future will here be addressed by artists who have experienced the wonder, the hubris and excesses of the space age from a slightly different tilt on the universe.
THE MISSING ONE – Dhaka Art Summit 2016
Share