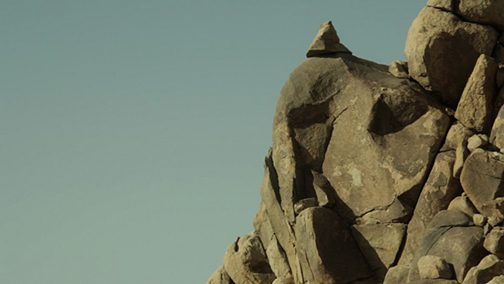 In their essay film MEDIUM EARTH, The Otolith Group explores the earthquake endangered geology of California as well as the spatialized unconscious of capitalist modernism in the form of parking lots.Through pictures that appeal to the senses and the voice of a “medium” whose body is sensitive to seismic occurrences, the film listens to California’s deserts, translates what the stones write, and decodes the calligraphy of the earth’s crevices.