The Otolith Group at The Anthropocene Project, Tate Modern 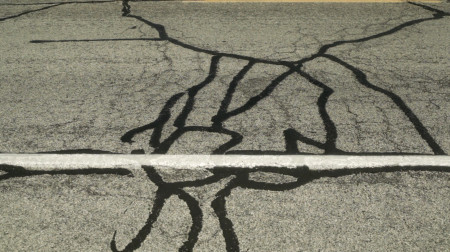 Medium Earth (film still) 2013 by The Otolith Group. Courtesy and copyright the artists

Humanity is in the midst of a global crisis. Economic and technological developments of the last hundred years have made human beings into the strongest driving force of geological and ecological processes – with massive consequences not only for nature, but also for humankind itself. Beyond merely describing this phenomenon, the new conceptual framework offered by the Anthropocene thesis opens up an integrated perspective from which to grapple with this changed reality.
Taking the pioneering Anthropocene Project 2013–14 at HKW in Berlin as a starting point, historian Dipesh Chakrabarty, geologist Jan Zalaseiwicz, the artist collective The Otolith Group, the research organization Territorial Agency (John Palmesino and Ann-Sofi Rönnskog), photographer Armin Linke, curator Anselm Franke, philosopher and HKW Director Bernd Scherer will present a range of artistic and theoretical approaches and concepts.
The Otolith Group, The Earthquake Sensitive as Planetary Subject
How to explore the millennial time of geology in relation to the infrastructural unconscious of contemporary urbanism? In The Otolith Group’s Medium Earth, tectonic forces express themselves in boulder outcrops and the fractures of cast concrete. What forms of life emerge in the animation of physical geographies undergoing continental pressures?
The Anthropocene Project, Tate Modern