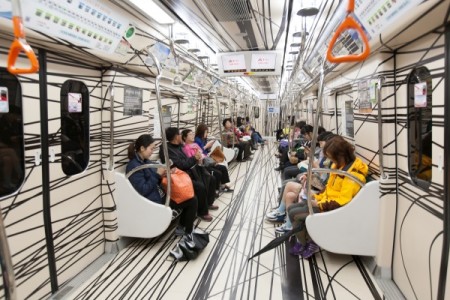 Transform the floor of Tate Exchange into a thicket; a forest of lines and connections that grow over time
A thicket is a concentration of living matter. In forests, gardens, and fields, thickets rise where different plant species find it possible to thrive together in a wild celebration of life itself. Conversations too can have thickets; points of intersection of lines of force. Raqs Media Collective’s presence at Tate Exchange takes the form of a thicket of lines, a gathering of voices, and an accumulation of readings that will occupy space, time and attention through an interactive, participatory installation. Thicket will be realized through three actions, titled “Anybody, Everybody, Make a Mark”, “The Unbroken Reading” and “Memorophilia”.
Thicket with Raqs Media Collective
Share