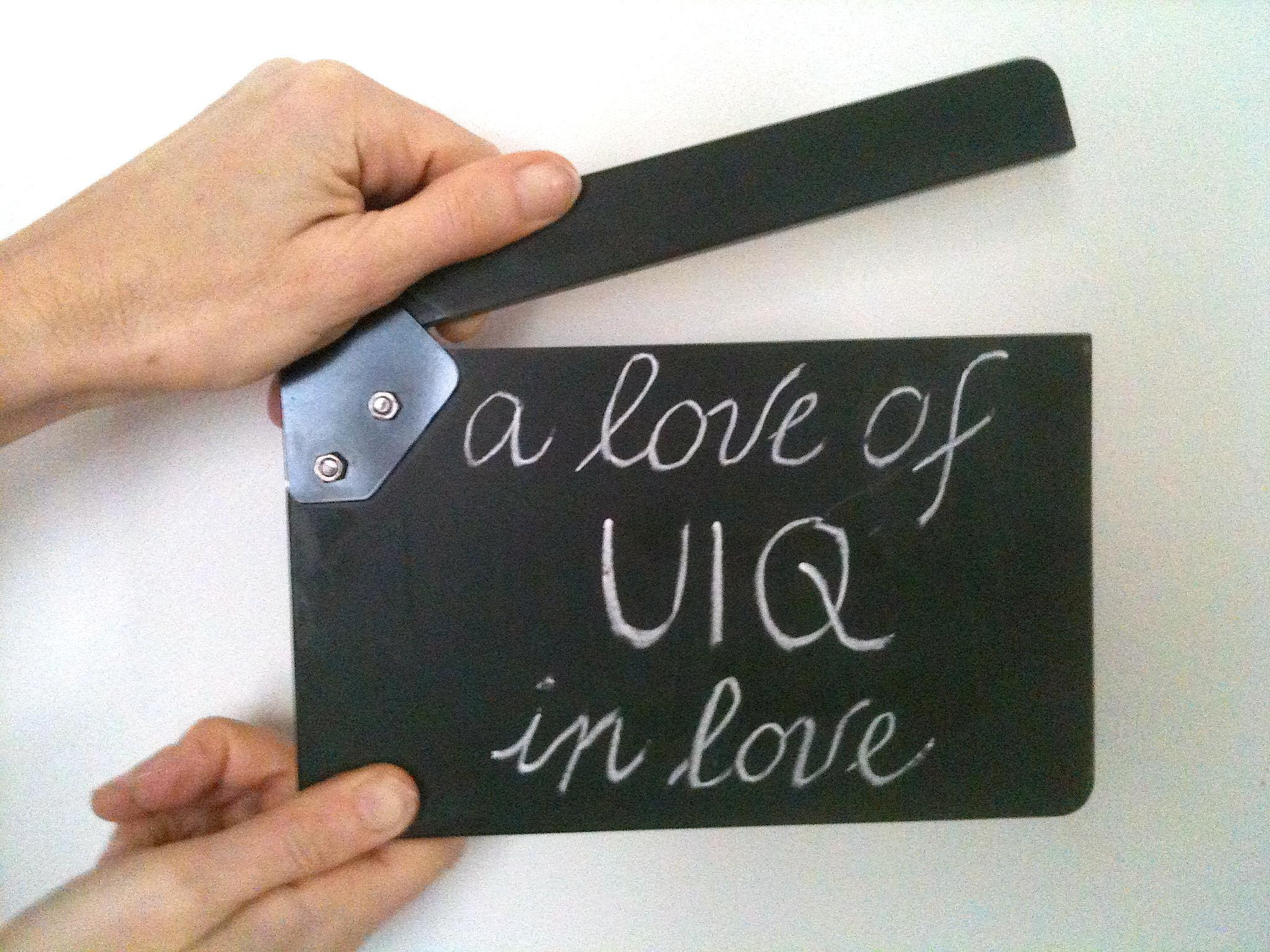 An opportunity to join filmmakers and artists Graeme Thomson and Silvia Maglioni for a two-day workshop or ‘seeance’ to make Félix Guattari’s unmade sci-fi film Un Amour d’UIQ exist as a collective experience, and to expand the territories of the film’s ‘body’ and its narrative trajectories.

Places are free but limited and participants should sign up for both days.
For further information please read the seeance programme.

Guattari’s script describes what happens when an invisible alien force from a parallel dimension – the Infra-quark Universe – makes contact with a group of humans and begins to desire a form (a face, a body, a language) commensurate with the world of its hosts.

As the filmmakers write, “In this seeance we want to consider Guattari’s screenplay as an unstable, potential entity whose coming into being has to be negotiated through an ongoing process of translation and transduction. One of our aims is to ‘produce’ this becoming-film collectively, but without filming a single shot. Instead, the film will manifest itself through a process of contamination/contagion, by ‘translating’ the script’s DNA into mental images that we can describe to each other and by investigating the Infra-quark Universe, its bodily limits, paradoxes and potentials through a molecular exploration of sound, language and body states. This process will also involve transposing the film’s temporality to the conditions of the present day and reimagining its context in relation to the experiences of the envisionaries and their fabulated histories or futures.”

The no.w.here seeance will be sound-recorded and fragments of it (along with those of other seeances taking place elsewhere) will be recomposed into a polyphonic soundwork for the exhibition it took forever getting ready to exist at The Showroom, London, co-curated with The Otolith Collective, 5 February–14 March 2015.

This workshop has been commissioned by The Otolith Collective and The Showroom, and produced in partnership with no.w.here.

Graeme Thomson and Silvia Maglioni
Graeme Thomson and Silvia Maglioni are filmmakers and artists whose work interrogates potential forms and fictions emerging from the ruins of the moving image, and whose practice includes the creation of feature films, exhibitions, sound and video installations, performances, event-works, tube-tracts, radio shows and books. Since 2005, the artists’ production (and, on occasion, resistance to production) has emanated from Terminal Beach, a constructivist zone for critical reflection, exploring possible new configurations of image, sound, text and politics using cinema in expanded form to reactivate lost or forgotten archives and histories and to create new modes of collective engagement with contemporary thought, occasionally in alliance with other collectives. Their work has been presented widely in international film festivals, museums and art spaces.