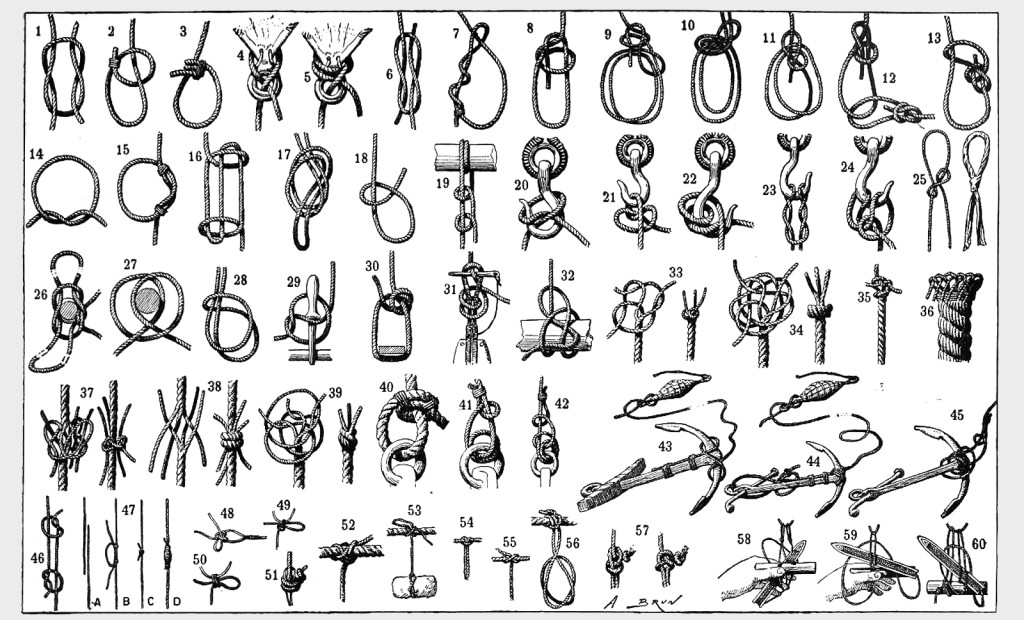 An assortment of nautical knots are featured in this engraving from the French encyclopedia Le Larousse pour tous: nouveau dictionnaire encyclopédique (1907).

It is said that one should always begin with the simplest questions.

Why did Marx observe that corporations (i.e., stock companies) were the negative negation of capital?

Everything that follows is an attempt to address this question.

The capitalist stock companies, as much as the co-operative
factories, should be considered as transitional forms from
the capitalist mode of production to the associated one,
with the only distinction that the antagonism is resolved
negatively in the one and positively in the other.

Towards the end of his life, while working on the third volume of Capital, Marx made extensive notes on the stock companies that were just beginning to emerge in his time. Theoretically, however, he placed it as a “counteracting influence” when he was working out the law of the tendency of the rate of profit to fall. This then would imply that the entirety of the twentieth century (and after) stands outside of the tendency that was to lead to the demise of capital!