ArtForum: When I Count, There Are Only You…

When I Count, There Are Only You… 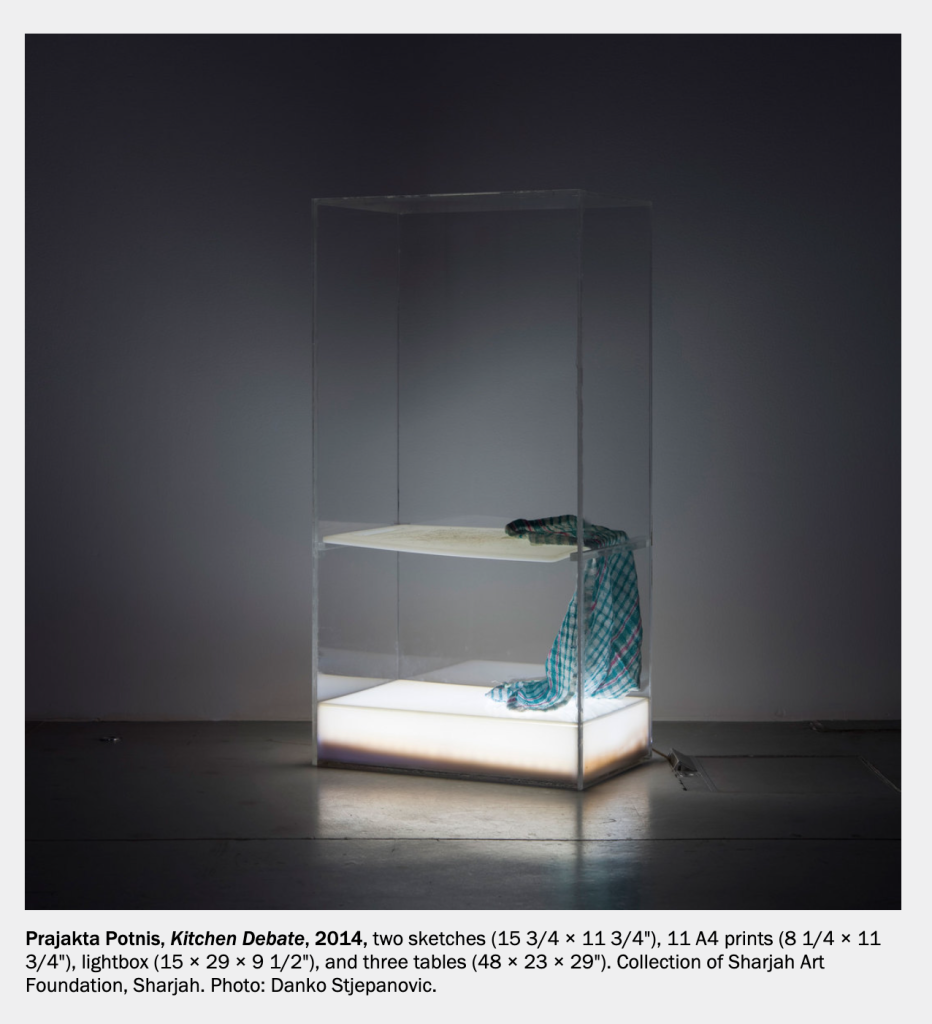 “When I Count There Are Only You…” takes its title from a work by Farideh Lashai that was itself inspired by Goya’s Disasters of War. This exhibition offers an insight into the radical ideas, visions and perspectives on humanity that inform the work of eight artists represented in the Sharjah Art Foundation Collection.

“El Amal” (2011–2012) is a series by artist Farideh Lashai that offers a commentary on the Arab spring and is on view alongside works such as But When I Look, There is Only a Shadow and When I Count There are Only You… (2012–2013). Commissioned by Sharjah Art Foundation, Kitchen Debate (2014) by artist Prajakta Potnis brings together staged scenes of political diplomacy and the kitchen of the future. Also on view is Rasheed Araeen’s I Love it, It Loves I (1979–1983) that studies the complex relation between geography, history, identity, performance and aesthetics. Nari Ward’s We the People (Arabic version) (2018) uses multi-coloured shoelaces to spell out an Arabic translation of ‘we the people’, a phrase from the Preamble to the Constitution of the United States. Also on view are Mandy El Sayegh’s Boundary Work (2017), commissioned for Sharjah Biennial 13; Farhad Moshini’s Golden Love Super Deluxe (2003) exhibited in Sharjah Biennial 6; Iman Issa’s project Material (2010–2011) exhibited in Sharjah Biennials 9, 12 and 13; Rabih Mroué, included in Sharjah Biennial 9 and 13, is represented by Notebook 2010 #7 (2018).