Published on 11 December, 2014 in The Indian Express

Ninety-four artists from 33 countries are in Kochi for arguably India’s biggest congregation of art and artists. We ask participants from across the subcontinent to unveil their exhibits at the Kochi-Muziris Biennale that opens on December 12… 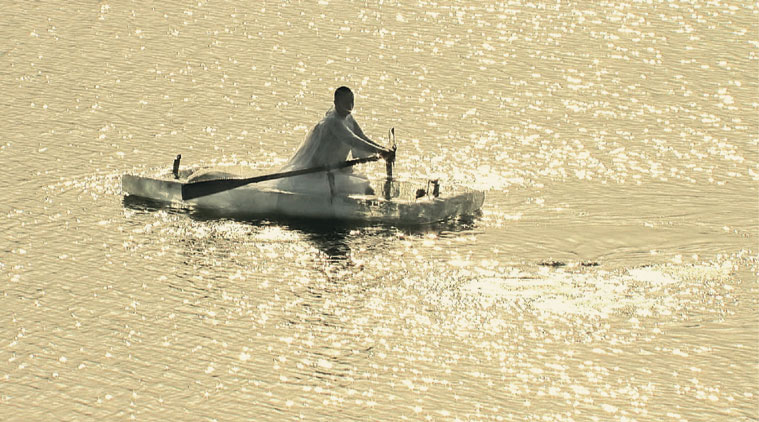 “In Iceboat, I am dressed in a white gown, as a renunciate or a devotee, and row a boat of ice on Lake Pawna (Lonavala) until the boat melts and releases me into the waters. What remains wonderful was the sense of complete oneness with my boat and with the elements; I could have rowed forever, I could have sunk forever. Since I was not wearing my glasses, my sense of space was vast and intimate at the same time — I sensed the immensity yet could only see as far as the edge of the boat. My dress is made of cellulose so the water is slowly eating it away and eventually, when I am submerged, it completely melts away. The ultimate melting and floundering is a real experience of loss made vivid in a staged and measured way, akin to the experience of disengaging and loss in the other works of the trilogy on absenting, Minds to Lose and Leaf Fall. I approached this performance as a poetic exegesis not only in the effort to stay afloat despite the inevitability of failure, but also on striving and surrendering, on coping and release, resistance and collapse. There is nobility and absurdity to the material surrender that hints at the ultimate bodily forfeiture we all must accept.” 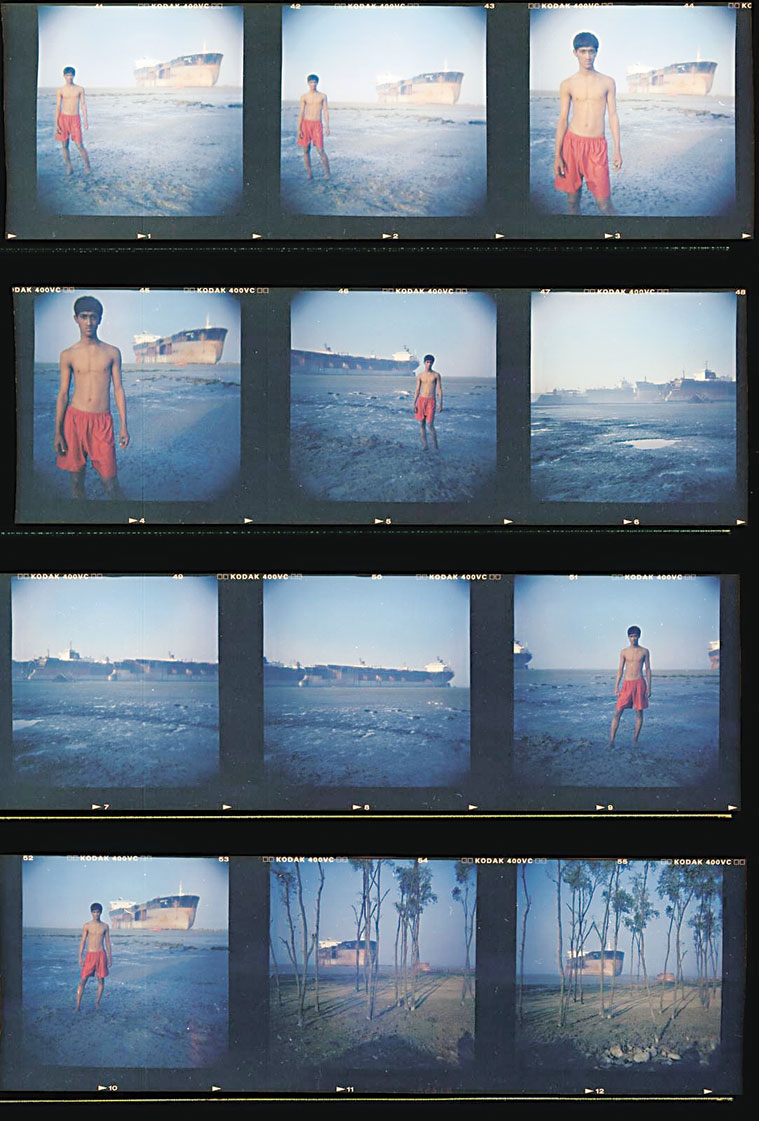 Chittagong in the Bay of Bengal marks the journey’s end for many of the world’s ships. Having out-served their function as working vessels, they are disassembled to their basic element: steel. Steel is the metonym of modernity, the element that makes the entirety. The ship-breaking yards in Chittagong mark Bangladesh’s progress in the modern world, as measured by urban growth and industrialisation. Progress is insatiable, fuelled by the profits to be made in the desire to reshape the future. Cheap, expendable labour and disregard for environmental contamination conspire to sustain a profitable industry and 90 per cent of Bangladesh’s steel. Progress comes at a price. The beached and broken ships at Chittagong are monuments to the globalised world they helped create. They embody nostalgia for a lost past, journeys beyond the horizon, extending back beyond the life of any one vessel to the embryos of our modern world in Europe’s Age of Discovery, colonialism, conquest and commercial rivalry. Just as modernity transforms and remakes all that it touches, these ships in their metal graves, like all monuments, stand mute between the past and an uncertain future.