Published on 1 June, 2015 in The Caravan Magazine 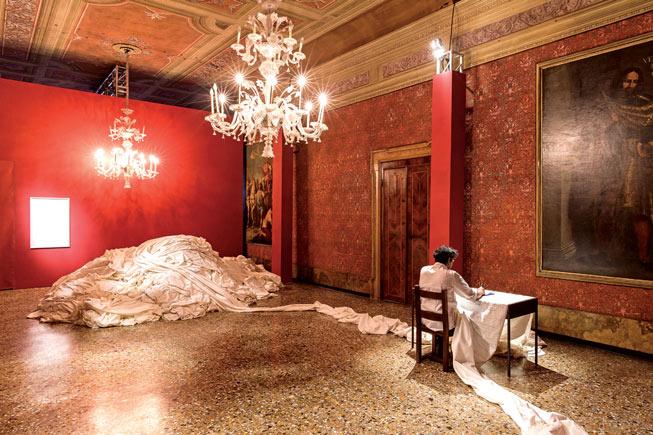 “IN 2013, at the 55th edition of the Venice Biennale, the artist Dayanita Singh stood between the German and French national pavilions, flanked by the two countries’ culture ministers, with a sinking feeling. Regarding the sea of people before her as she received plaudits for her work, Singh noted that “through the blur of hats and jackets, the few Indian faces I could see were friends I’d invited myself”—the artist Subodh Gupta, the writer Aveek Sen and the art historian Kajri Jain. “There were no Indian officials,” Singh told me in a recent interview. “It showed where we place our contemporary art.”

Singh, one of India’s leading photographic artists, doesn’t endorse a nationalist agenda. In fact, like many others in the art world today, she believes the idea of national pavilions at Venice—the world’s oldest and largest biennale, and one of the most prestigious events in the contemporary art world—is outdated. Nevertheless, the lack of an India pavilion at what is pegged as the “Olympics of the art world” made her feel “a little bit ashamed…”