Gitanjali Dang and Khanabadosh curate this project — ‘Invisible Light’ — under which, so far, two themes have been introduced: Jagte Raho and Committing a Dream 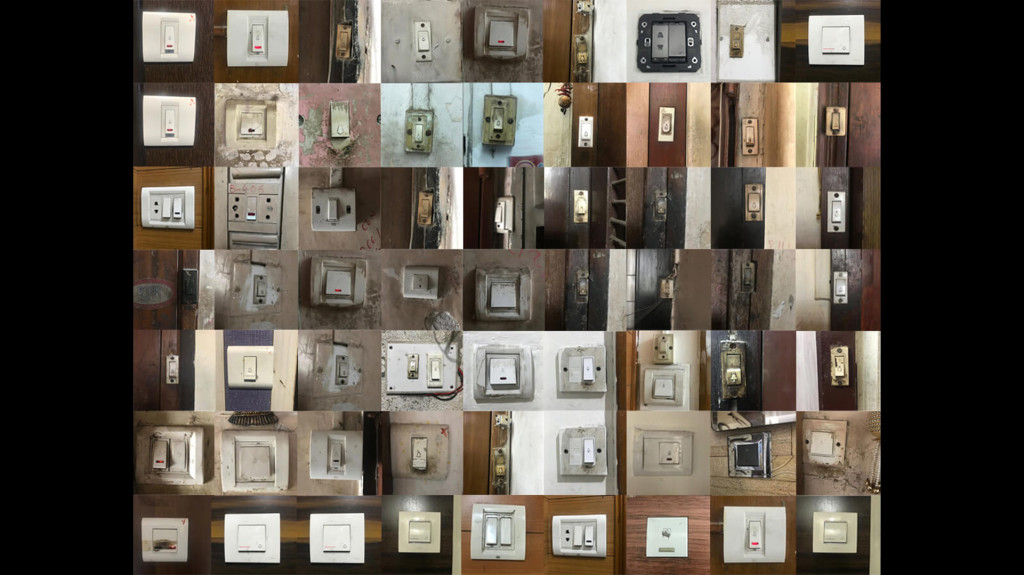 Sylvia Plath wrote her first tragic poem when she was 14. The poem commemorates a pastel drawing made by Plath, and accidentally smudged by her grandmother.

Plath was showing the still life to her grandmother when the doorbell rang. On her way to the door, the grandmother took off her apron, tossed it on the table, accidentally sweeping the drawing and blurring bits of it.

“Feeling responsible to be answerable,” says Prajakta first up about her on-going relationship with the doorbell.

What would happen if Prajakta didn’t get the door?

Often, in cities like Mumbai, crime comes to light when the doorbell goes unanswered. But if you’re alive and kicking and still not answering the door, then that in itself is a crime.

First came the drawing because calm before the storm is the norm.

“I am glad the rain is coming down hard. It’s the way I feel inside,” tweets Plath from one of her many Twitter accounts.

The grid of the drawing possibly expresses desire for a space of control and harmony. Speaking to the idea of how we go around straight-faced pretending everything is a-okay when it is not. Mauvaise foi, much. The absence of vulnerability because we cannot afford to let our guard down. Because capitalism is an overwhelming emotion.

But then again, part of the joy of being a ‘third world nation’ is that we are still not entirely and highly sanitised. Carrying emotions on the sleeve — for better, or often for worse — is still very much on the cards………