Frieze : The Complexities of Being Heard in Kashmir

‘Can you hear my voice?’ at Margaret Lawrence Gallery, Melbourne, asks what it means to claim agency amidst sectarian conflict

‘Can you hear my voice?’, a group exhibition at Melbourne’s Margaret Lawrence Gallery, curated by David Sequiera, takes its title from a 2019 video work by Kashmiri Indian artist Bushra Mir.

The desire to have a voice – to claim agency – now seems as natural a need as eating or sleeping. Yet, it’s a relatively new concept: before the dissemination and enforcement of Western cultural ideas the world over – accelerated during the 19th century ‘age of imperialism’ – societies in what’s now known as the Global South largely prioritized familial and communal units over individual expression. 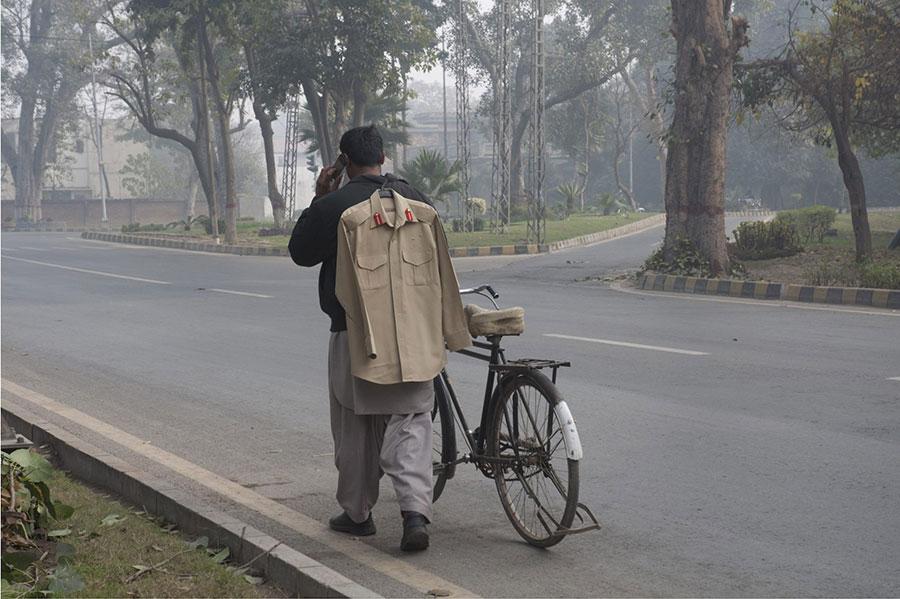 Dry Cleaners, a photo series by Karachi-born Mulji, depicts the Pakistan Army’s batmen – military servants who assist commissioned officers with laundry and other menial tasks. These mediated portraits – nearly every batman is depicted facing away from the camera, on his phone or half-obscured by the neatly pressed officer’s uniform he carries on his back – are shot winkingly, with the freshly laundered uniforms raising questions about what happens when the officials are in absentia. Mulji’s images seem to present these members of the Pakistani underclass as a quirky cultural facet, rather than a class with agency and autonomy, reaffirming a Western stereotype about South Asian identity that traces back to British imperialism.