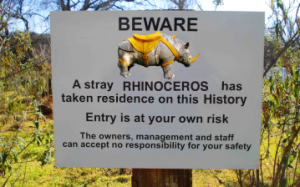 “The Raqs Media Collective (founded in 1992) is India’s cultural “think tank” for the twenty-first century. Consisting of Jeebesh Bagchi (b. 1965), Monica Narula (b. 1969) and Shuddhabrata Sengupta (b. 1968), the collective came to prominence in the 1990s with original documentary films that challenged the conventions of the form. In 2002, they made their entrance in contemporary art with the film installation 28˚28’ N/77˚15’ E at Documenta 11 (2002). Since then, they have experimented with installations, books, curating shows (Manifesta, 2007) as well as collaborating with architects, writers and theatre directors. Their work has been shown, among many other places, at the Walker Art Center (Minneapolis); the Venice Biennale (2003, 2005); the Palais des Beaux Arts (Brussels); the Liverpool Biennial (2004); Istanbul Biennial (2007) and the Guangzhou Triennial (2005). Raqs is a Persian, Arabic, and Urdu word that describes the state that whirling dervishes enter into when they whirl; it encapsulates the spirit of these polymath artists.”…