livemint: Art with a critical point of view 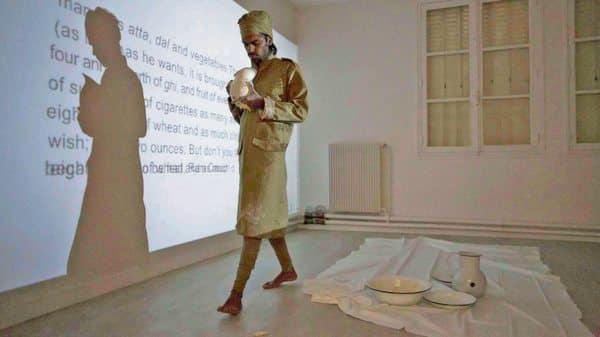 At the Jindal School of Liberal Arts & Humanities (JSLH), located within the O P Jindal Global University in Sonipat, Haryana, one can see a cluster of 537 white gauze bandages lying in a pile. Created in 2007 by Mumbai-based artist Baptist Coelho, this assemblage was, and continues to be, an entreaty for peace—a call to end the conflict, on since 1984, between India and Pakistan for control of the Siachen glacier.

This is one of the first works that the artist created while marking his shift from being a graphic designer to the realm of visual arts. “As an artist, things around you start speaking to you in a different manner. You start having a critical point of view. It was while making this shift that I came across a call for a Peace Project by the Museum of Contemporary Art Denver, Colorado, USA. I chose to respond to that by interpreting an online satellite view of the Siachen glacier through bandages,” says the Mumbai-based artist, who has won several awards including the prestigious Sovereign Asian Art Prize in 2016. He has also performed and exhibited his works worldwide such as at the Centre Pompidou, Paris, Pump House Gallery, London, and so on.

The ongoing show, Body-Automaton, curated by Premjish Achari, showcases Coelho’s evolution as an artist, juxtaposing early works such as 537 with photographs, sculptures, mixed-media work and videos of his later performances, such as What have we done for you? (2018). The latter was inspired by a photograph from World War I, in which an Indian prisoner-of-war is seen washing his feet in Wünsdorf, Germany. In the exhibition, he has combined archival research, interviews and field notes to demystify the romanticized figures of the Armed Forces.