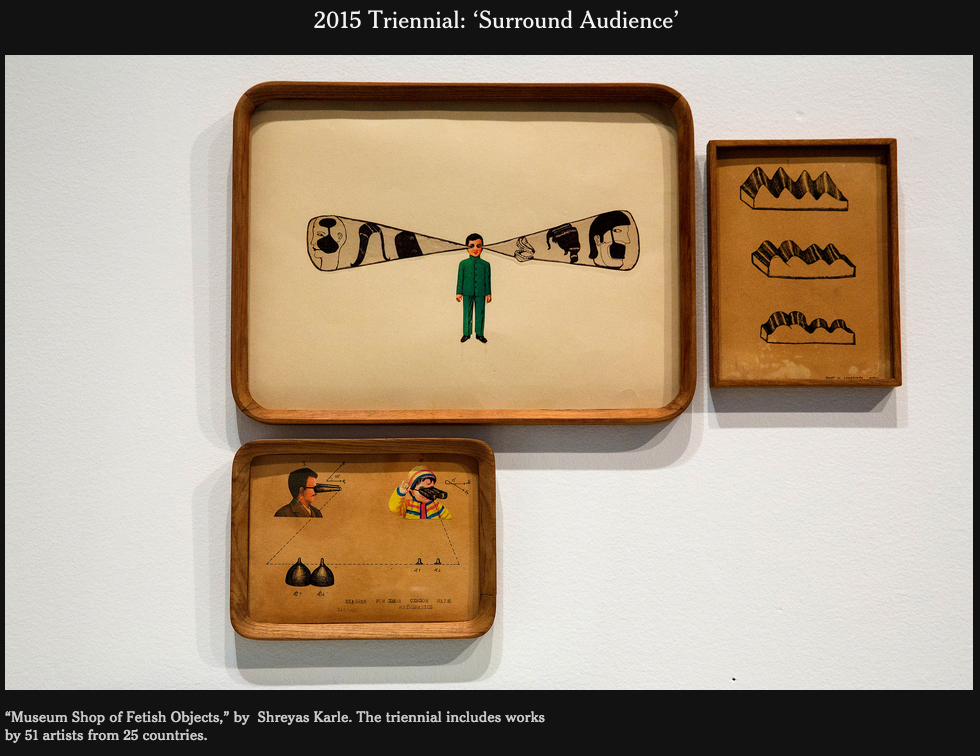 “If you’re fed up with big joke-shop sculpture, diva spectacles and brain-dead abstraction, the New Museum’s 2015 Triennial, titled “Surround Audience,” will come as a break in the clouds. Not a full flood of new light, but a pull in a different direction, a microgravity shift in a gross-objects industry. It’s a glimpse, and just that, of terrain composed almost entirely of border crossings: between genders, media, disciplines, ethnicities and species. Welcome to Planet Trans…”