“RAQS MEDIA COLLECTIVE: IN THE OPEN OR IN STEALTH” – ARTFORUM 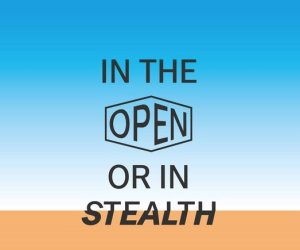 After curating the 2016 Shanghai Biennale, New Delhi– based Raqs Media Collective (founded in 1992 by Monica Narula, Jeebesh Bagchi, and Shuddhabrata Sengupta) returns with this group show featuring more than twenty international artists, including John Gerrard, Hassan Khan, Rosa Barba, and Lantian Xie. Loosely organized around theories of the future—not the future of science fiction, but the future emerging from the conflicts of the “deep present”—the works examine themes such as collectivity, memory, ecology, and systems of knowledge. For example, Gerrard’s X. laevis (Spacelab), 2017, is a programmed simulation of a frog floating in zero gravity, as if in a NASA research facility, its legs twitching like those of dead frogs subjected to electric shocks in eighteenth­ century experiments. Referencing centuries of research on life­forms, the work is a culmination of developments at the frontiers of virtual art. In conjunction with the exhibition, Raqs will release a publication relating to 21 Personae, its collection of stories about Barcelona’s diverse inhabitants…”

“RAQS MEDIA COLLECTIVE: IN THE OPEN OR IN STEALTH” – ARTFORUM