SARNATH BANERJEE AND HIS ECCENTRIC PANOPLY OF WOMEN – Anindita Ghose 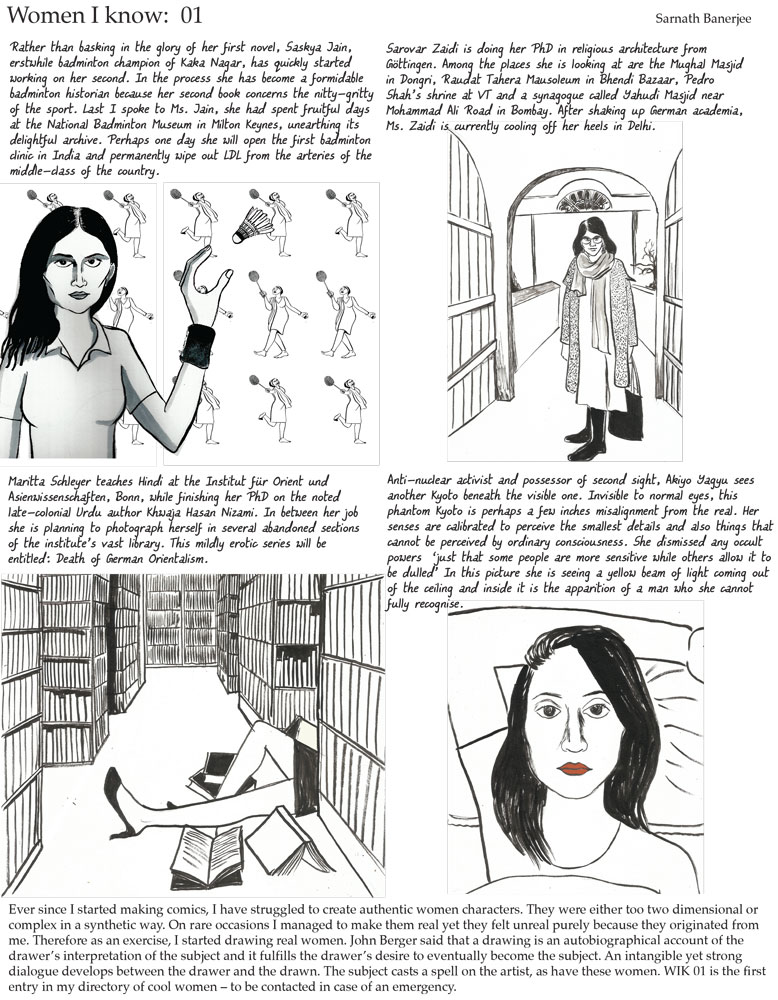 “The graphic novelist and artist on why after years of creating two-dimensional women characters, he is increasingly drawn to the real thing—see the first entry in his directory of cool women, ‘Women I Know’, created for Vogue.

For his 2011 book, The Harappa Files, artist and graphic novelist Sarnath Banerjee created a fascinating character called the ‘5-Minuten Frau’. She had short, poker-straight hair. We never really saw her face across the eight-page graphic commentary. “No matter who she sleeps with, the five-minute woman reaches climax within five minutes of having sex. One can even time her, like a trusted packet of instant noodles,” the accompanying text read…”

Sarnath Banerjee and his eccentric panoply of women – Anindita Ghose