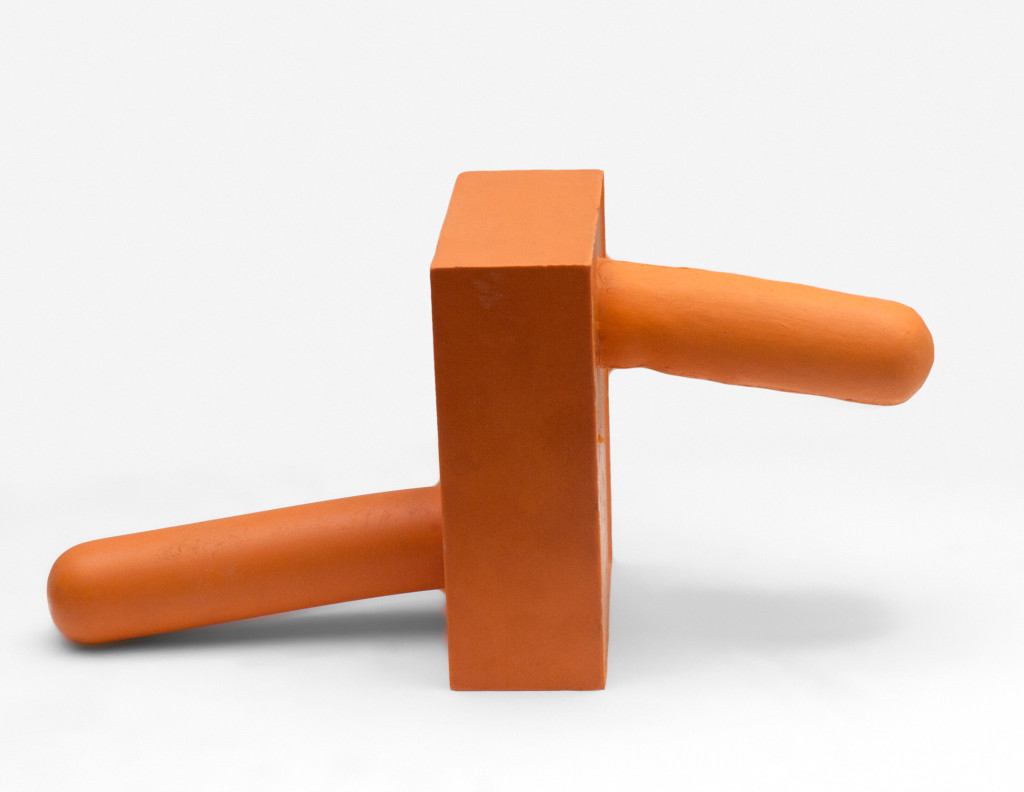 “He-she object, silicon rubber, 2012”
Karle’s art revolves around a critique of Indian mass culture—this work, which is meant (somewhat satirically) to be used by both a man and a woman in a sex act, is part of a larger work that delves into the misogyny of Bollywood.

“The New Museum’s Triennial opened today in New York. The exhibit, titled “Surround Audience,” is organized by the museum’s own curator, Lauren Cornell, along with Ryan Trecartin, a video artist known for creating manic videos and installations featuring him, his friends, and a seemingly limitless supply of face paint and props. Together, Cornell, Trecartin, and a number of curatorial assistants have assembled works by 51 artists from 25 countries that span sculpture, performance, painting, and in the case of an installation by the collective DIS, a hybrid kitchen-bathroom fabricated by the high-end appliance maker Dornbracht…”