The Otolith Group: A Lost Future : THE BROOKLYN RAIL 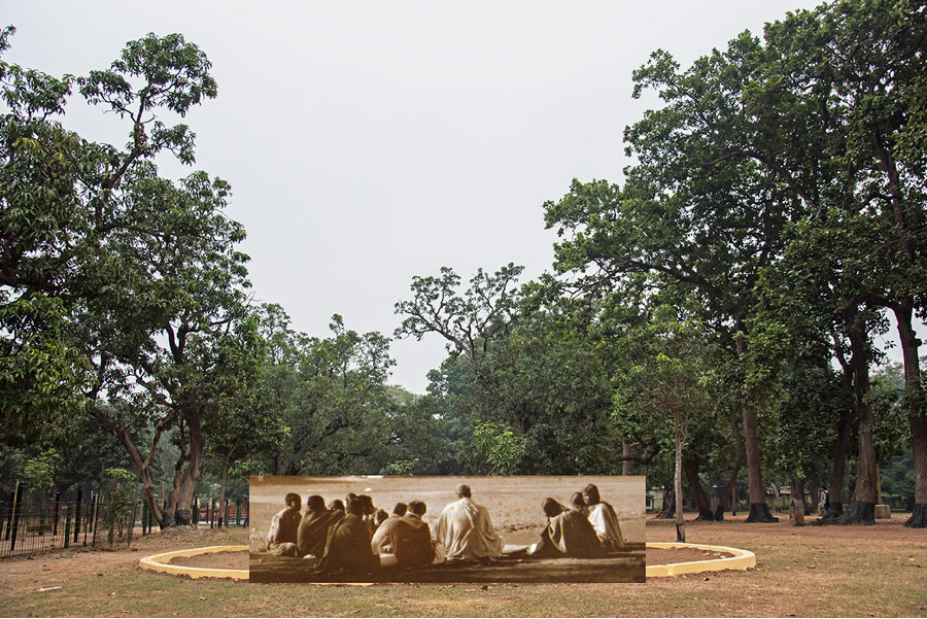 A Lost Future, at the Rubin Museum of Art, is a tripartite exhibition that forms part of the museum’s year-long exploration of “the future.” Curated by Beth Citron, the Rubin’s curator of modern and contemporary art, the show opened on February 23 and runs through January 28, 2019. Its first phase, A Lost Future: Shezad Dawood (Feb. 23 – May 21), foregrounded the work of Dawood (b. 1974, London). The current chapter, which runs through September 17 and is the subject of this review, focuses on the Otolith Group (a collaborative project founded in 2002 between Anjalika Sagar, b. 1968 and Kodwo Eshun, b. 1967, both based in London). The final part will feature Matti Braun (b. 1968, Berlin). Work by all three artists is displayed throughout the show, although the Rubin’s central cove focuses more particularly on individual artists based on when you happen to visit (right now, therefore, the space is given over to The Otolith Group).

Founded in 2002, the Otolith Group comprises Anjalika Sagar and Kodwo Eshun, who operate at once as artists, theorists, and curators. In the Otolith Trilogy (2003 – 09) the Group mingled science fiction, archival footage, live-action imagery, and narrative voiceovers to advance the notion of what they term “past potential futures.” The group’s work has primarily focused on India’s history of (ultimately frustrated) socialist and collectivist aspirations in the wake of the nation’s emergence from British colonial rule in 1947; her role in forging the Non-Aligned Movement which, from 1961 through the end of the Cold War, allowed a small number of nations to navigate a political pathway unaffiliated with either Western or Eastern blocs; and the revolutionary feminist and postcolonial actions that galvanized national sentiment for a few brief decades.

Otolith I (2003), for instance, follows a distant (fictional) descendant of Anjalika Sagar as she mines what appears to be an extensive archive of historical images through the journal of her ancestor. From imagery of protests leading up to the US-led invasion of Iraq, to a lengthy section on the actual crossing of paths, in 1973, between Soviet cosmonaut Valentina Tereshkova (the first woman to travel to outer space) and Anasuya Gyan-Chand (Sagar’s grandmother, then-president of the leftist National Federation of Indian Women), the film works through failed political insurgencies and moments of latent potentiality, seeing them as still-alive, still vibrating with energy.