Published on 22 December, 2014 in The Indian Express 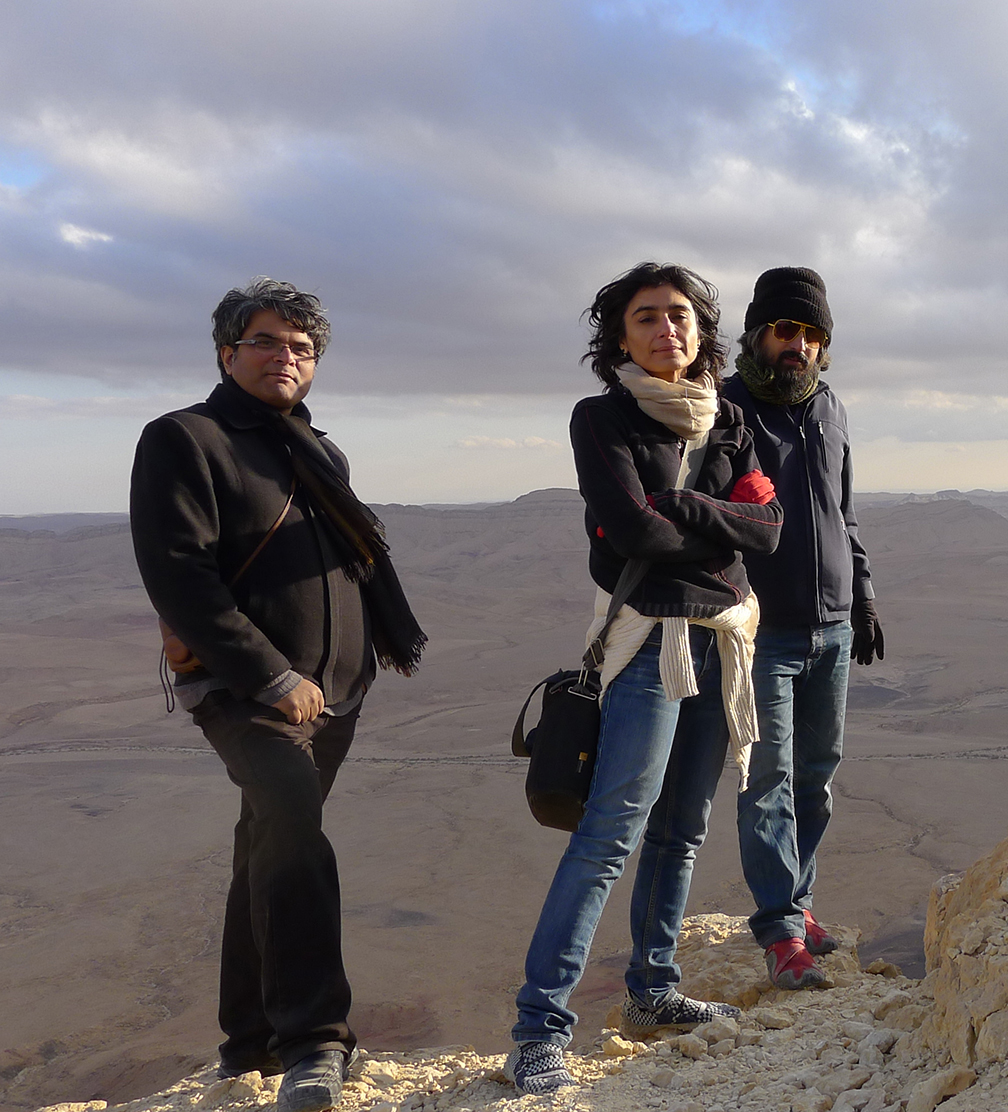 “Visible from ferries to Kökar (Åland Islands) and cruise ships to Stockholm is a text sculpture in steel that arises from the Baltic Sea. It reads: More Salt In Your Tears. A public art project by Delhi-based Raqs Media Collective, it was conceptualised in 2010, and brought to attention the effect global warming has on the non-salty water body. A more recent project of the Collective aka Jeebesh Bagchi, Shuddhabrata Sengupta and Monica Narula, is Re-Run (2013), a video installation inspired by a photograph taken by Henri Cartier-Bresson in 1948 in Pre-Communist China. They’ve exhibited far and wide for 22 years, and have also dabbled smoothly with curatorial projects, think “Manifesto”, “Sarai Reader 09” and “Inset 2014”. As the Delhi-based trio presents “Asamayavali / Untimely Calendar”, their heftiest show till date in the last 22 years , they insist this is not a retrospective…”