Why photographer Chirodeep Chaudhuri is fascinated by Mumbai’s public clocks 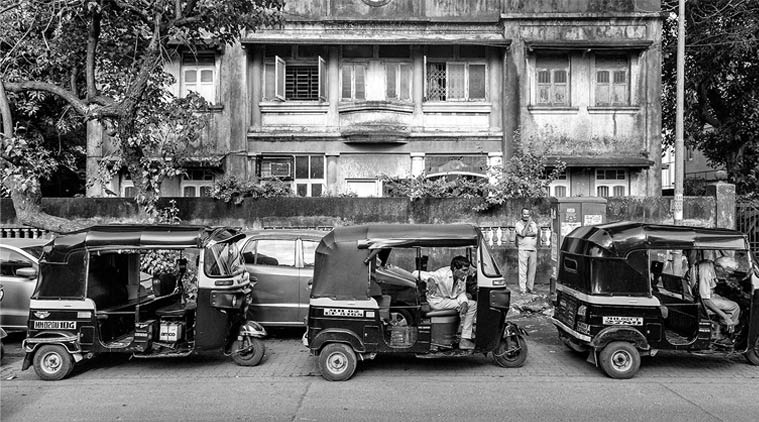 Public clocks have caught photographer Chirodeep Chaudhuri’s eye for a while now. During his research in Mumbai, about 15 years ago, he came across an old home in Vile Parle, crowned by an old German clock. The owners had a shop at Abdul Rehman Street that sold time pieces. In the 1950s, the clock had been installed by men flown in from Germany. Since then, the weekly ritual at Bhagat Bhuvan was for the head of the family, Janak Bhagat, to wind the clock on Sunday morning. The clock ran for about a week, before the process was repeated.

Similar stories of how a city in a hurry finds the time for its public clocks are a part of Chaudhuri’s exhibition, “Seeing Time: Public Clocks of Bombay”, on at Max Mueller Bhavan in Mumbai till February 20.

Eighty-one public clocks in Mumbai, old and new, that Chaudhuri, 47, discovered simply by walking around in the city or through tip-offs from friends, make their way into the show. In one frame from 2016, Chaudhuri zooms in on the shop, Shridhar Bhalchandra and Co., established in 1917, that sold the Maharashtrian nauvari saris in Girgaon. Its shutters are down and a clock rests in between its nameplate. The day Chaudhuri spoke to the owner of the store turned out to be its last day. “What’s unusual about the clock is that there are no numbers, and it is made up entirely of Hindi alphabets that make up their shop’s name,” says Chaudhuri. When the clock stopped working , passersby and neighbours would go to the sari shop, inform the staff and ask them to get it fixed. “So people did engage with this technology. In earlier times, people negotiated the city by foot, unlike today where many people are driving around and being driven. When you are walking around the city, the chances of spotting the clocks are much more. A lot of them are now defunct because that necessity has worn off, a lot more of us are looking at wrist watches or our mobile phones,” he says.