Published on 3 January, 2015 in The Hindustan Times 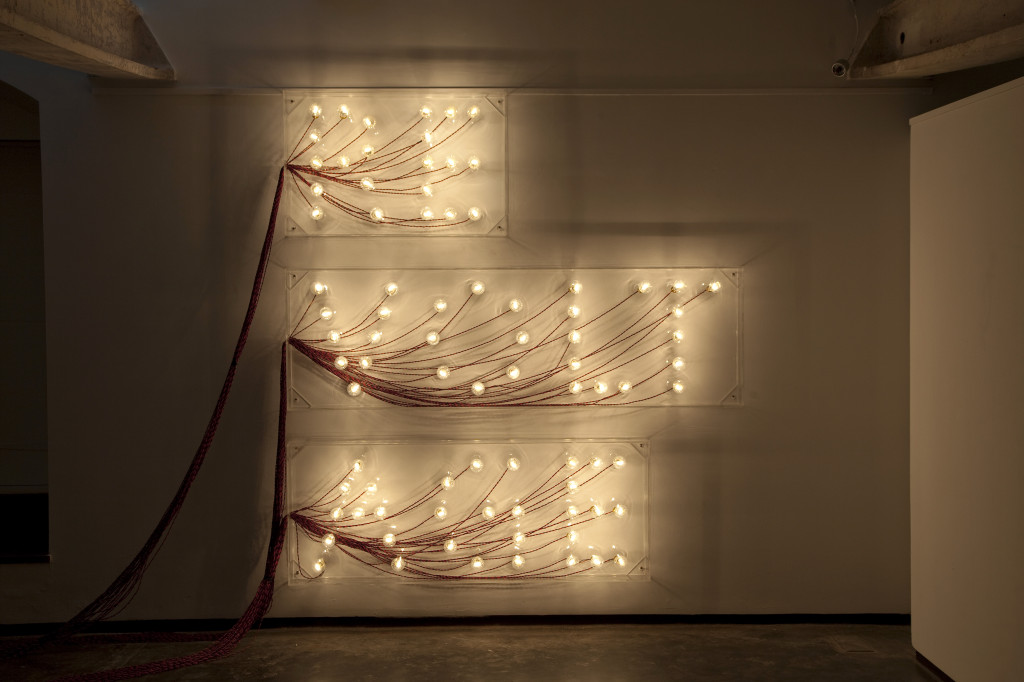 “A series of light bulb fixtures named Revoltage, perhaps calling for our inner rebel energy to survive the conflicts of current times; a carpet suspended mid-air to give an impression of flight; an installation of a handprint that seems to exhort you to act before its too late. You may think you are in a wonderland or a laboratory where every curio is a specimen to be studied, but all this and many more such puzzles are part of the thought-provoking artworks displayed at the ongoing multimedia exhibition titled Asmayavali (The Untimely Calender) by the Delhi-based Raqs Media Collective…”